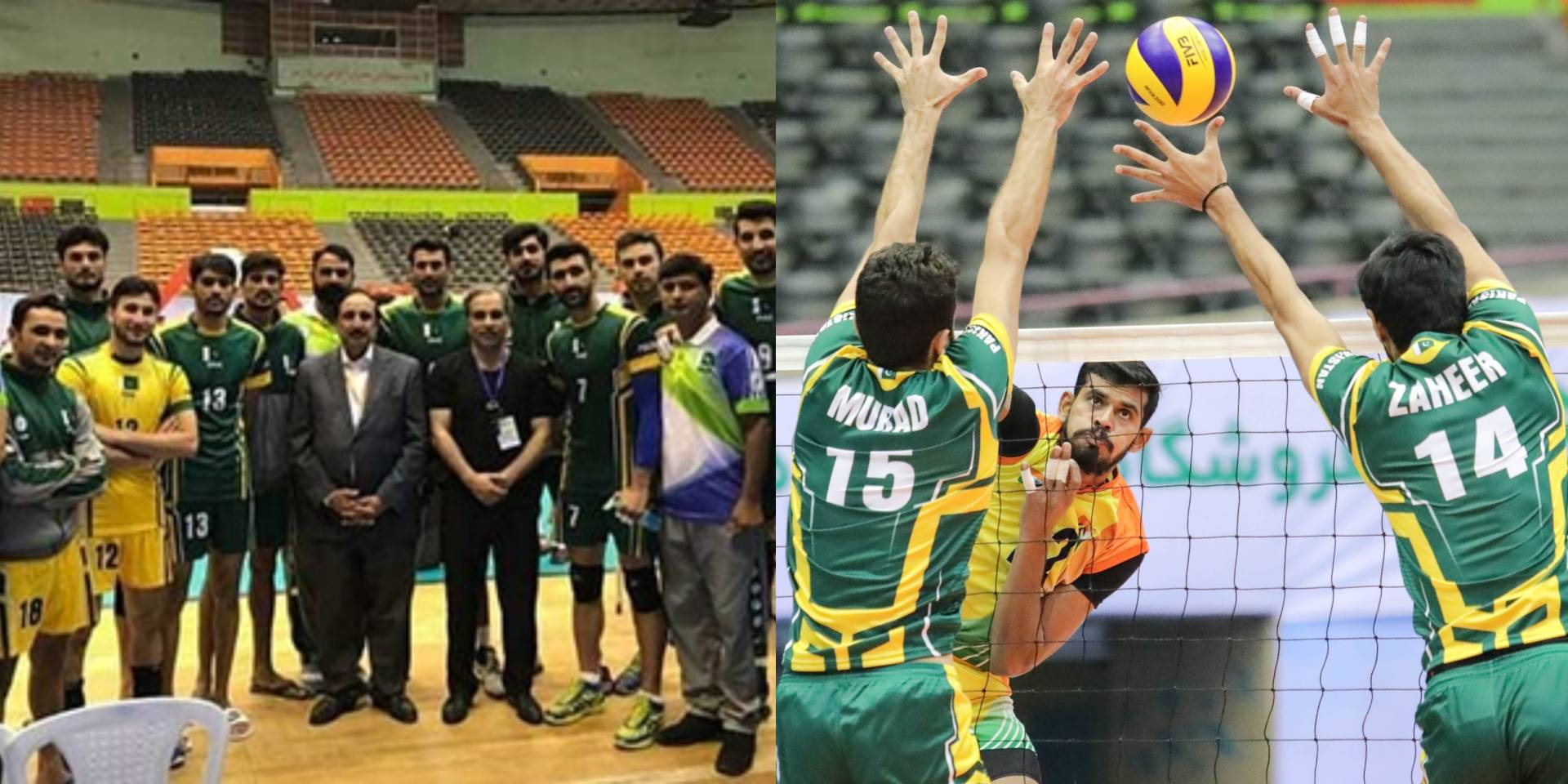 The game on Saturday between India and Pakistan of Asian Senior Volleyball Championship in Tehran ended up in a win for Pakistan. The green flag was in the lead in the first two matches with scoring 25-23, and 25-21. But then India caught the lead in the later two matches with 20-25, and 19-25. However, in the final round Pakistan came in strong and secured the win with 15-6.

The country with this 3-2 win took a lead in the chart of the championship claiming 7th position in a 16-team contest, according to the results released by the Pakistan Volleyball Federation. Not just this but it has also lead the country towards its eligibility for the Olympic qualification tournament where only the top eight teams of Asian Senior Volleyball Championship will play in January 2020 in China.

Also Read: Mohammad Waseem Only Took 82 Secs To Knock Out His Filipino Opponent! Named The Win To Kashmiri Brethren

However, Pakistan had lost in the quarter-final to one of the giant teams of the event, Australia. The country won with being a single point ahead of Pakistan 2-3. Hence, qualifying for the final of the championship.

Pakistan played an outstanding game against India. With Aimal Khan ferociously attacking India’s defense and Mubashir put up as a fine defense in the game, winning points for the team at crucial moments.

Ch. Mohammad Yaqoob, Chairman PVF said that the way Pakistan performed against Australia greatly encouraging as Pakistan lost the game by a narrow margin. But the victory against India was worth it as the opponent team’s country was spending a huge budget on the team.

After the performance of Aimal in this Volleyball championship, he is being contacted by many countries to play in their professional leagues. And is even receiving great offers for a league of three months for which he is offered Rs 7 to 8 million. According to the statement of Yaqoob.

Meanwhile, it is notable that numerous other Pakistani players like Mubashar, Wasim and Murad are have been playing leagues for quite a while for other countries already.

Also Read: Meet Mahoor Shahzad – Pakistan’s First Ever Female Badminton Champion Who Made It To The Top 150 In The World!

Yaqoob also made an appeal to the Pakistan Sports Board to keep the contract with the South Korean coach up for the Pakistani team as much improvement has been observed in the team ever since his induction. He also added that his importance for Pakistan is also crucial in other dimensions too.

India and Sri Lanka also have foreign coaches and could give Pakistan a close competition in the upcoming tournaments. One that is upcoming in December this year, South Asian Games being held in Nepal.

Nimerta Case Update: Young Student Allegedly Ended Her Life Because Of Marriage Refusal!
This Man Wants to Travel from Karachi to Hyderabad and Needs Your Help For His Dream to Come True!
To Top