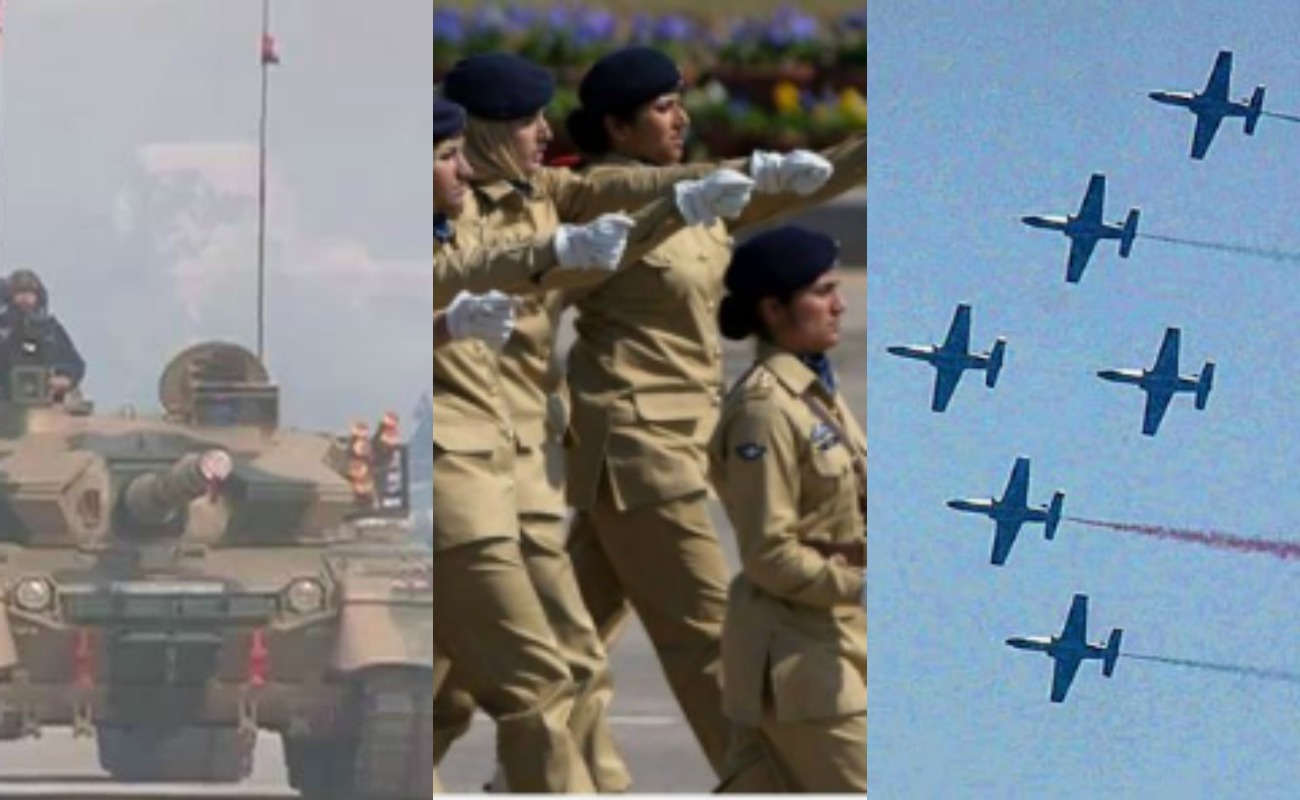 Pakistan Day marks that memorable event of the 1940’s when Quaid e Azam Muhammad Ali Jinnah confirmed in front of thousands of people, that a new nation of Pakistan will be made. This became known as the Lahore Resolution, marking a great achievement of our founding leader, and the beginning of the completion of our national poet’s dream, Sir Allama Muhammad Iqbal. Over the course of history, this day, 23rd March, became to be known as the Pakistan Day. Celebrated by all the armed and security forces of the country, the general public is most excited about the annual event that takes place in Islamabad. The Pakistan Day parade holds a special place in the hearts of all people, and one of the reason is quite obvious.

A number of events took place today. Which one was your favorite one? Let’s review some of them:

A practice that has been carried out for nearly as long as the creation of Pakistan itself, the Pakistan Day parade was suspended for 7 years due to rising terrorism. However, brilliant efforts by the government, armed forces, and intelligence in crushing such heinous activities made the country a lot stronger. Hence, in 2015, the parade resumed.

This years parade holds a special significance as we all saw Chinese troops taking part in it as well!

China’s People’s Liberation Army joined hands with Pakistan’s forces, along with the Saudi army, and Turkish army band to show the world their strong support and friendship with Pakistan and its people.

Chinese soldiers are proud to join Pakistan Day Parade. They chanted Chin-Pakistan doosti zindabad! It added a new chapter to our friendship pic.twitter.com/ModdMQT2kC

These Sherdil pilots show they are they eagles of the sky!

Flying high and close to each other, they leave us in awe. Every year they display a jaw-dropping aerial performance, saluting the spectators and the President in a unique manner.

The fighter jets, the attack helicopters, the thundering noise of the jets, Pakistan Day makes our morning exciting!

Don’t you feel proud? So much negativity and bringing us down through terrorism & what not and yet we stand strong? 🙂 #WeArePakistan <3 pic.twitter.com/YdL14HdJAy

Pakistan Army Lets The World Know That They Are Not To Be Messed With!

The Armoured Corp Makes Sure They Provide Support In The Harshest of Conditions!

On This Day, Even The Women Do Not Back Away From Showing What They Are Capable Of!

The Pride Of Pakistan And The Symbol of Pak-China Friendship, The Thunder!

Next time we should hire Alan Wilkins and Danny Morrison as commentators for Pakistan Day parade.

People surely look up to this day, and nothing is more exciting than getting up early on a holiday just to watch the parade taking place in Islamabad, or the local one happening in major cities. Although the quality of the camera is questioned every year, it is the sight of these battle-ready troops and their equipment that lets us know about our power to defeat any sort of terrorism. May Pakistan prosper, always!

There May Not Be Food Or Water, But WIFI Is Absolutely Necessary In Tharparkar
7 Things Every Pakistani Needs To Know About The First-Ever Pakistan Day!
To Top