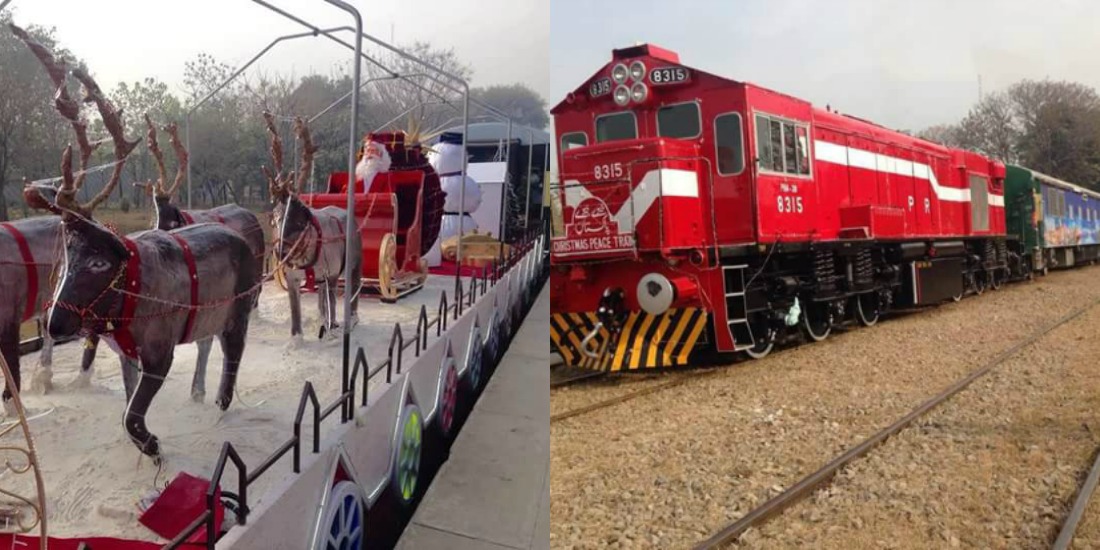 In one of the finest moves by the current government, Pakistan Railways has produced a masterpiece under the leadership of Khwaja Saad Rafique, Minister of Railways. Say hello to Pakistan’s first ever special edition Christmas train!

In a bid to show support and adoration towards the Christian (Massih) community of Pakistan, the country’s railway has done a commendable and wonderful job, showcasing a first of its kind Christmas Train. Finally, a glimpse of Quaid-e-Azam Muhammad Ali Jinnah’s Pakistan can be seen in the work of the current government and the project. 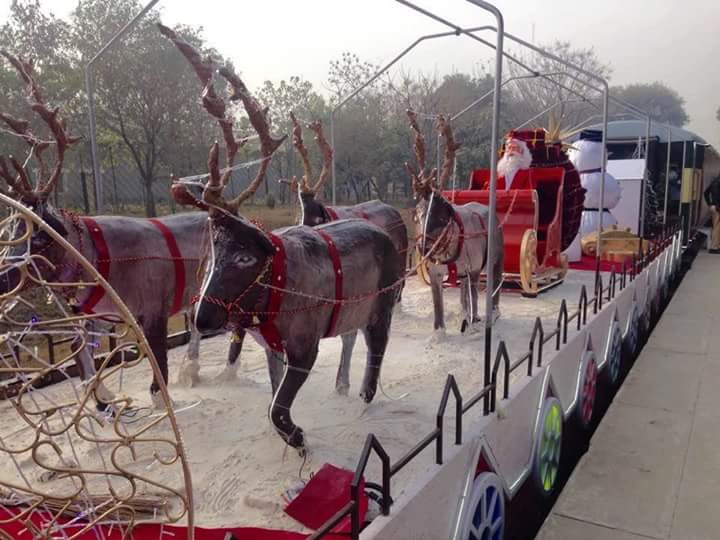 The train can be seen with Santa Clause and his sleigh of reindeer, chimed in traditional fashion and the aura of Christmas. The sleigh looks neat and well prepared and not just a ‘Pakistani kaam chalau tareeka’. In recent times, the current government has tried its best to better the inter-community ties between minorities and Muslims, showcasing different acts that protect and showcase brotherhood between different religions and not intolerance and extremism. 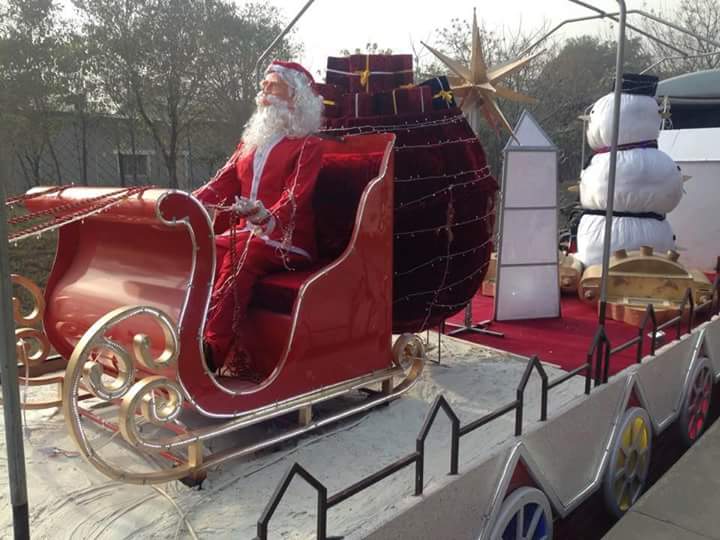 In all honesty, Santa Clause looks neat AF here and the snowman at the back adds a pretty decent touch to the train. 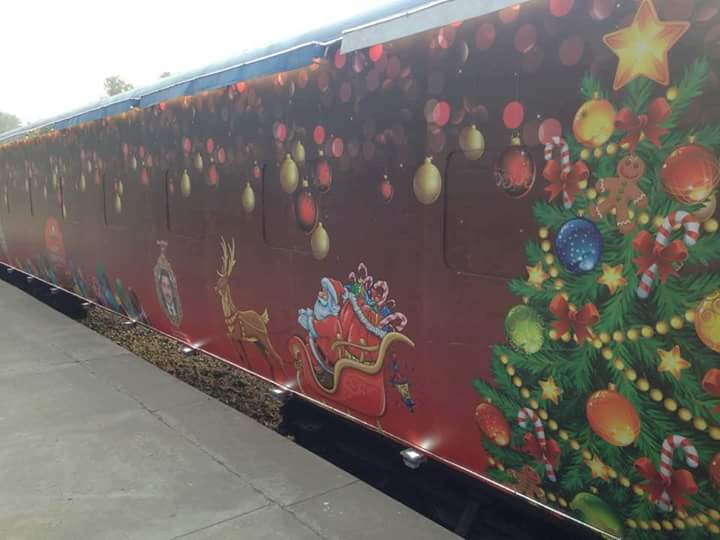 Even the bogeys were decorated in Christmas style, with Christmas trees, lights, buntings, candy canes, gingerbread men and Santa’s cortege, including Rudolf the Red-Nosed Reindeer. 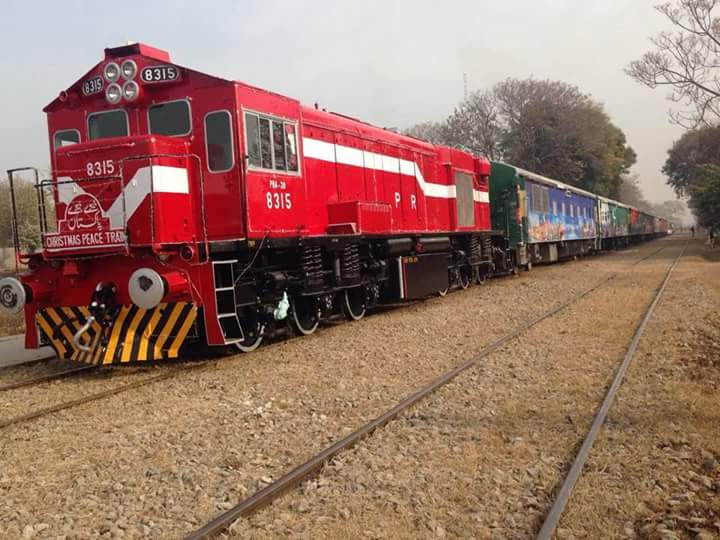 Even the engine of the train has been painted in red and on the front it says ‘Christmas Peace Train’ – backing the fact that the purpose of the project is to propose inter-community and inter-religion harmony between our Christian brothers and others on the special occasion of Christmas.

After Minister of Railway Khwaja Saad Rafique tweeted about the train, the act was lauded by almost all who replied to his tweet and it was shared a number of times.

The Minister who has changed the failing system of our railway in Pakistan was appreciated for the initiative and dubbed as ‘the first ever in Pakistan’s history’. The act did take effort but it is pertinent to add here that it is something that the Christian community deserves after a number of incidents where precious lives were lost, including suicide bombing inside churches, burning of Christian colonies in Lahore and other acts where the community was suppressed in one way or the other.

This is indeed a glimpse inside Quaid-e-Azam Muhammad Ali Jinnah’s Pakistan, as he saw it. A country where religious minorities were given similar attention to the minorities and were taken care of. It seems that there’s a reason why Quaid-e-Azam day and Christmas fall back and forth.

This Person’s Story On Bullying Shows Why Society Should Take It Seriously!
7 Things NUST Offers You Excluding Education and A Career!
To Top