Pakistan Cricket Board (PCB) has confirmed that seven more cricketers have tested positive for Covid-19. These are the members of the Pakistan squad for the England tour.

Pakistan Cricket Board confirms that the total number of Covid-19 positive players now stands at ten.

Earlier on Monday, Shadab Khan, Haris Rauf, and Haider Ali tested positive. On Tuesday, PCB announced that seven more players have tested positive before the England tour.  The team was to depart for the tour on June 28. 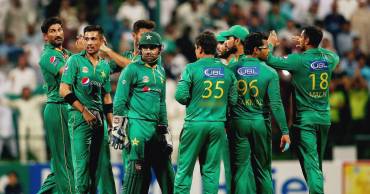 In addition, these seven infected players are – Mohammad Hasnain, Fakhar Zaman, Kashif Bhatti, Mohammad Hafeez, Mohammad Rizwan, Imran Khan, and Wahab Riaz. They all took the test for the Covid-19 virus along with their 29 squad members.

Despite having ten players who are infected, the PCB CEO Wasim Khan announces that the tour remains to be on track. Whereas, all these ten infected players will not travel with the squad when it departs for Manchester on Sunday. 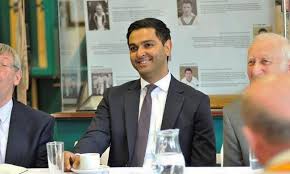 The PCB CEO Wasim Khan says that the Covid-19 positive will not derail the plans. Pakistan is due to play three Test matches, as well as the Twenty20 series in England in August and September. These plans do not seem to be affected by the unfortunate test results of the ten players.

Khan says that all the first choice red-ball squad has tested negative. Therefore they can immediately start with the training and practicing process once they are tested and given the all-clear after arriving in England.

The first trio was tested positive in Rawalpindi earlier on Monday. These included Haider Ali, Shadab Khan, and Haris Rauf. Although it was five players who got themselves tested, two of them were shown to be clear- Usman Shinwari and Imad Wasim.

The final itinerary will be announced later this week.

The trio is self-isolating at home and is to join the tour at a later date. These three are considered to be in the team’s white-ball plans. Usman Shinwari and Imad Wasim are to travel to Lahore prior to the squad’s final departure.

Meanwhile, the head coach Misbah-ul-Haq is reviewing the training schedule in England. Plans are being made for reserve players to get tested as a backup.

As soon as the infected players test negative, they are to fly over to England to join the squad. The fact that some of the fittest athletes who did not even show any symptoms got infected show the danger this deadly virus possesses.

The PCB has confirmed that these are the only batch of results that are known till now. Apart from this, Mohammad Amir and Hairs Sohail have refused to tour. Pakistan will definitely play the three Tests and the Twenty20 series during its tour of England.

Revised PSL schedule was also announced earlier by PCB due to the Covid-19 scare.