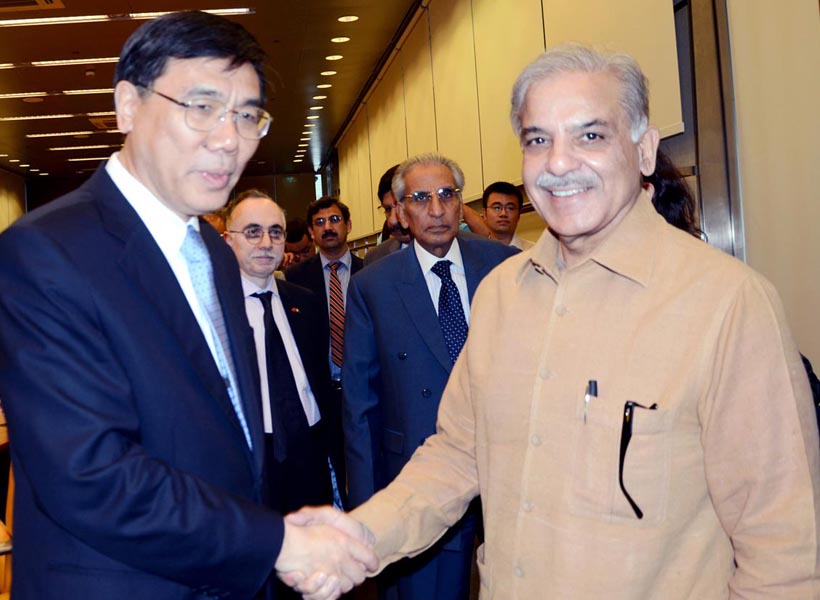 LAHORE: Punjab Chief Minister Shahbaz Sharif said that useful dialogue was held and important progress was made with Chinese authorities on the cooperation of energy, infrastructure and other sectors.

On his arrival from China at Allama Iqbal Airport in Lahore Wednesday night, he said his visit to China remained successful in all respects, while talking to the media.

He said that Pak-China friendship is strengthening with the passage of time, adding that energy projects are being completed with the cooperation of China, which will assist in overcoming the issue of load-shedding.

With the elimination of the energy crisis, exports will increase and new job opportunities will be created, he said.

Shahbaz said that under the leadership of Prime Minister Nawaz Sharif, the Pak-China friendship has entered a new era.

He said that during his recent visit to China, projects of energy and the economic corridor were discussed, adding that the Orange Line Metro Train project would be a glorious example of the Pak-China friendship.