Pakistan Army Just Built A Girls School Over Terrorist Hakimullah Mehsud’s HQ And This Is A Huge Statement!

It’s not hidden from anyone that Pakistan had been the most affected victim of terrorism in the past and is still fighting to end it completely. Operation ‘Zarb e Azb’ and operation ‘Radd ul Fasaad’ are the two prime examples of eradicating the militant groups spreading violence within the country. The success rate of the Pakistan Army in the operations is successively high till date.

Back in the date when Baitullah Mehsud, one of the leaders of the militant group ‘Fedayeen al Islam’ and the founder of the extremist organization ‘Tehrik e Taliban’ was killed by the American Central Intelligence Agency (CIA’s) drone missile strike, his brother Hakimullah Mehsud took over. Apparently, Hakimullah Mehsud became the emir of Tehrik e Taliban, the umbrella organization of various militant groups based in the Afghan area after his brother’s death. 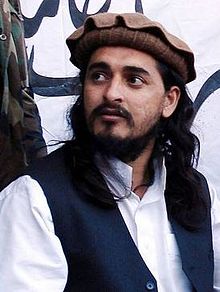 In 2013, the intelligence agencies of Pakistan broke the massive news of Hakimullah Mehsud’s death. It was reported that another CIA strike killed Hakimullah just like his brother but the claims were denied by the group members at first. Later, it was confirmed that Hakimullah actually died by the American intelligence drone strike in Dande Darpa Khel, a village situated in the North Waziristan area of Pakistan.

During Hakimullah Mehsud’s life, he had given many controversial statements against the Pakistan Armed Forces. In his presence, the Tehrik e Taliban headquarters were also constructed for the convoys in Orakzai Agency. At one point, while giving an interview to the BBC, he even stated that “if Pakistan Army could somehow manage to reach his headquarters, I’ll start wearing bangles.” 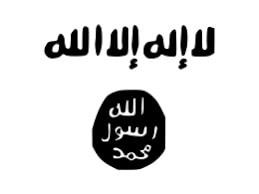 Well, after Hakimullah Mehsud’s death, clearing his headquarters was also a part of Pakistan Army’s operation. Back then, the Pakistani jawans made it sure that the area is purified from terrorism and promised the people of Pakistan that they’ll turn the headquarters into something really valuable.  Recently, the Pakistan Army fulfilled their promise and Pakistanis can’t stop praising their efforts.

Pakistan has been really blessed to have the number 1 ranked army in the whole wide world. According to recent reports, the Pakistan Army has turned Hakimullah Mehsud’s headquarters into a high secondary school for girl’s. The headquarters have been rebuilt by the Pakistan Army for education purpose and the admissions will be starting soon. It has been rightly said that education is the best answer to violence and destruction.

Check out the full news!

Who would have thought that the mastermind of Tehrik e Taliban’s created headquarters will be a place for education? Well, a huge salute to our Pakistan Armed Forces who’s constant efforts and sacrifices make the impossible, possible every single time.

Want to add something to the story? Write in the comments section below!

Zaheen Tahira’s Heart Attack Has Her On A Ventilator And The World Is Grieving
FATF Warns Pakistan To Complete ‘Goals’ By October 2019!
To Top