September is the month that reminds us of the times Pakistan Air Force, Army and Navy defeated India and defended every inch of our homeland. Our Jawans holding the weapons, flying the aircraft and sailing the sea continue to make us proud. As September coincided with the lockdown in the Indian Occupied Kashmir. The power show on this defense day by Pakistan Air force sent a strong message to the Indian politicians and forces.

The tea was fantastic and so was the Defence:

Pakistan Air Force chose to bring out the details of the attacks carried out on 27th February 2019 – providing proof the world that it was Pakistan that went inside India and caused damage, that too, at their own behest.

After the Indian Military tried to attack a military settlement within Pakistan’s territory and ended up damaging some trees and losing their aircraft. Their SUE 130 fell on the other side of LOC but they presented Pakistan with MiG-21 Bison and Abhinandan Varthaman, who was later awarded the highest Indian military award for loving our tea. 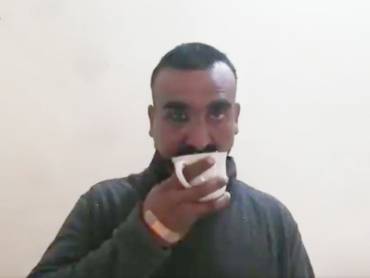 ‘Mujahideen-e-Aflak ko Salam’ ceremony held on 14th September was a beautiful tribute to the Shuhadas and Ghazis of Airforce. The Highlight of the day was surely the two heroes that gunned down two Indian Aircraft on 26th February.  PAF wing Commander Nauman Ali Khan Sitara e Jurat and Sqarden Leader Hasan Ali. 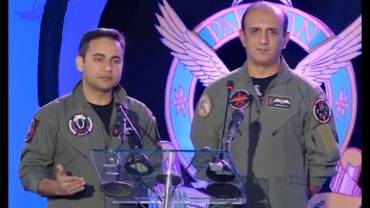 The two heroes talked about their experience and we could literally feel goosebumps. The Indian Military attacked deep into the night and failed to engage their targets, While the PAF Shaheens attacked in the broad daylight. And waited in their skies to challenge them and returned unharmed.

"Enemy jets came in the darkness, missed targets & rushed back in panic"while #PakistanAirForce dared to hit in daylight &remained there to challenge [Indian] air defence."As soon they crossed LoC it did not take me a second to fire the missile": PAF Wing Commander Noman Ali Khan pic.twitter.com/A4vINymVmD

Their message to the nation was sleep tight we are watching over you.

Pakistan Airforce revealed the details and the logic behind engaging the Indian Military targets on the 27th of February in broad daylight and not targeting them accurately. In a presentation by the deputy Air chief operation Pakistan Air force Haseeb Paracha. He presented the details of the Operation Swift retort that was carried out to respond to the Indian attack on the Pakistani Kashmir. 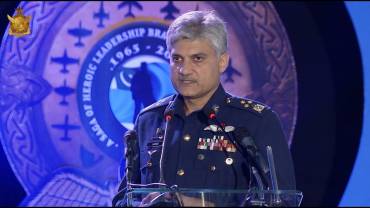 The Pakistani Deputy Air chief operations said Indian Attack was never a surprise. We were closely monitoring the Indian Airforce movement. On the 26th of Feb, Indian Airforce attacked Pakistan from four places with 20 planes. Being in a hurry and without any proper planning 8 out of these 20 aircraft ran without ever engaging. While the 4 fighter jets that did drop their bombs choose to just drop them randomly.

And these are the missile that Abhi Nandan never got to fire, and so there wasn’t any damage on our side. 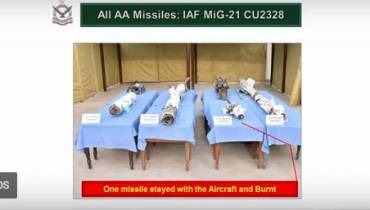 A Patriotic Pakistani Made A Short Film On “Operation Swift Retort” And Wah Kia Baat Hai!

PAF proved with videos and pictures that Pakistani Fighter Aircraft was in Full Control:

The Indian Army could never prove what they wanted to hit. So now the ball was in Pakistan’s court. But being a peaceful nation we did not want to cause any civilian damage and wanted to send our message across. Pakistan planned to target 9 Indian targets and instead of choosing to hit them we deviated our target to the side. This was just to prove we are capable but we do not want war. 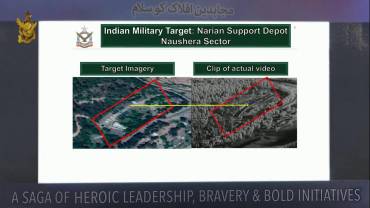 The Pakistani Aircrafts made clear pictures and video of the targets and the attack so we could show it to the world that we are totally in control.

Here are the proofs of #PakistanAirForce when PAF hit back and locked Indian military installation targets, made pictures & videos in January 19. We are proud of our forces #PAF 🇵🇰❤️ pic.twitter.com/Q9ikzm6K7Z

We are immensely proud of our Shaheens and jawans always guarding our borders.

Do add your precious thoughts to the narrative. The comment section is open for you.

7 Best Pre-Schools In Karachi Where You Can Send Your Child Without Having To Worry!
Farhan Saeed Calls Out Indian Singer Salim Merchant for Blatantly Copying his Song ‘Roiyaan’
To Top