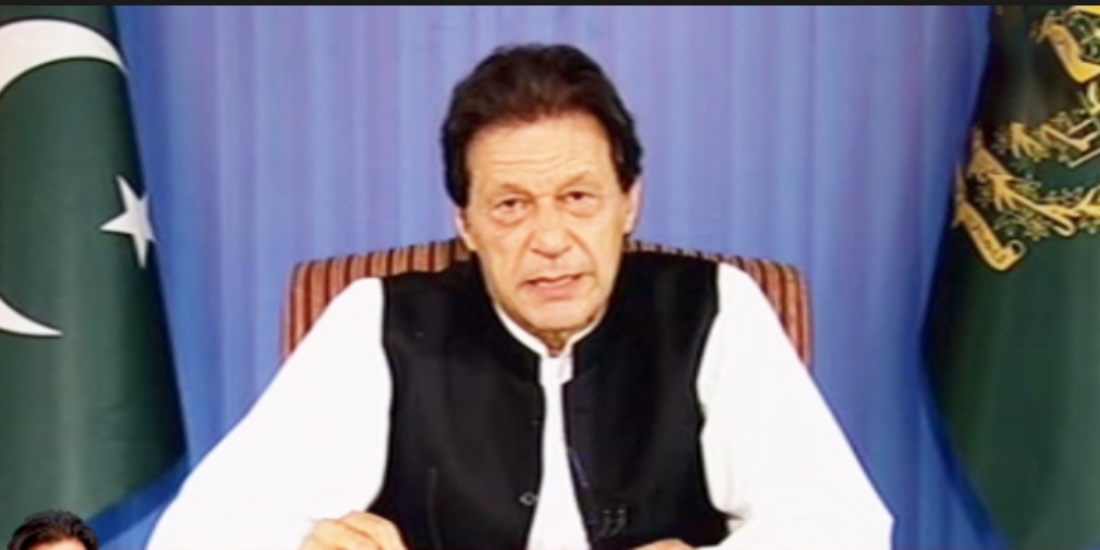 Last night, our dream came true when Prime Minister, Imran Khan addressed the entire nation with his maiden speech, discussing his future plans and actions to uplift Pakistan drowned in corruption and injustice. The speech was composed in a great manner covering all the aspects that could help Pakistan prosper as a nation.

We were as excited as you all to see him giving his first speech as a Prime Minister!

He, at the same time he informed the Pakistani Awaam about the expenses of the riches and the elite, starting from his own position to that of governors.His national action plan compromised of 20 points that he covered in his speech for the reformation of the country. Let’s take a look at the main points,

1. Pakistan’s current overall scenario was discussed with the entire nation, and informed how it is passing through difficult economic problems as a result of debts and corruption.

2. He informed that the current statistics of debt is Rs 28,000 billion, and that five years back it was Rs 15,000 billion, with it being Rs.6000 billion ten years back. He spoke how if something had been done previously, Pakistan would have been in a better place now.

3. He also spoke about how the country is under pressure due to foreign debt.Also, how previous Prime Ministers used to borrow more debts in order to pay the debt. He mentioned the current total foreign debt is 95 billion dollars, while five years back it was 60 billion dollars.

4. He informed how a Prime Minister is an owner of 80 cars, with 33 being bullet-proof and each worth five crores. He stated that he would auction all those cars so that that money can be utilized for the country.

5. He mentioned how he would head task forces for different purposes such as police, health, and security. He also stated that Dr. Ishrat Hussain would lead a task force for austerity measures.

6. Corruption was discussed, how the FBR would be accounted for corruption and will be revamped to ensure that money is not unjustly circulated.

7. Tax was one of the most discussed agenda in the speech. He stated the importance of paying taxes, as only 8 Lakh people out of 2 corer people pay taxes. He himself took the responsibility of how he will ensure that each individual’s tax will be taken care of.

8. He promised to increase revenue and reduce expenses, through investments especially from Overseas Pakistani’s. He also mentioned the agenda to increase exports.

9.The importance of promoting the local businesses through one window operation was discussed. He mentioned that an Advisory Council will be formed to do away hurdles facing by domestic businessmen.

10. Overseas Pakistani’s were addressed, where Imran Khan advised them to remit earnings through banks, and deposit their earnings in the country so that Pakistan prospers.

11. He stated that NAB will be made powerful and he will further fund them to make strong.

12.Whistleblower law to be introduced was mentioned, where it was stated that Whistleblower is to get 20 to 25 percent on pointation of corrupt personal.

13. He mentioned that SECP to be strengthened and restructured.

14. Ministry of Interior under the Prime Minister and FIA would be strengthened.

15. He stated that the role of Mafia would be nabbed during his tenure.

16. He ensured that Police system will be reorganized all over Pakistan. H even mentioned that he will collaborate with the Sindh government to reorganize their police system.

17. He also mentioned the incident of Kasur, and how child abuse has become common. So he ensured that he will ensure that such incidents don’t take place in future.

18. He majorly stressed on education, how reform in the educational sector is a need. He mentioned how important it is to raise the education system of Government schools, and how a proposal for running the dual shifts in the government schools was also under consideration. He addressed that children studying in Madaris should get high-quality education and jobs as well.

19. Health was another point that was emphasized, where he stated that the health card system would be introduced across the country with Rs 550,000 health insurance.

20. As water is one of the major problems in Pakistan, he stated that water crisis will be handled on a war basis and the water ministry would be enacted with new measures to be introduced to save water. He mentioned how the construction of Bhasha Dam is the need of the hour to save water.

21.He especially mentioned framers, as to how they will be trained to use water at par international system. He informed how previously farmers used to buy seeds from India for production, he said he will ensure that they don’t have to do that anymore. He emphasized the need for agriculture research so that the farming sector flourishes in the future.

22.He ensured that in five years 50 lakh homes will be constructed so that all the homeless people have a place to live in.

23. The youth was also one of the main pointers in his speech, where he stated that they will be provided with interest-free loans, along with skill programs so that they get trained and get jobs.

24. He discussed how Pakistan has a great potential for tourism and how four resorts would be constructed every four years. Also, how parks and recreational grounds would be built for people.

25. He stated that district nazims would be elected directly in every district.

26. Local body system would be reformed and their restructuring was mentioned by him.

27. FATA Development to start speedily was discussed and how it would be merged in KPK.

28. He addressed the people in Karachi too and how they would get maximum help to make it clean and improve the condition of water supply.

His speech kept mentioning the examples of how Holy Prophet (p.b.u.h) and the Khalifa’s of Islam followed the principals to run their state, he stated how he, himself, as a Prime Minister would lead a simple life and pay attention to his people as much as possible.

However, he also mentioned how he, at the same time need people to stand up with him and contribute through taxes and adhering to laws. The speech and the national action plan was to the point! And now that we have the vision of Naya Pakistan, don’t you think now it’s our responsibility to contribute to it?

Share us your thoughts with us. Let us know what do you guys think about his speech in the comments below!

The New Episode of Pepsi Battle of the Bands is Here & You Won’t BELIEVE who got Eliminated
People are praising Gen. Qamar Bajwa for meeting Sidhu Singh aur Reham Khan ko Aag Lag Gayi
To Top