Every year, in Ramadan, a debate gets stirred online regarding the celebrities and non-religious personalities hosting transmissions. While the race of rating begins every time, objections are made on actors who turn religious hosts without any required knowledge.

Stating the same plethora of concerns, a well-reputed columnist of Pakistan logically explained the situation. Well, earlier, Fahad Mustafa, without caring, had a cleavage shot on Ramadan live show which literally made people cringe. Taking a similar road, Orya Maqbool Jan slammed those celebrities in a video who host religious shows during Ramadan.

Certainly, there’s no deniability that Orya Maqbool is among the most straightforward, logical media personalities of Pakistan. Responding to the host, he began, ”Have you ever called any religious cleric and asked him to talk about the dramas being made? Check out the direction? Ever got any cooks on the current affairs show and asked them about the world’s political attire? That will just fade the reason as the person won’t know religion deeply.

”For that, you find a person who knows about foreign policy, political science, or someone who knows about films or has seen direction. Here, people who can’t read Quranic verses and can’t even recite the Qalma Tayyaba are speaking authoritatively about religion. Being a host is different. If I read a Quranic verse in front of you but you don’t know its meaning, then it’s of no use,” Jan added. 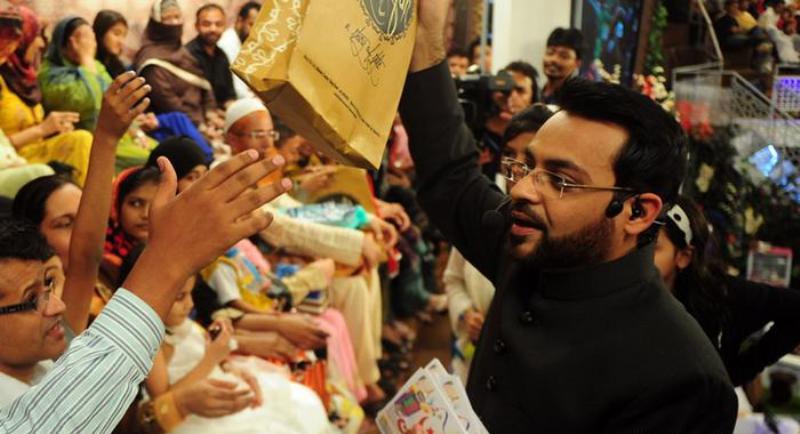 Furthermore, he stated, ”Secondly, these transmissions are specifically designed to waste two prime hours of the day. And both the hours are said to be the prayer fulfilling ones. However, our Ramazan preparations are that check whether a certain actor is free or not. Check whether the band is available or not. Have the gifts arrived or not? Unfortunately, this is our Ramadan.”

Apparently, the issue is taken up every year in the holy month but the authorities don’t take any action against such. This year as well, some of Pakistan’s famous celebrities took up their holy avatars and are hosting different shows. No idea, when did glamor enter the holy spirit but it definitely needs to stop to preserve the actual meaning of Ramadan.