Keeping the fact in mind that Pakistanis are widely famous for their humanitarian services and welfare propositions, many nationals have initiated implementing different helpful ideas across Pakistan. Majorly called out because of the digital propaganda implemented the world enemies against the country and its political adherence in the world, some influential Pakistanis have time to time showed the actual picture of the state by their non-beneficial ventures.

Among other helpful implementations being operated in the country, some time back Pakistani journalist Azaz Syed thanked the nation on selflessly donating for a rickshaw driver’s daughter with a disability. Following the same kind leap towards humanity, the brainy organization behind Iran inspired “Deewar e Meherbani” has now launched another praisable venture called “Rickshaw Meherbani” and it is feeding many starving stomachs on a daily basis.

This is the structure of the rickshaw serving food! 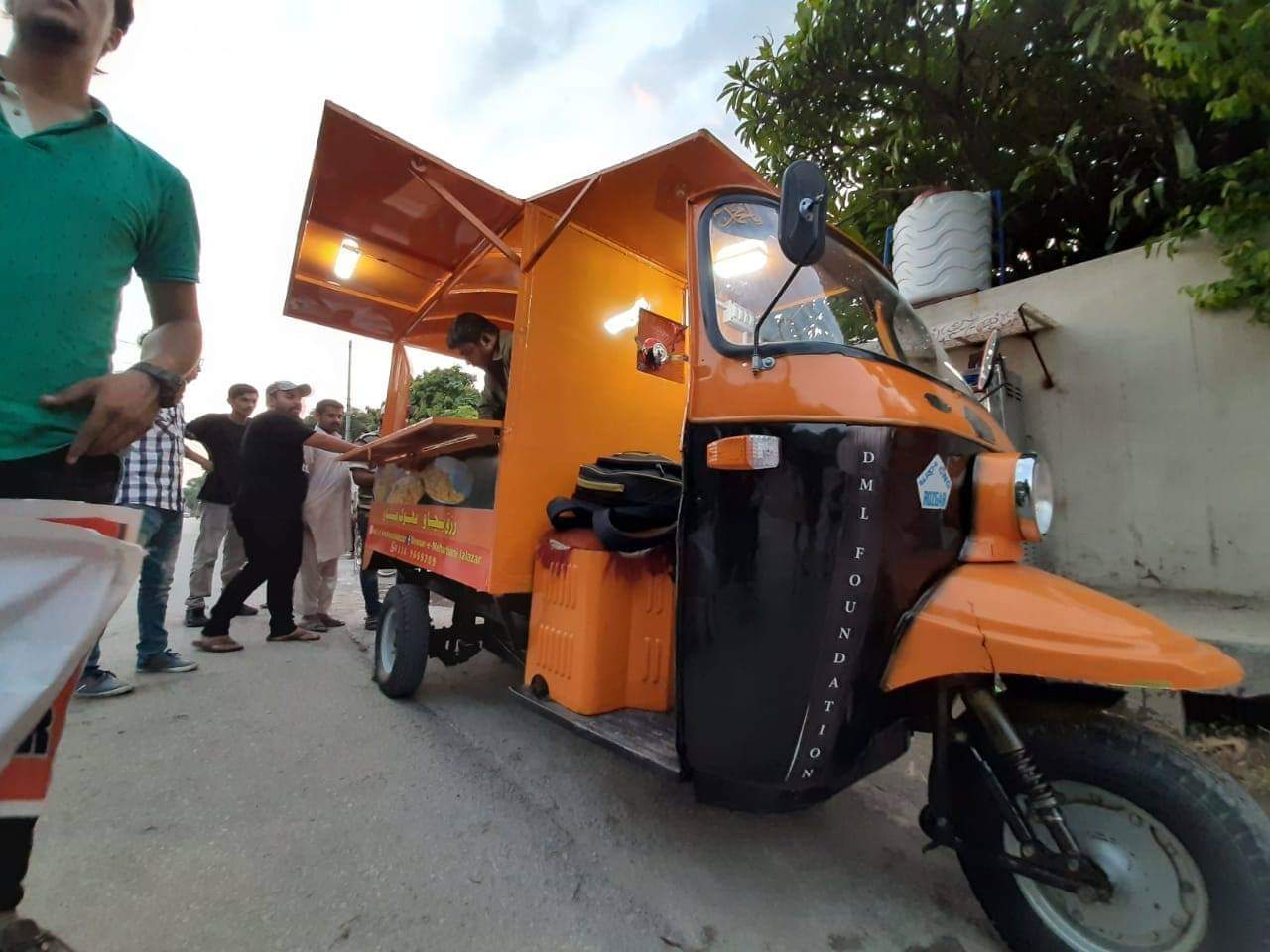 Just look at the number of people feeding themselves! 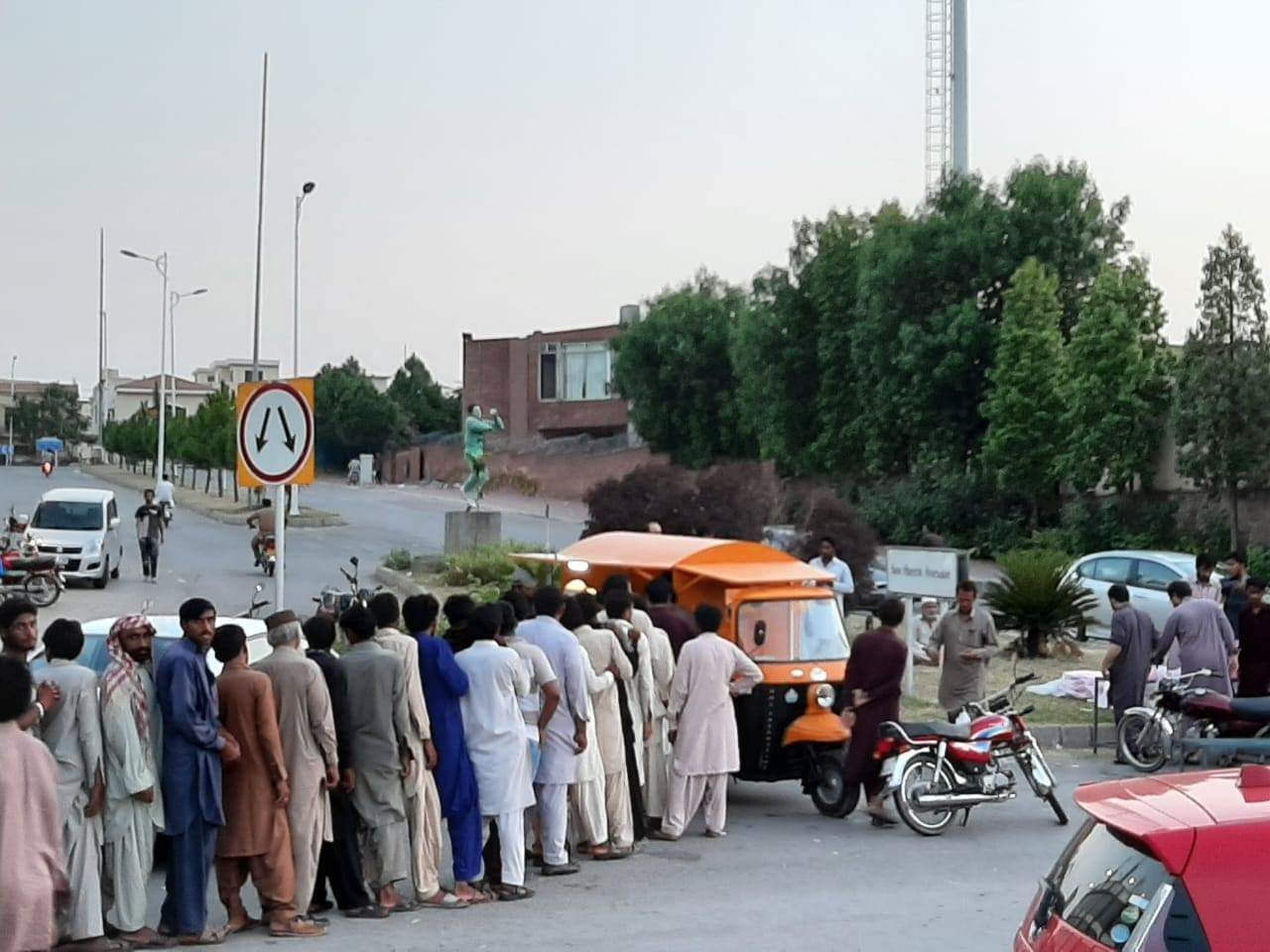 Currently started its operations in the area of Lalazar in Rawalpindi, the idea is a well-implemented structure of a group of young boys residing in the city. This plan is initiated under the umbrella of DML Foundation, the same organization that brought “Deewar e Meherbani” to Pakistan. The noble mind behind the humanity setups Muhammad Zaid Bin Fawad lead the chain and now has started serving mankind in the name of “Rickshaw Meherbani”.

What is Deewar e Meherbani?

Inspired by Iran’s Deewar e Meherbani (Wall of Kindness), some students of Punjab University in Lahore implemented the same idea in Pakistan. Painting a ‘Deewar e Meherbani’ in Punjab first by putting cloth hangers on a wall in the city for those who want to leave their extra/old clothes so that the needy can take it. Created four years back, now, the idea has been implemented in many cities of Pakistan and the poor class is taking benefit from it. The organization stays involved in many welfare activities and aims to serve humanity in any way possible. 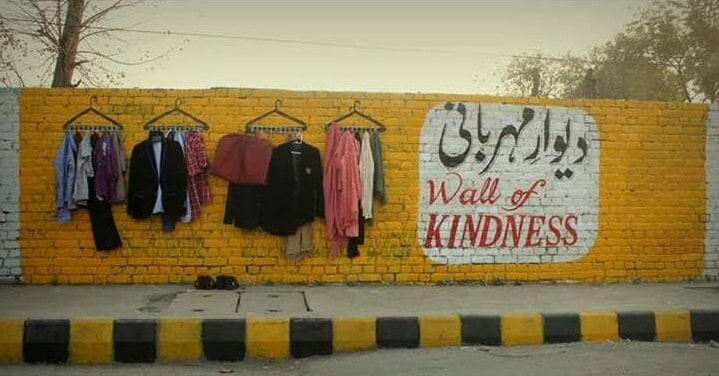 Pakistan is truly blessed to have many philanthropic icons who worked for the humankind all the life. Earlier this year, a boy in Multan started easing people’s lives by feeding them for Rs.10 and this country is filled with such examples and the count just keeps on increasing. More mobile setups like  ‘Rickshaw Meherbani’ are needed in today’s world so that the poor can feed his hunger.

What do you think of ‘Rikshaw Meherbani’? Let us know in the comments below!