On Saturday, a tenant robbed his landlord disguised as a woman in a burqa. The incident took place in Gujranwala city, in Punjab. According to sources, the tenant due to being unable to pay the rent had no choice but to rob his landlord. The accused is identified as Usman, who snatched Rs39,000 from his landlord standing outside his house.

Moreover, the landlord’s house situated at the Jinnah road area of Gujranwala. Reportedly, after snatching, the suspect head for the hills before anybody could catch him.

In addition to this, Usman admitted to his crime during police interrogation. A police officer is reported to have said, “Usman said that he used to set up a small food stall in the area, however, was unable to meet his expenses due to the coronavirus lockdown.”

According to details, the landlord led the tenant into taking this step by constantly asking for rent from him. It is to be noted that the tenant has not had a job since the coronavirus outbreak. Because of being unemployed, he could not pay the rent. 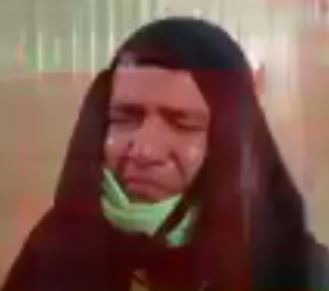 Disguised as a woman, the tenant donned a burqa in order to avoid being recognized. The burqa-clad tenant, however, failed to avoid the recognition as he made the landlord suspicious. He informed the police about the incident. Subsequently, they arrested the tenant.

With COVID-19 drastically impacting the employment, the crime rates have surged in Pakistan. Moreover, the globally changing law-enforcement landscape has immensely affected the crime patterns in Pakistan as well.

It goes without saying that the deadly pandemic has given rise to new criminal opportunities. Additionally, with the novel outbreak pushing millions into unemployment and poverty, the crime rate is bound to soar. 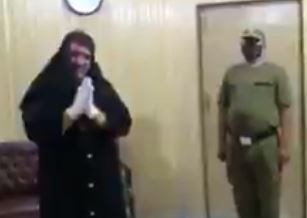 Similarly, due to unemployment, the accused tenant failed to pay two months’ rent. Being short of money amid the COVID-19 pandemic made the tenant take the wrong step.

According to a report submitted by the Ministry of Planning and Development in the National Assembly of Pakistan, about 29.5% of the population is below the poverty line. Needless to say, the survival of these families depend on their daily income.

However, the nationwide lockdown has greatly impacted the labor class, particularly the daily wagers. The government implementation of a ‘smart lockdown’ has resulted in them being unemployed. As a result of being unable to meet their expenses, the oppressed end up committing robbery and other crimes to fulfill their needs.

“I made the plan to rob my landlord after I could not pay two months’ rent,” said Usman.

As per the details, the police officials have paid his house rent to the landlord. In addition to this, the tenant’s wife and children can now continue to stay in the house. Regardless, of being oppressed, the police said that the accused will face the consequences of his action. A case of robbery has been registered against him.