After a long, long time, Pakistan’s peaceful and progressive mode was dismantled by a series of terrorist attacks in different parts of the country. When Pakistan Army concluded its pioneering operation against the Taliban, known as Zarb-e-Azb, it seemed that better days were here to stay. However, it wasn’t to be so.

Over 140 lives lost in a matter of days, Pakistan Army was forced to take harsh steps again. As things settled, Pakistan locked both its borders with Afghanistan to control the terrorist attacks. It seems that border control alone will not be enough, thus, Pakistan Army has just launched Operation Radd-ul-Fasaad, across the country. 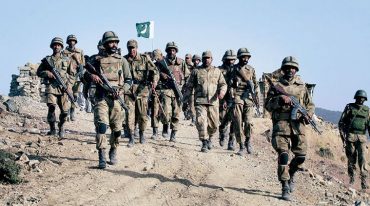 In a press release issued by Director General Inter-Services Public Relations (DGISPR), Major General Asif Ghafoor, it was stated that:

“Pakistan Army launches ‘Operation Radd-ul-Fasaad’ across the country. The operation aims at eliminating the residual/latent threat of terrorism, consolidating gains of operations made thus far and further ensuring the security of the borders. Pakistan Air Force, Pakistan Navy, Civil Armed Forces (CAF) and other security / Law Enforcing Agencies (LEAs) will continue to actively participate / intimately support the efforts to eliminate the menace of terrorism from the country.

The effort entails conduct of Broad Spectrum Security / Counter-Terrorism (CT) operations by Rangers in Punjab, a continuation of ongoing operations across the country and focuses on more effective border security management. Countrywide de-weaponization and explosive control are additional cardinals of the effort. Pursuance of National Action Plan will be the hallmark of the operation” 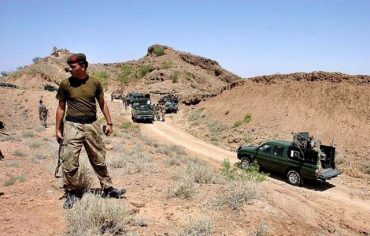 Even though the press release seems one full of vigor and valor, it is a fact that our security agencies let their guard down amidst the wave of peace and serenity that prevailed in the country while General Raheel Sharif was in office. It seems that the very capable General Bajwa needs to revamp the strategies General Raheel used to dismantle terrorism in the country effectively.

Furthermore, the National Action Plan has been dubbed as a permanent failure by analysts throughout the country. The concept of good Taliban and bad Taliban is also hurting the country, which has become evident now. However, we are a nation that was built on hope and hope is what we can do.

Here’s to hoping that Operation Radd-ul-Fasaad proves to be a bigger success than Operation Zarb-e-Azb. May this operation bring a permanent end to terrorism in Pakistan and effectively controls the cross-border movement between Afghanistan and Pakistan.

Here’s to hoping that Operation Radd-ul-Fasaad is the final nail in the terrorists’ coffin.

Remember The Girl Who Traveled 196 Countries? You’ll Be Amazed To Find Out Where She Ranked Pakistan
There’s A Horror Themed Cafe In Islamabad Which Will Make Your Food And Fears Come To Life!
To Top