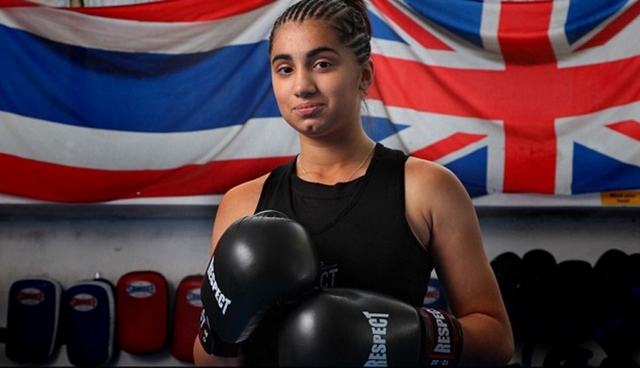 Dear males in our families,

I consider myself quite a clear-headed young girl of the twenty-first century. I discuss issues related to politics, social spheres, education, literature, feminism, Donald Trump (who, it begs to be acknowledged, is really a whole new genre of general discussion) and in a nutshell, everything and anything that haunts us a community today.

Despite my partaking in globalized topics, of topics whose influence extends far beyond the confines of a single community or a culture such as my own, my ethnicity reigns supreme; a brown Pakistani-Muslim-teen aged girl.

Which means, once I sit down with my family, I always struggle to be heard, much rather listened to; a calamity every ambitious girl from our community is either fighting to overcome or has surrendered to the overbearing, unrelenting stubbornness of.

I am not drafting this open letter to moan about our quotidian predicament as females fond of expression in a community that indirectly favors giving a platform to males, but I am here to maybe let you realize that. I’m very young, only at the ripe age of sixteen, my personality, habits, pet peeves, pastimes and dreams still subject to change and permanence, but what I still am, is someone with thoughts and ideas and originality.

Dear males of our families, please stop taking our words and repeating them in your deep and gravelly manly voices to earn a point on the conversation scoreboard.

Dear males of my family, just because I said something with a slightly soft undertone doesn’t legitimize your verbally plagiarising something I said to your other male counterparts, for a laugh.

I’m sure I’m not alone in this sentiment; whenever a heated debate is going on in a desi household, a woman might throw in a very credible pointer sometimes. However, she is not heard with quite a prominent deliberation, her idea, though new and refreshing, forgotten. No one applauds her or ponders over her contribution. That is, funnily, until a male relative of hers did, in fact, hear her and now rephrases the very idea in his superfluous faux intellect-based ‘debate’ (read: overbearingly pretentious) voice and earns the wah-wahs of his audience while the woman sits there, jaw slackened, rolling her eyes at the swiftness of this gallantry.

A reality check for everyone who has so far cruised through life with the idea of women only discussing the latest lawn collections released by a certain brand. You can not, by default, expect me to be solely interested in the latest mehndi designs for Eid instead of global affairs, or the economy or the latest article on some blogging website. You are marginalizing, stereotyping and trying to set me into a mould in which I do not, and will not belong. You can not grade my credibility based on the portrait of women painted by your very eyes, an archetype of gossip, makeup, clothes and dramas.

I, for one, have experienced this for times far more than I would or could ever like and no, men, it is not okay.

This has nothing to do with feminism or your ideas on gender equality, which by the way is the elephant in the room no desi relative from the previous generation even considers acknowledging because haw haye, but is entirely in conjunction to your idea of self-respect, respect for others and originality.

The funny thing about desi men is that they just yearn to have themselves be heard at all times. I would, although, like to point out that this trait is not mutually exclusive to all desi men because I can already sniff the fury of many of those I know or am related to flare up as I type. But please, this was a long time coming and I have only just pointed out the tail of the very large elephant in this room.

Back to brown men and their favourite hobby of being heard and hooray-ed, they feel naturally entitled to all the best opinions in the room. Nawaz Sharif’s latest case? Oh, the men know the best ‘bout that! The aftermath of the country’s petrol rates? No one, ergo the ladies of the household whose sole purpose is to brew tea to feed their oh-so-thoughtful minds, can ever present viable input into such a complicated matter as that. I’m sure my bitterness is in full view but this is the endurance of one very young desi girl. And honey, you wouldn’t want to hear the inner ramblings of the millions of grown women who have put up with your insufferable mansplaining for years.

You may get away with stealing our ideas and getting praised for them, with people, ergo submissive ladies and fellow mansplaining men, humming in agreement with your ideas, but I wouldn’t be here calling you out on this if you had gone completely unnoticed.

Men hailing from our culture and country have been breed under the ignorance of women not having the same, or in some cases, an even higher degree of intellect than themselves and this proves true for both men of this millennial generation we so often commend for their ‘forwardness’, as well as that of the previous generation that makes up the majority of our family. For someone who, although with fewer years on the clock than you, feels she is capable of being an active participant in a conversation instead of benching it and sipping her tenth cup of tea, it is almost infuriating when you disparage me, be it through intentional discriminatory phrases like ‘beta abhi tumhe kuch nahi pata’ or by flippantly deflecting me by a ‘haan, haan sahih tou Shahid bhai…’, you’re not just being a chauvinist but also someone who can’t respect someone’s opinions. I don’t want to term you in any way, but chauvinism just kinds of tops it off, don’t you think?

The worst part is when we look to our fellow suppressed ladies in the club; they hop on the bandwagon of supporting your mansplaining. It’s not just the men who are deprived of the realisation that their frivolity is rude, but also the desi women who, if not all the time but most often, worship the air breathed out by a man making conjectures on the 2018 elections, sputtering out ‘jee, jee’s and ‘zaroor!’s. We all know those aunties, let’s admit it. Of course, this isn’t always true but what is true is when young girls are told to hush up on the table by the older women, the female figures in our lives who were supposed to paint pictures of strength, grace and expression for us, just so that we do not offend the men. It is that moment which brings the matter to a tumult, when evenwomen acquiesce to not being heard. That is when you know there is something definitely, incorrigibly wrong with our society.

You need to realise that we constitute half of the entire human population, if not more, and you constantly derogating our role in the family, all the way from tiny conversations to major decisions, is not just our loss but yours too; we make up the spines in the backbone of this community and yours are the limbs attached to it. Sometimes, this privilege blinds you to bearing gratitude to the women to whom you are tethered to in coexistence. All it would take is for you to acknowledge me, see me in the same light and credibility as the rest of the men in terms of having something to say and not deflect my ideas, or use them for yourself.

Family is meant to be our place of ease, and that is one figment of romanticism that can be turned into reality once you start cooperating; where respect and freedom is mutual, not exclusive.
I didn’t need to bother myself with enlightening you to your mansplaining and demand to be respected equally, but this mansplaining is not isolated but is an analogy for the way women are perceived in our culture. Shedding light on this tiny quotidian issue can go a long way in making our people become woke about their attitudes towards each other because label it overrated, over-discussed and first-world-only, but female repression is real in our desi society and considering me an equally important participant in your conversations is the first, small step towards a Pakistan where our only sanctuaries are not just our blogs, where our families do not suffocate us into silence, where the table is open to discussion on issues that really matter and not just meaningless small talk.