The Pakistan Medical Association and civil society activists have demanded the government to dismiss the setting up cattle market within the city. In addition, they have also asked for strict implementation of the standard of procedures (SOPs).

Dr. Qaiser Sajjad of PMA stated, “We suggest the strict implementation of SOPs during Eid or else the government should get ready for another hard time like we faced after Ramazan. The government must not allow holding of cattle markets for sacrificial animals within the city.” 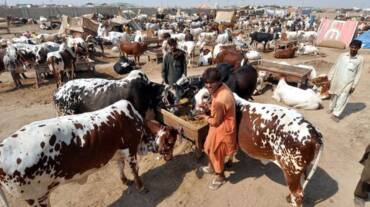 He also added that people who wish to sacrifice animals should contact religious scholars or local mosques, who in turn, can perform the service for them.

In addition to this, Karachi Commissioner Iftikhar Shallwani has also asked the representative of various philanthropist organizations- including the Edhi Foundation, Chhipa Welfare Association, and others to make arrangements for online booking and dispatching of meat because of the Covid-19 pandemic.

Mufti Muneeb-ur-Rehman, addressing a press conference, said that the public should opt for the collective sacrifice of animals on the upcoming Eid ul Adha. He believes that in order to control the further spread of Covid-19, collective sacrifice should be given priority. 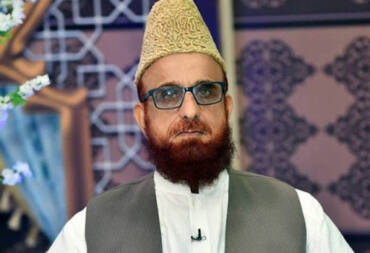 He further adds that people should strictly abstain from taking children or families when going to buy animals and barns should be set up outside urban areas.

Mufti Muneeb-ur-Rehman says that the government should make sure that no animal is brought to the cattle markets. Not only did he advise the government to ensure no sick animal, but he has also advised that both sellers and buyers should wear masks.

He is also reported to have said, “The buyers of animal hides should transfer the skins to preservation centers soon after procuring them.” He says that the Sindh government’s permit to collect animal hide validated last year will continue to be applicable this year as well.

Additionally, the religious scholar also urged the government to spray disinfectants in the sacrificial areas to hold back the outbreak of Covid-19.

While opposing the purchase of sacrificial animals online, the religious scholar says that the cattle markets will be set up within barricaded concrete structures.

He also talked about the importance of animal sacrifice. Commenting on the sacrifice of animals, he said that charity or sadqa cannot a substitute for sacrifice. Further added that sacrifice of the animal is obligatory on all those who are able to fulfill it.

“Those making Covid-19 outbreak a basis for giving out alms instead are acting against the Islamic teachings.”

Lastly, he also said that the sacrificial animals should fulfill all the requirements given by Islam.

Read More: 5 Cultural Eid-Ul-Adha Dishes From Around The Globe Including Pakistan!