Homeschooling is a celebrated concept in the West and developed nations. It has a history of thousands of years; however, it became more relevant after the revolution of information technology.

Owing to coronavirus, educational institutes are closed in Pakistan. Following this, schools, colleges, and HEC affiliated universities have introduced online teaching. Nevertheless, data shows students, as well as parents, are not satisfied with the concept of homeschooling in the country.

Homeschooling, also identified as home education, is the education of children at home or any place other than school. Home education is normally managed by a parent, tutor, or online teacher. 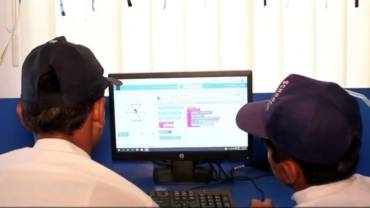 In several advanced countries, homeschooling is legitimate. After the dawn of the 21st century, home education became more relevant owing to the use of the internet.

Home education in the West

In the west, with the assistance of Martin Luther in the German republics of Gotha and Thuringia in 1524 and 1527, the modern public schools were established.

In the 21st century, with the advancement of internet facilities, the west went towards online education but under the auspices of an institution. In addition, the west with digital classes and online courses along with PDF writings revolutionized the world of education. As per data over 6 million Americans pursue online or distance educational services.

Pakistan’s concept of studying at home

However, people in Pakistan are not attuned to the use of online education. There are many, who do not have access to internet services in the country; making it impossible for them to get an education at home.  As per the data of 2017, only 34,342,400 Pakistanis have internet access compared to the U.S where 275 million Americans had access to the internet in 2018.

Similarly, in one variation of home education, parents are the teachers. In Pakistan, the literacy rate stands at 62%, including those who can only read and write their name. This means the literacy rate is miserable; hence, the uneducated parents can’t teach their children in homeschooling. The education system of the country is already flawed and online education may make it worse.

Furthermore, to our utmost dismay, studies suggest many Pakistanis evade public schooling for pleasure-seeking activities outside education; thus, let alone taking home education in which almost no one supervises you directly.

After the outbreak of COVID-19, Pakistans’ educational institutes moved towards the online education system. Almost every school is providing video lectures and tutors on the internet sending emails and requiring homework via emails from the students. However, people in Pakistan blatantly rejected the idea of online education.

This is how people reacted to digital education after the pandemic.

French President said “There is an inequality in that there are those who don’t have Internet access and who can’t be helped by their parents” about the online/home education.

Meanwhile the authorities in Pakistan assume that they have perfected the online education system.

This system can’t work in Pakistan

Most students don’t have internet

#SharamKaro_ShafqatMahmood
It is humbly requested to hec that hec should ordered universities to cancelled the online education system because in pakistan there is most of student has no any kind of facilities to take online lectures,

In a nutshell, Pakistan is not prepared for homeschooling and online education as per stats. As a third world country, Pakistani’s lack internet facilities. Furthermore, most of the denizens are not well educated and well acclimatized with the use of the internet in the country. Whereas, in the west, the scenario is altogether different. They are better adapted to the digitized and homeschooling phenomena.