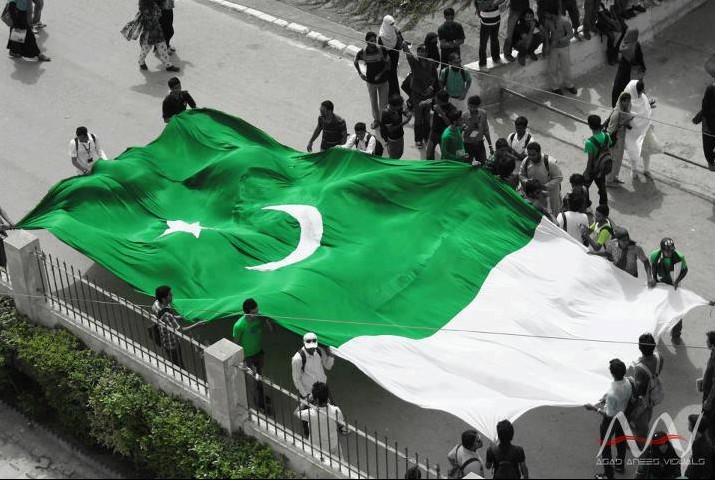 14th August – A day when the Muslims of the subcontinent achieved independence from the Hindus and the British in 1947. It’s been 70 years since we had the opportunity to taste this emancipation known as independence.

Our ancestors wanted this country to be a place where Muslims are able to follow their religion freely, and where their rights are fulfilled. Those Muslims knew what it was to be treated like a minority in a non-Muslim country and so the rights of the minorities were said to be protected in the new country Pakistan when the first constitution was issued.

But today I don’t see any minorities being protected. Even Muslims are not protected by their Muslim brothers. People are beaten up here by their fellow countrymen on just the accusation of committing blasphemy even when the crime is not proven right. I don’t think that this is something even near to be protected.

Today 14th August, 23rd March or any other national day has just become a day where you’ll see many people dressed impeccably in green and white, houses are decorated with Pakistani flags, people wearing bands and badges, roads embellished with colorful lights etc. this has now just become a way of showing off some so-called patriotism for Pakistan.

I am not saying that people shouldn’t dress up for these occasions, but patriotism is not only about celebrating the independence of your country, it is also about working for your country – making it better. Today, our country is one of the most polluted, corrupted and unsafe countries in the world, and this is not just because of the government, it’s because of us as well. Throwing garbage on roads, releasing chemicals into rivers and seas has become a part of our everyday routine. Corruption is not only practiced on the government level, it happens in front of us as well when we see people getting admissions and jobs, not on their merits but because they have “connections”.

It’s time for us to realize the seriousness of the situation of our country. We are slowly drifting towards our downfall. We are forgetting the teachings of the man behind the quote, “Faith, Unity and Discipline” – our founder, Quaid-e-Azam Muhammad Ali Jinnah. This country was achieved in the name of Islam and our religion doesn’t teach us to be dishonest and be the kinds of people that we are right now.

Today, we have become so impertinent that when we see something bad happening, instead of stopping it, we take out our mobiles and capture it. Crimes occur right before our eyes but we are so invested in raising our popularity and gaining some publicity that instead of doing something to help, we videotape it.

Some years back in Pakistan, due to some circumstances, a building caught fire and a guy tried to escape from the building. For fifteen minutes, he was hanging in the air and gripping the windowsill but the people who saw him were busy in videotaping this event. Nobody tried to help him and he died.

We see many incidents in our country airing on television – crime scenes, killings etc. but have you ever wondered that instead of recording the whole scene, the crew of these news channels could’ve helped them. These news channels show us many injured people being carried in hospitals, just think how much good would’ve been done if the crew helped those injured patients, and not record the event.

We blame others for all this chaos but we don’t take into consideration what we are doing. We don’t speak up for what is right. We accuse our politicians of not governing the country properly, for the increasing crime rate etc. but we ourselves don’t want to do something on our own. Why?

Instead of just dressing up on our national occasions, we should also work on improving our country’s condition. We can dress up for the occasion and bring a change as well. How about cleaning our societies and maintaining their cleanliness? How about pointing out the wrong and speaking up for what is right? How about not being unjust with anyone? How about being sincere to your country and its future? How about, for once, we decide on doing something that is right? It’s time that we start changing ourselves and help our country in prospering, and show the world that WE ARE NO LESS THAN THEM.

Just remember, patriotism is not just about dressing up in your national colors, making and singing new patriotic songs, raising the flag of your country, producing nationalistic movies or supporting your national team in any game, it’s about making your country better and working for it to prosper.

Celebrating Independence Day: Story of a 10-Year-Old Boy and a Stranger
At Quaid’s Service – A Book Filled With Letters of Quaid-e-Azam to his Beloved Friend!
To Top