Omar Abdullah, the former chief minister of Indian-administered Kashmir, has been released after nearly eight months in detention on Tuesday.

India had detained him along with other politicians in August last year after New Delhi ended special status to the IOK and divided it into two union territories.

“232 days after my detention today I finally left Hari Niwas. It’s a very different world today to the one that existed on 5th August 2019,” tweeted Omar Abdullah.

Omar turned 50 on March 10, according to the Indian media. He had resolved not to shave until he was released as a mark of protest.

Sister’s had petition for Omar’s release

Television footage showed Omar while emerging from the Hari Niwas guest house near his official home in Srinagar. He was surrounded by people in masks on account of the coronavirus pandemic. Omar’s sister, Sara Abdullah, had filed a petition for her brother’s immediate release.

The Indian Supreme Court last week had asked New Delhi to respond by this week whether it planned to free him. 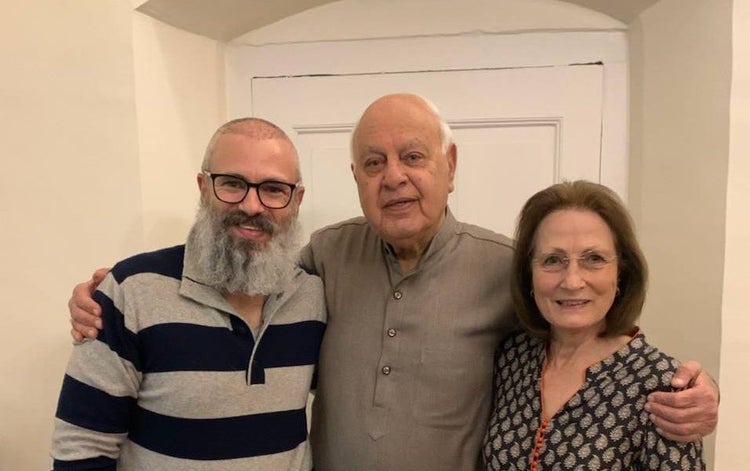 Following his release, Omar shared the news of his release on Twitter.

My thanks to all my @JKNC_ colleagues for staying united & staying strong. We have a long & difficult road ahead of us but together we will ensure J&K sees better days.

232 days after my detention today I finally left Hari Niwas. It’s a very different world today to the one that existed on 5th August 2019. pic.twitter.com/Y44MNwDlNz

Omar’s house arrest was further extended in February this year under the controversial Public Safety Act (PSA), which allows detention without charge for up to two years.

India has already blocked roads in Kashmir after the troubled region reported its first case of coronavirus last week, as several other parts of the country imposed restrictions on public gatherings in attempts to prevent its spread.

The valley has been slow to be hit by coronavirus compared to elsewhere in the world. But new cases in India, Pakistan, Afghanistan, and Sri Lanka are all accelerating. Authorities fear that these countries could be especially at risk should the virus begin to spread locally, due to poor health facilities and infrastructure.

One of his Omar’s comments to the Indian media after his release today was also on coronavirus. He also appealed for the release of his political rival Mehbooba Mufti, another former chief minister, and other detained leaders.

Mufti, still in detention, had tweeted earlier, “Glad he will be released. For all their talk of nari Shakti & women emancipation, seems like this regime fears women the most.”