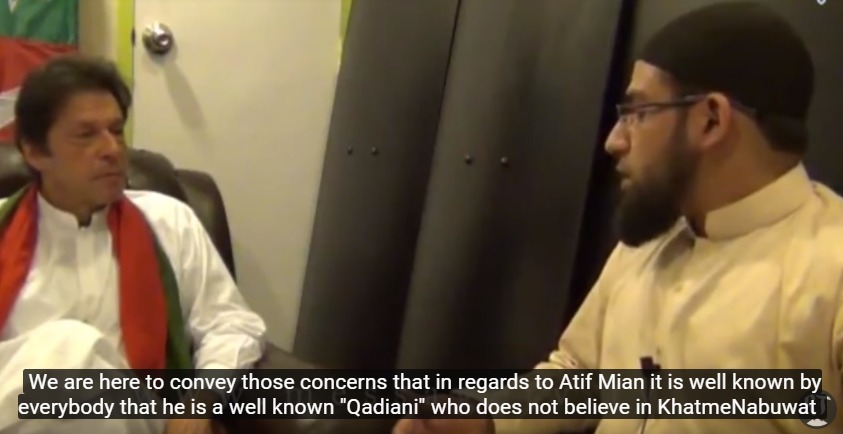 The appointment and the removal of Atif Mian caused a havoc nationwide. From Fawad Chaudhry defending the economist to no one from the party speaking after Atif Mian was asked to stepped down, even the supporters of PTI are now confused over how poorly this was handled.

The Economic Advisory Council (EAC) witnesses a domino effect as the removal of Atif Mian leads to the resignation of two more notable members of the council.

The professor at University of London shared how he opposes the way Atif Mian was asked to dismiss himself, alongside the fact of how he disapproves the involvement of Muslim clerics in the progress of the country.

With a heavy heart, I have resigned from the EAC this morning. The circumstances in which Atif was asked to step down are ones I profoundly disagree with. Basing decisions on religious affiliation goes against my principles, or the values I am trying to teach my children. (1/5)

Have resigned from EAC. Painful, deeply sad decision. Grateful for chance to aid analytical reasoning but not when such values compromised. Personally as a Muslim I can't justify this. May Allah forgive/guide me&us all.Ever ready to help.Pakistan Paindabadhttps://t.co/j80LHEhfRK

However, people are now saying that Imran Khan already knew about the religious beliefs of Atif Mian and are confused on how Imran Khan knowingly made this decision and failed to comply.

In 2014, Imran Khan Shared How PTI’s Finance Minister Will Be Atif Mian Based On his Knowledge and Largely Accredited Skills!

The politician added that he read Atif Mian is one of the top 25 economists in the world, which made him keep Atif Mian on board as the country’s foreign minister whenever he wins. However, as said by Khan himself, in 2014 during the same interview, he did not know Atif Mian was Ahmadi.

The interviewer brought it to Khan’s attention that Mian belongs to the Ahmadi Muslim community and asked Khan if he would still want him as the foreign minister under his reign. Khan categorically stated his firm belief of Khatam-e-naboowat, hinting how he now disapproves of Atif Mian.

The prime minister also shared how he would never change the declaration of Ahmadis as non-Muslims as per the constitution of Pakistan.

Because you had been living under a rock? This video is four years old but yes blame me and lift the burden from your conscience https://t.co/WmZtQ10fFO

And Even If He Did Make the Decision, Why Did He Not Support The Appointee?

Indefensible & v disappointing. New Pak gov asks renowned & respected Prof of economics to stand down because of his Ahmadi faith. NB: The founder of Pakistan, “Quaid-I-Azam” appointed an Ahmadi as his Foreign Minister. https://t.co/qBubETGwOg

Let’s hope and see Imran Khan address this matter soon before people start wondering whether this really is the Naya Pakistan or not.

Atif Mian Finally Breaks the Silence and Addresses the Recent Matter!
PM Imran Khan Urges Overseas Pakistanis to Donate to Dam Funds and Locals Are Not Amused
To Top