India left no stone unturned in converting the valley of Kashmir into a living nightmare. Deploying thousands and thousands of troops to “control” the civilians by shutting down every nook and cranny, so much so the Hindu extremist Indian government and military troops blocked all means of online and network communication. 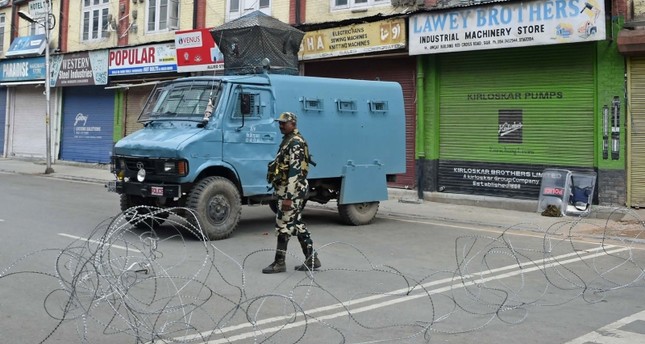 Thousands of families were disconnected this Eid, even more, were subjected to violence that could not be recorded and uploaded for the world to witness the reality and not the watered-down version India presents under the guise of ‘protecting the people of the valley from any terrorist activity that can be orchestrated through phone networks’, so on and so forth. Also, carrying out a mass online agenda with hashtags claiming Kashmiris are happy to become a part of India, which is not the case.

The reality is grimmer and gruesome.

Physical abuse, violence, rape, murder, and torture; these are just a few names of the sufferings of Indian-occupied Kashmiris. Their cries and pleas for help must be answered strongly. A video leaked from inside the IoK, where what seems that India might have restored some of the phone lines allowing Kashmiris to contact their loved ones.

An old father waits in a queue for hours just so he can talk to his son in Oman for mere one minute max.

This is how helpless and desperate India has made these poor souls. The father’s cry is heart breaking!

Also Read: This Kashmiri Woman’s Reply To An Indian Soldier Asking For Her Jihadi Husband’s Surrender Is Brave!

“I have been standing here since 11 AM in the morning and finally my chance has arrived to talk to my son who is in Oman. I have not been able to talk to him for 10 long days. I could only talk to him for one minute only. This is the situation and they [India] say everything is fine in Kashmir”

This is the reality that India conceals from the world. This is a dictatorship. This is a proper siege where you make sure no word gets out in the world so your country’s real image isn’t painted red with the blood of thousands of innocent Kashmiris that you ruthlessly took away. Concealing won’t cleanse you of your sins, dear India.

India Just Gave An Indirect Nuclear Threat To Pakistan And Pakistanis Are Ready For It!
What Is A Phishing Attack? – The Different Types And Prevention Methods!
To Top