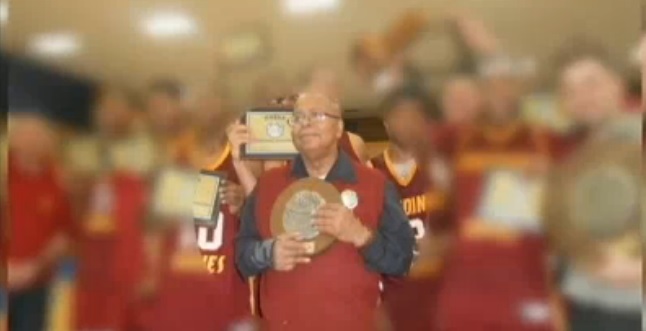 An old priest of a famous New York City School admitted that he sexually abused the minors during the decades of 1970’s and 1980’s, and the authorities are now investigating, according to sources.

Father Robert Harrison, a priest who educated children for 26 years and worked as a coach for basketball at the Cardinal Hayes High School in the Bronx for 20 years, has been fired from the school and is banned to work until investigations complete.

The School’s principal, Father Joseph P. Tierney, informed parents that Harrison attempted sexual abuse when he was asked about discrepancies in his personal finances.

“As of now, we have not received any allegations from victims/survivors, and based upon information that we have received from Father Harrison thus far, it does not appear that any of the abuse involved students from Cardinal Hayes,” said Joseph P. Tierney.

Tierney informed that school and New York Archdiocese did not ever get an allegation of any kind of harassment concerning Harrison. He was unaware of why the finances of Harrison were being investigated.

Harrison was immediately fired from the school and New York Archdiocese following the incident and the case was forwarded to district attorney in the Bronx and Manhattan. These are the places where Harrison said the sexual abuse occurred.

Tierney informed parents that they can raise their concerns in front of the prosecutors.

“The safety of your children is our highest priority, and we strive to maintain the safest environment possible for our students,” Tierney said. “We will continue to cooperate with the civil authorities as they investigate this matter.”

According to Joesph Zwilling, the spokesman at the Archdiocese of New York, Tierney called in the students of the school in groups on Monday and informed them in detail regarding the investigation into Harrison’s case. He also asked the students to inform immediately if the experience the sexual abuse at school.

Related Article: Multiple Homicides by One Suspect On same Day in Edmonton, Alberta and Shockingly the Suspect Also Found Dead By The Police.

Harrison has got permission from the local attorneys to go to New York to start “risk assessment” under the eye of his religious community, the Capuchin Province of St. Joseph that is established in Detroit.

According to province’s authorities, Harrison is at a professional institute where he does not have permission to communicate to minors.

“We are deeply saddened and condemn what has happened,” the authority’s statement said.

“The abuse of any child is a crime and a sin. We know that there have been times when children and youth entrusted to our care have been harmed; for that we are deeply sorry,” it said. “While we cannot undo the harm that was done in the past, we are committed to doing what we can to prevent any future harm and to assisting those who have been hurt by a Capuchin Friar.”

Israel, Close to Banning Jewish Extremist Group ‘Lehava’. Why So Drastic Change in Israel’s Policy All of Sudden?
Mullah Fazlullah: “We Will do Something Which Will Make You Forget the Peshawar Attack!” [Watch Video]
To Top