A tragic news comes out of Bahawalpur – an oil tanker caught fire and claimed lives of over a hundred people as they rushed to collect the leaking oil from the tanker. The appalling incident took place in Bahawalpur’s Ahmed Pur Sharqia today. 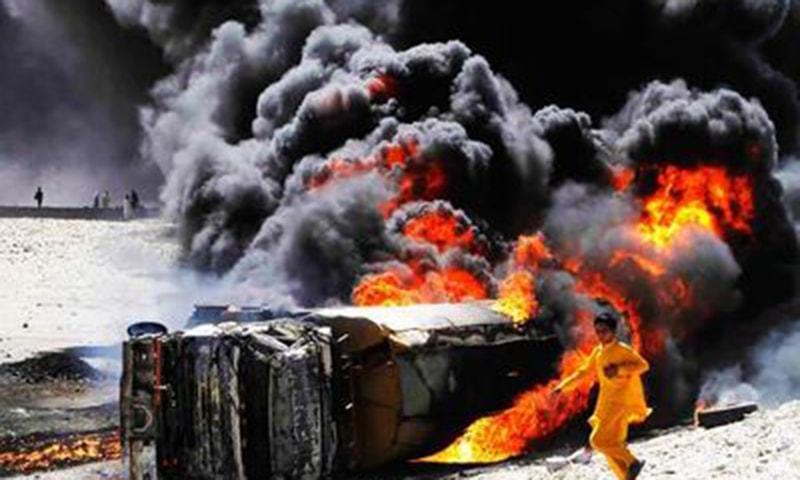 Reports suggest that the oil tanker flipped on the highway and as it started leaking, residents from all surroundings rushed to collect the leaking oil. This is when the scattered oil was ablaze and claimed lives of more than a hundred people. Residents including women and children were gathered all around the overturned tanker that was a hallmark of perils. At least 6 vehicles and 12 motorcycles were destroyed in the blaze. Firefighters rushed to the spot and fought for over 2 hours before it was extinguished.

1. This tragedy could’ve been averted had the local people avoided collecting the leaking oil 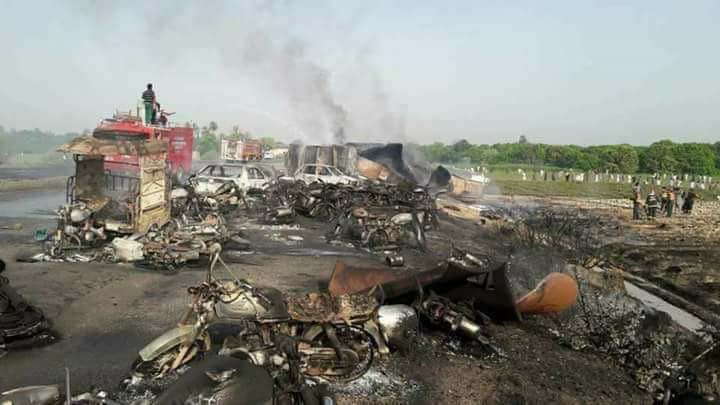 Shortly after the oil tanker overturned, the residents in surroundings were gathered. The mob kept collecting the leaking oil and while it is correct to assume that many people would not be as familiar with the hazards of inflammable substances, this is where the authorities should have taken charge.

2. People seem not to be vigilant and cautious about a hazard as fire

Collecting leaking oil… and smoking near it. People need to be educated! #Bahawalpur

A general awareness needs to be still created among people about fire and such emergencies. Priority should be to clear the area of residents and keep inflammable substances out of reach.

3. Bahawalpur shockingly has no burn centers

The dismal state of hospitals and the nearest hospital is lacking a burn unit is an alarming prospect for a city like Bahawalpur.

4. We have no sense of emergency as the hazardous tanker remained an enclosure of people 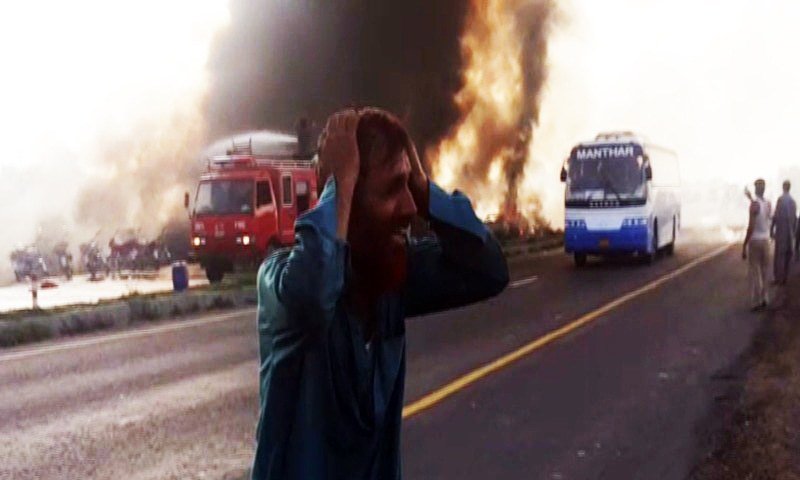 Considering it was a matter of hours before the oil tanker actually went ablaze, the area should have been clear of people. Police, firefighters should have been called up to clear the area and take control. The fact it was exposed to a mob seemingly lacking awareness speaks volume of our emergency operations.

5. In this hour of tragedy, best is to avoid insensitive comments for the deceased

It is insensitive to attribute the deceased ones with greed and corruption, best is to avoid negative comments and rather pray for the families who lost their loved ones right before Eid. You can always express your anger and resentment over other subjects but it is very rude to remember the victims using such remarks.

This tragedy has shaken Pakistanis across the country

The irony of hashtags … between 2 tragedies is Eid Mubarak #Bahawalpur #Parachinar pic.twitter.com/K5xhiUnezf

Zaid hospital from #Bahawalpur incident is 150km. But can treat only 10 ppl. Other is in Multan, also 150km. And PM gets treated in UK.

Horrific incident is clear indication of whats wrong with our nation. We r careless, illiterate, w/o any sense of responsibility #Bahawalpur

One shouldn't laugh at others' misery. Saddening to read the senseless remarks by some Indians over the disastrous incident in #Bahawalpur.

The #Bahawalpur tragedy is compounded by lack of medical facilities and infrastructure. But no worries PM will get treated in #London

So saddened to hear of the tragic accident in Bahawalpur. My love and prayers are with the victims and families of those suffering

No medical facilities in #Bahawalpur as media is reporting,exposing the good governance of punjab government #OilTanker accident

Our sincerest condolences to the families of all the deceased people in Bahawalpur. Heart hurts to report it and we urge Pakistanis to go out and help in any sort of way they can. May Allah protect us all.