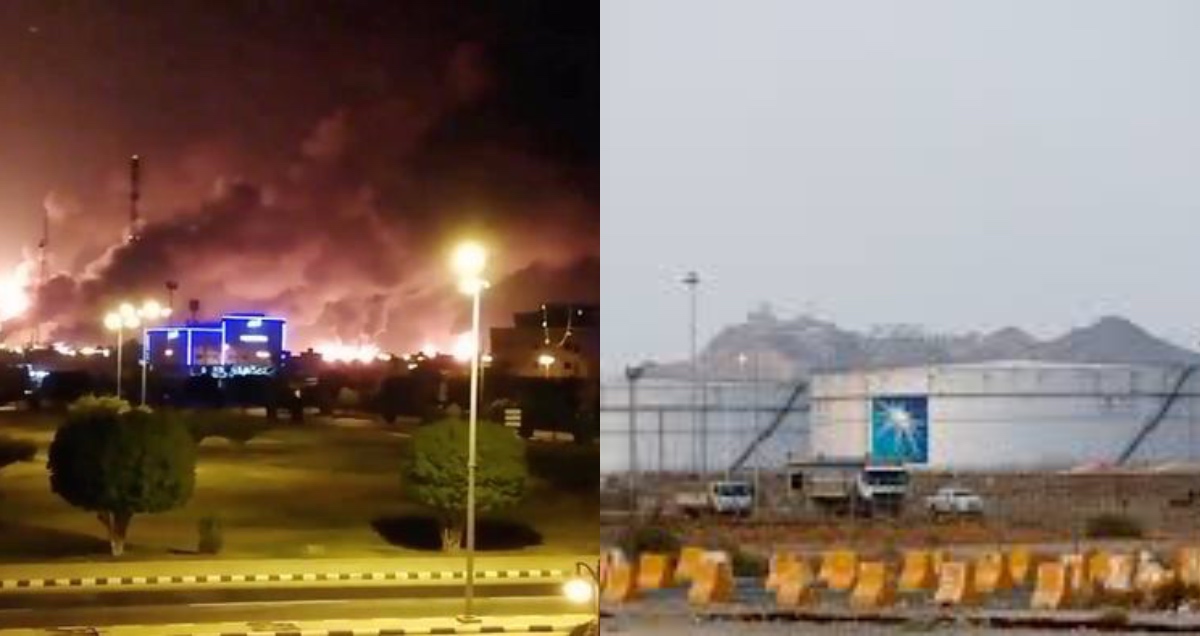 Oil prices rose on Monday, with Brent crude posting its highest intra-day rate gain since the start of the Gulf War in 1991, after an outbreak on Saudi Arabian oil facilities.

Mainly, the Oil prices surged due to suspicions over stock disruptions after the attack. The attack cut around 5 percent of global oil supply. 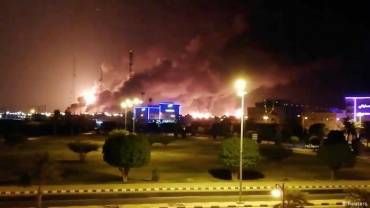 The United States West Texas Intermediate (WTI) futures soared by as much as 15.5pc to $63.34 a barrel, the highest intra-day percentage gain since June 1998.

Saudi Arabia is the world’s largest exporter of oil exporter. Owing to the attack on state-owned producer Saudi Aramco’s processing plants at Abqaiq and Khurais has curtailed output by 5.7 million barrels per day.

Margaret Yang, market analyst at CMC Markets in Singapore said, “How the United States and Saudi Arabia deal with the situation will be closely watched.”

“If higher oil prices are here to stay, Asia’s oil-reliant economies such as China, Japan, India, South Korea and the Philippines will start to feel the pain as higher energy and raw material prices add on the cost burden,” he added.

Based on the attack on Saudi Arabia, which may have an impact on oil prices, I have authorized the release of oil from the Strategic Petroleum Reserve, if needed, in a to-be-determined amount….

The U.S. President Donald Trump said that he authorized the release of oil from the U.S. Strategic Petroleum Reserve (SPR) if required, making ease in price rise.

Are Iran and US on the verge of a War?

President Donald Trump has stated that the US is “locked and loaded” to react to an attack on the Saudi oil company. The United States blamed Iran for an attack on Saudi Oil company. It is not the first time that Iran and the US are at daggers drawn, the historic timeline of the conflicts between the US and Iran is quite long. 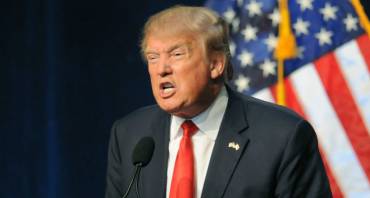 “Saudi Arabia oil supply was attacked. There is reason to believe that we know the culprit, are locked and loaded depending on verification, but are waiting to hear from the Kingdom as to who they believe was the cause of this attack, and under what terms we would proceed!” Trump said.

Saudi Arabia oil supply was attacked. There is reason to believe that we know the culprit, are locked and loaded depending on verification, but are waiting to hear from the Kingdom as to who they believe was the cause of this attack, and under what terms we would proceed!

The Iran-backed Houthi rebels in Yemen accepted the attack on Aramco oil plant. According to a U.S diplomat, “the United States will work with our partners and allies to ensure that energy markets remain well supplied and Iran is held accountable for its aggression.”

Reciprocally, Iran has rejected US allegations it was behind drone strikes on Saudi Arabia’s petroleum plants and advised Iran is ready for a “full-fledged” war.

Moreover, the power struggle between Iran and Saudi Arabia is the main cause of war in Syria. Hopefully, the world will see the peaceful end of Iran and US rift.

The 31st AdAsia 2019 Orientation-Dinner Just Took Place In Karachi & It Was A Grand Event!
Careem’s Initiative To Strengthen The Engineering Sector Of Pakistan Is A Sign Of Hope For The Techies!
To Top