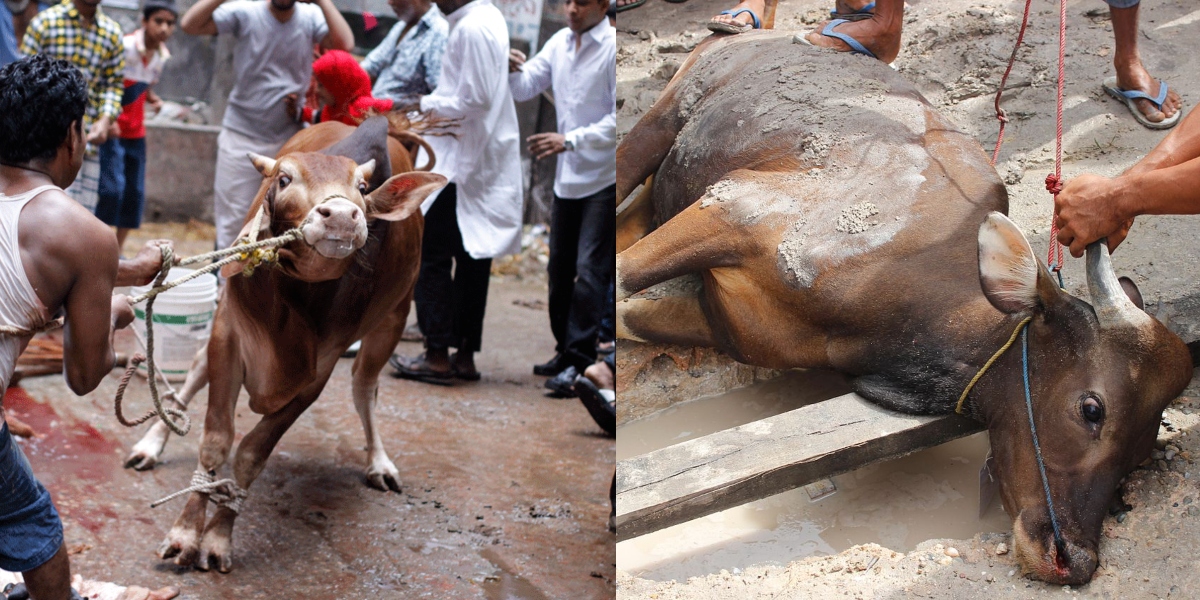 Islam has defined some practices that you have to perform once in your life or every year throughout your life. Like paying Zakat, Fasting, performing Hajj, etc. One of these rituals is qurbani. This animal sacrifice in the name of Allah is an obligation to every financially able person. It is another way of getting closer to The Gracious. As you are fulfilling His order. But does islam allow qurbani for the dead? read below for the answer

Anyhow, this ritual is performed every year on Eid-ul-Adha. And Muslims celebrate this festival on the 10th of Islamic lunar month Zil-Hajj. This is a Holy festival of sacrifice having great Holy importance.

How To Carry Out The Qurbani

Qurbani is an obligation that Allah has given some guidelines about. Prophet Mohammad (PBUH) has explained these guidelines to us. These include how it should be carried out.

Buying The Animal For Sacrifice

Firstly, when you’re buying the animal make sure it’s old enough. The defined criteria tell what the age of the animal should be at the time of Qurbani. Goat and sheep should be one year. Cow or buffalos at least two years. And Camel should be at least five years old.

The number of people who could share the Qurbani of Cow and Camel is seven. While for goat only one person is permitted.

Second criteria are that the animal should be healthy. Which is further explained with details.

Hadith explains, “Four types of animals are unlawful to be sacrificed: 1. Having defective eyes; 2. Having illness; 3. Lame; and 4. Skinny with no fat.” (Bukhari and Muslim)

After buying the animal you are supposed to take care of it till the day of Qurbani. And then ensure that the animal does not suffer while Qurbani. Hence, use a sharp knife. Do not however sharpen the knife in front of the animal. Nor kill one animal in front of the other.

The Qurbani is to be performed after Eid prayer. Later to Qurbani, make equal shares for every partner by weight and not an approximation. The share of the meat of the sacrificed animal of one individual is divided into three parts. It is then to be distributed among family, friends and the poor.

Allah (SWT) rewards every individual who offers Qurbani. As it is an act of obedience and the purification of wealth for the financially able Muslims. Qurbani extends the good relationship of a Muslim with his relatives, neighbors, and the rest of the Muslim community. It is also a way of being thankful to Allah for the blessing bestowed upon us.

For those who underestimate the importance of performing Qurbani – it becomes a curse.  Allah has set it has a standard ritual for every Muslim and it is ‘Wajib’. So, if you deny from it, you are defying the order of Allah.

“He who has the capacity to make Qurban but opts to deny it, let him not approach our place of prayer.” (Ahmad, Ibnu Majah, and Al-Hakim)

This Hadith explains the consequence for anyone who does not perform Qurbani despite being able. It says that he should not be permitted to enter the place of prayer. Since he becomes a sinner in the eyes of Allah.

However, the reward for performing it is big. It is explained in Hadith that it will free you from the fire of hell by increasing the weight of your deeds.

“There is nothing dearer to Allah during the days of Qurbani than the sacrificing of animals. The sacrificed animal shall come on the Day of judgment with its horns, hair, and hooves (to be weighed). The sacrifice is accepted by Allah before the blood reaches the ground. Therefore sacrifice with an open and happy heart.” (Tirmizi, Ibne Majah)

Qurbani On Behalf Of The Deceased – Qurbani For The Dead (Udhiyah)

This Holy practice of qurbani has great rewards. Hence, people usually give Qurbani in the name of their dead parents or elders which is permissible. They do this as a deed on behalf of the dead.

But, this practice of offering qurbani on behalf of the dead is only permissible under certain criteria. The basis on which you can do this is if you are offering a qurbani for yourself too. Some people name the only Qurbani they are offering to their dead parents or elder and do not offer one for their own. In this case, the Qurbani for the dead is accepted.

However, the one who offered it is still answerable for his own. Meaning that he becomes a sinner for not offering his Qurbani. So, if you have the intent to offer a qurbani for the dead you should take two shares. One for the dead and one for yourself. In this way, the qurbani for both the living and the dead shall be accepted. Do not overlook the importance of the qurbani for ones own. As if not performed, is a sin.

This practice of Islam is for the well-being of every Muslim. To get closer to Allah and his people. And to gain great reward for oneself throughout his life. May Allah give us the strength to follow his commands and accept them as our deeds. Ameen!