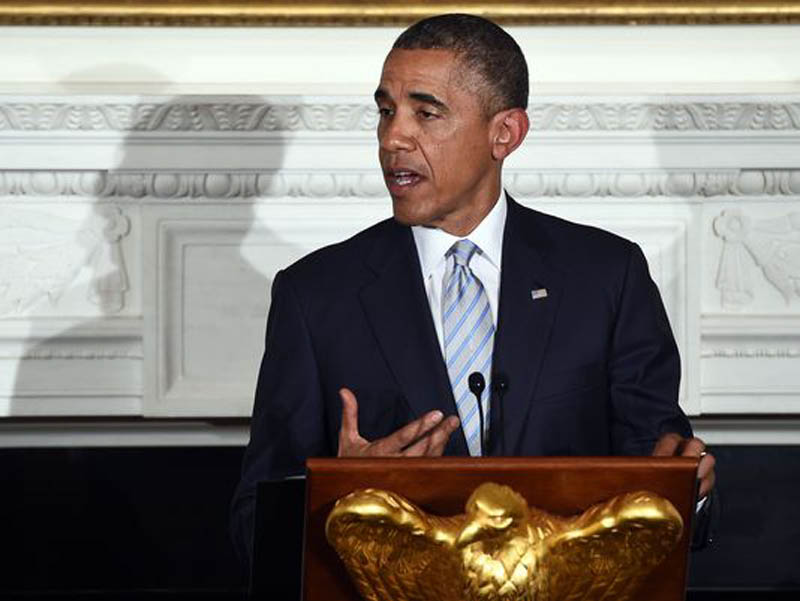 President Obama toldÂ 60 MinutesÂ that the United States underestimated the strength of the Islamic State before it took over large parts of Syria and Iraq, and overestimated the Iraqi army’s ability to fight the militants.

The Islamic State took advantage of the chaotic civil war in Syria to become “ground zero for jihadists around the world,” Obama said inÂ an interview to be aired Sunday night on CBS’Â 60 Minutes.

The U.S. has launched airstrikes against Islamic State positions in Syria and Iraq, part of an overall plan to roll back the militant group that has threatened the United States and its allies.

“We just have to push them back, and shrink their space, and go after their command and control, and their capacity, and their weapons, and their fueling, and cut off their financing, and work to eliminate the flow of foreign fighters,” Obama told CBS in the interview taped Friday, according to excerpts released by the network.

The administration also hopes to train Iraqi and Syrian forces to battle the Islamic State on the ground, without the U.S. having to commit combat troops.

The Islamic State arose in the midst of a civil war against Syria leader Bashar Assad.

The president acknowledged that the strength of the Islamic State took him and his administration by surprise.

“Well, I think our head of the intelligence community, Jim Clapper, has acknowledged that I think they underestimated what had been taking place in Syria,” Obama told Steve Kroft ofÂ 60 Minutes.

CBS andÂ 60 MinutesÂ also released an excerpt of this exchange:

“STEVE KROFT: You mentioned James Clapper, the Director of National Intelligence. I mean, he didn’t just say that we underestimated ISIL. He said we overestimated the ability and the will of our allies, the Iraqi Army, to fight.