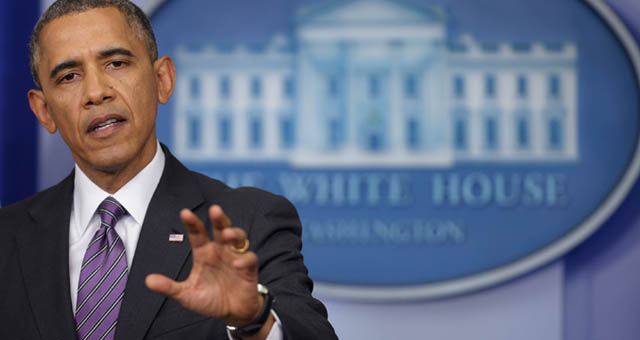 The US president Barack Obama has called the botched execution of an Oklahoma man “deeply troubling” and said there were problems around the application of the death penalty in the US.

Speaking on Friday at the White House, Obama said he would ask Attorney General Eric Holder to analyse the problems surrounding the use of lethal injections, following the botched execution of Oklahoma prisoner and convicted murderer Clayton Lockett.

In remarks at a joint press conference with Germany’s Chancellor Angela Merkel, Obama said: “What happened in Oklahoma is deeply troubling…Iâ€™ve said in the past there are certain circumstances in which a crime is so terrible that the application of the death penalty may be appropriate.

“But Iâ€™ve also said that in the application of the death penalty in this country, we have seen significant problems – racial bias, uneven application of the death penalty, situations in which there were individuals on death row who later on were discovered to have been innocent because of exculpatory evidence…this situation in Oklahoma I think just highlights some of the significant problems there.”

Obama was responding to a question about human rights and executions, with Friday’s comments being his first since Lockett died on Tuesday.

Lockett, along with another Charles Warner, was due to be executed by lethal injection at Oklahoma State Penitentiary.

But there was a problem administering one of three drugs and Lockett’s vein ruptured. He was left to die of a heart attack. Warner’s execution was then postponed.

On Wednesday, Oklahoma’s Governor Mary Fallin ordered an independent review into the state’s execution procedures. She also issued an executive order staying the execution of Warner until the review was complete.

If the review was not completed by that date, she said in a statement, an additional stay would be issued.

“Warner had his day in court. He committed a horrible crime: the physical abuse, rape and murder of an 11 month old infant. His fellow Oklahomans have sentenced him to death, and we expect that sentence to be carried out as required by law,â€ Fallin said.

Lockett assaulted, kidnapped and shot a woman and then had an accomplice bury her alive in a shallow grave. He also repeatedly raped a second woman.

Children among dead in fresh CAR violence
Moscow: Kiev and western sponsors directly responsible for bloodshed in E.Ukraine
To Top