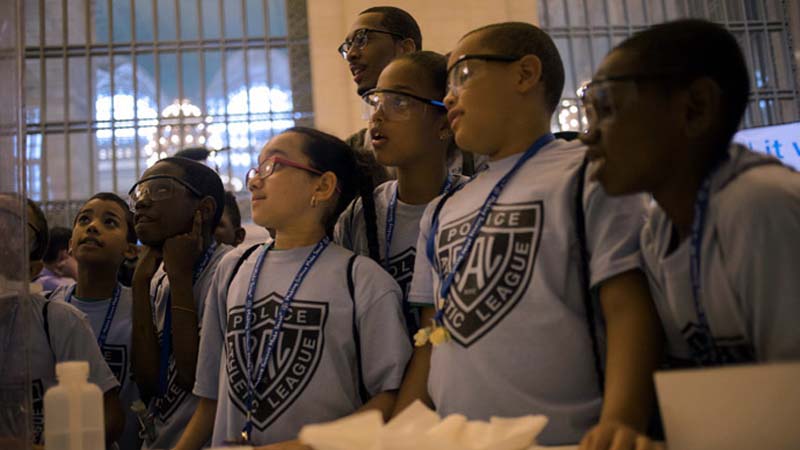 Two African-American schoolchildren who recently returned to the United States from overseas were reportedly taken to the hospital after other students physically assaulted them in New York City and called them “ Ebola.”

The two brothers from Senegal, aged 11 and 13, suffered severe injuries and were “brutally beaten” by classmates Oct. 24, according to a statement from the African Advisory Council of the Bronx (AAC). Both boys are residents of Bronx.

“They call me from the school tell me come, they’re beating your children. I rush, go there my children was very hurt, headached, he was crying, laying on the floor, more than 10 children on top of him, beating him,” the boys’ father, Ousmane Drame, told NY1 in an interview.

Speaking to CBS News, meanwhile, Drame added that students made fun of his sons and refused to come in contact with objects they touched.

Press conference in Harlem after 2 African boys were beaten in
the Bronx by classmates chanting, “Ebola, Ebola!” pic.twitter.com/Q3FRToJryf

Drame also accused the school of failing to take any action that would help his children, though the AAC said the school did take disciplinary action. The Department of Education is also looking into the matter.

“This incident has been reported, we are investigating and we take this matter very seriously,” the department said in a statement, according to CBS New York. “DOE School Safety staff are on site today to mediate this incident and ensure the safety and support of these students, school staff and their families.”

The AAC is looking to take up the incident in a meeting with Mayor Bill de Blasio and New York Police Department Commissioner Bill Bratton, the group wrote in a post on Facebook.

“We demand corrective measures that will stop bullying and violence against our children while in school and in the community. As citizens of this country and New York State, we ask for the equal protection guarantee under the law,” the group’s statement said.

While both brothers spent the majority of their lives in Senegal, they were born in the United States. They have now been back in America for about a month.

Senegal, meanwhile, was declared free of Ebola earlier this month.

10 Expressions You Give When Listening to Bilawal Bhutto Zardari
Terror alert: U.S steps up security at govt buildings over attack threats
To Top