With Pakistan’s film industry blossoming again, Lollywood has started producing high budget movies with great storylines. Veteran actors of Pakistan are trying their best to promote movies in cinemas, but sometimes, things happen that literally make the actors not want to be a part of the ‘new-found‘ set up.

One of Pakistan’s finest actors, Shamoon Abbasi, was disrespected and forced to leave a cinema in Karachi. The Nueplex cinema, which was premiering Lollywood’s latest movie ‘Chalay Thay Saath‘ featuring Syra Sheroz and Kent-S Long, did something which they might end up regretting for a long time. 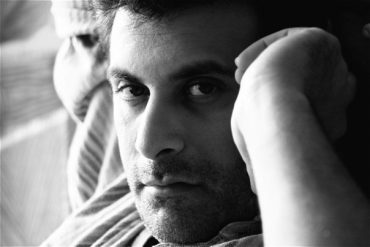 As per Shamoon, who spoke to entertainment hub Instep (The News), said that he will not be going to Nueplex cinema ever again. The reason? This is what Shamoon had to say. “When I entered the cinema hall there were no empty seats so I sat on the stairs instead since the film had started,” Abbasi told Instep. “I was invited by Zhalay [Sarhadi] personally so I decided to attend the premiere otherwise I had stopped going to certain events for the past one year.”

Shamoon said that he had to sit on the stairs because there were more personal guests than actors at the premiere. As he was invited by a friend, he decided to not act rude, sit on the stairs and watch the movie. While Shamoon sat there, Nueplex’s security personnel came and asked him to leave the cinema. Many people from the cinema had asked Shamoon to take their seat but being courteous, he declined. Shamoon told the cinema employee that he had been invited as a guest and as there were no seats, he would leave in a while. Upon this, the Nueplex staff reacted very rudely and forced him by the shoulder to take him out of the cinema. “I didn’t want to create any scene as the movie had begun already,” Shamoon added. “But they came again and then the security guy grabbed me by the shoulder saying ‘Chalo chalo utho yahan se’ on which I was surprised and left right away. It was very rude of him to do that as if I’m a criminal or so.” Imagine, if veteran actors, who are renowned all over the world, are treated like this in Pakistani cinemas, what would happen to the common man if he had to face such a situation? The incident is disgusting and disgraceful, which has not gone well with Shamoon’s fans and the general public.

Shamoon says that after the incident went viral on social media, he received a lot of calls from PR agencies to settle things down. However, the actor blames the management, saying that when Waar was up in the cinema, the same people kept calling him to appear and served nachos and popcorn while people sat on stairs.