The Way These People Were Humiliated By Karachi's Famous Cinema

Have you ever faced a situation where your plans totally went down the drain due to some ridiculous reasons? It sucks to face any situation where your plans totally fail by an external influence and you are left with nothing but frustration to deal with. You seriously do not want that happening when you plan to watch a movie in a cinema. How would you react if someone told you that you cannot watch the movie you bought tickets for and had been eagerly waiting for its launch? How would you react to it? 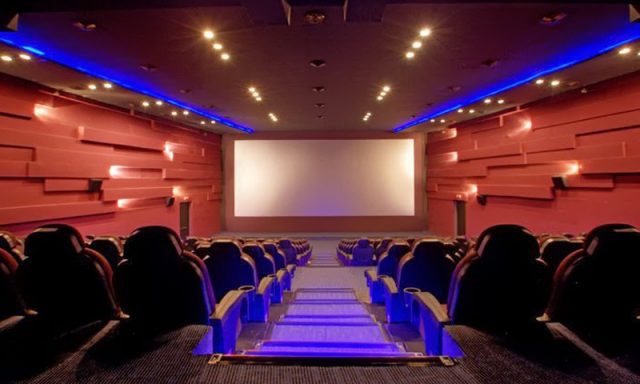 Nueplex cinema has gone nuts: Cinema management asked in the middle of movie, Hindi Medium to get refund and leave as the hall was empty. Last night, I went to Nueplex Cinema to watch Hindi Medium at around 3:30 am. At the ticket counter, we were told that there’s already a show running from 3:15 and the other one is at 3:40. We bought ticket for the 3:40 am show as we didn’t want to miss out the first 15 minutes. To my surprise, the entire movie hall was empty and only two of us were watching movie.

Just before the interval, a staff member came to us and asked if we needed anything from the canteen, we could buy it as they were planning to close it. Since we already had juice and coffee with us we said, ‘no’. Later when the interval came, my friend asked to ask the management if they could just forward it so that we may get done with the movie quickly and they all also get free. I approached a young boy inside the hall and he asked me to ask his manager, Mr. Nadeem – quite a chubby man.

To this I stopped. Looked at him from top to bottom and then said, “aap mana krdete kay show nahi laga sakte, hum tickets hi purchase nahi karte.” Mr Nadeem immediately replied, “Aap refund le lein.” I was utterly surprised with his extreme rude gesture and immediately went inside the hall, took my friend back, returned Nadeem the tickets and to which he said, “Aap chahe toh 3:15 wala show dekhlein woh 10 min agay hai bas.” This made me crazy and I angrily said, “Why would I skip my 10 mins?”

May be our mistake was requesting Mr. Nadeem to skip interval as they also approached us before closing the canteen. Still I wonder if this is the way Nueplex management deal with their customers? Shouldn’t the Nueplex management ask Mr. Nadeem the reason of his rude behavior? How could they ask their customers to get refund in the middle of a movie? Running a movie just for two customers doesn’t mean the management starts humiliating them right after the interval. There’s a thing called customer management and ethics. Nueplex seriously needs to learn that.

Well, this is pretty much shocking how they treated their customers. This is seriously disappointing from their end and we may not expect such a big organization to behave this way.

Have you guys ever faced a similar situation at a cinema? Share your experience.