NRO Is Out Of Nawaz's League Indicates PM Khan - Parhlo 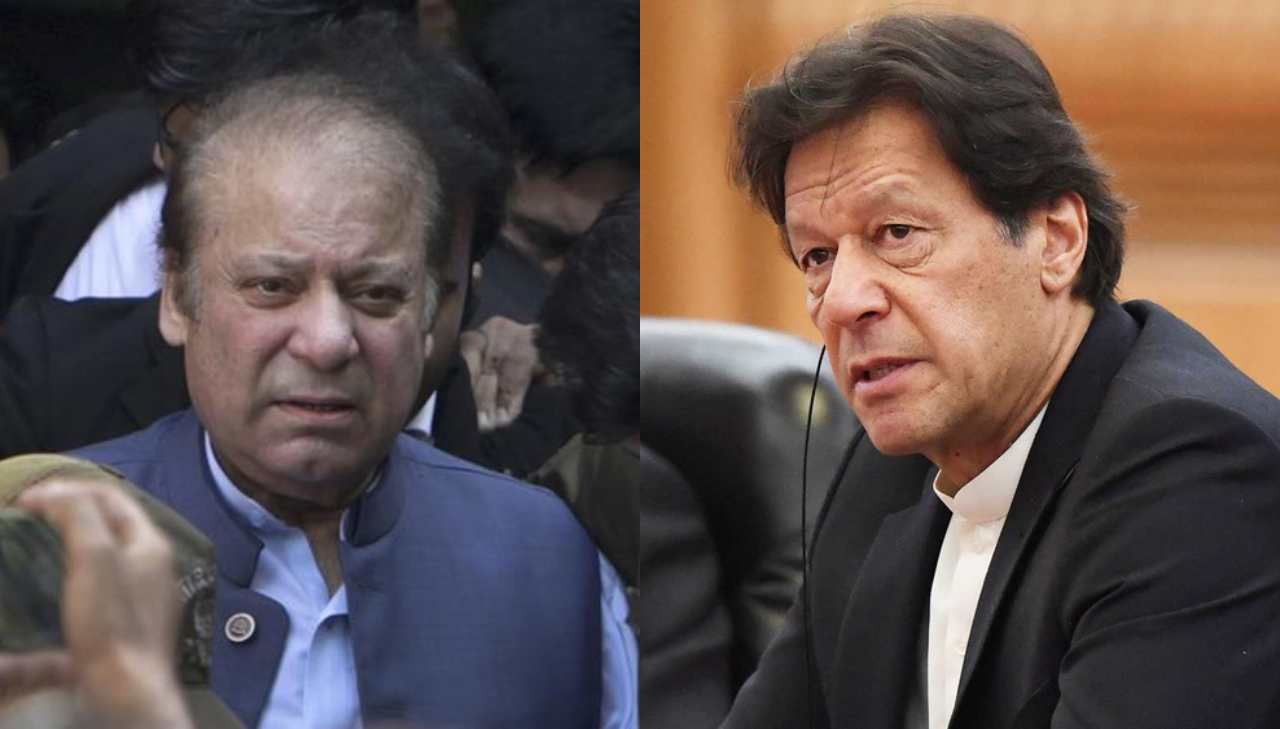 With every passing day, it seems like the chances of our former PM Nawaz Shareef bailing out of his own mess are reducing. The way things are going the chances are most probable to become zero in no time.

In the recent past, Nawaz has been appealing to the government to grant him an NRO. But our upright PM is stern to justly take every corrupt leader down by law. NRO is an escape plan and nobody in Pakistan gets to escape anymore.

However, on Tuesday in a parliamentary committee of PTI the ruling party, PM Khan said that no country has yet approached him for NRO of Nawaz. None of the countries have proposed any concessional deal for the corrupt politician. It could have been a safe exit for Nawaz but here he is hopeless and helpless till yet.

The meeting was held in alliance with all the political parties to discuss the current situation and budget strategy.

Also Read: Imran Khan Is Winning Hearts After He Promises To Bring Back All Looted Money

Nawaz Family Tried Taking Arab On Board For The Rescue

In the meeting, PM Khan claimed that the Nawaz family has attempted to bring Saudia Arab to their rescue. But there has been no follow up to their request from the Arab. The head of the Arab state has refused to help Nawaz saying it is an internal matter of Pakistan.

The PM anyhow fears that Turkish President Erdogan might intervene. Although yet there has been no development on the matter from their side. He also adds that he hasn’t been contacted by any of the countries

PM Doesn’t Intend To Grant NRO Even If Contacted

Before even being contacted by any country, PM cleared it out to everyone that he is not intending to give an NRO to anyone. He said that he is not ready to compromise on the corruption cases on any terms. No matter who contacts him, it is and will be a no from Pakistan.

Khan also added that the government will respond to all the protests and staged sit-ins with by the opposition with their performance and not an NRO. The looters will not be set to be free without being treated by the law. Even if the opposition decides to hold an All Parties Conference (APC) and launch a movement against the federation to demand an NRO, it shall not be granted.

He has denied co-operating in any leniency to give margin to the looters. And the parliamentarians are answerable for people who have pushed Pakistan in a position where it is today. Previously, Khan had also referred to the past decision of Pakistan to grant an NRO to Shareef. If he wouldn’t have been granted NRO back then, there would be no money laundering today said, PM Khan.

Taking Out Pakistan From Financial Crisis

Talking about the main agenda of the meeting according to the sources, PM was heard saying that the Economic Direction has been determined to take Pakistan out of the situation of financial crisis.

Also Read: For The First Time In History, PM Imran Khan And His Cabinet Will Reduce Their Salaries By 10%!

He also insisted the parliamentarians to launch awareness campaigns and convince people to start paying their taxes.

Are you proud of PM’s strict approach towards NRO or do you think of it as an emotionally fueled decision? Let us know in the comments.

This Animal From Hazara Kept Raping His Step-Daughters For Years While Also Recording Their Videos And It’s Sick!
Actor Muneeb Butt Slams Trolls Who Say He Has Used ‘Whitening Injections’ And He Is Furious!
To Top