Now These Celebrities Will Know the Pain of Kashmiris 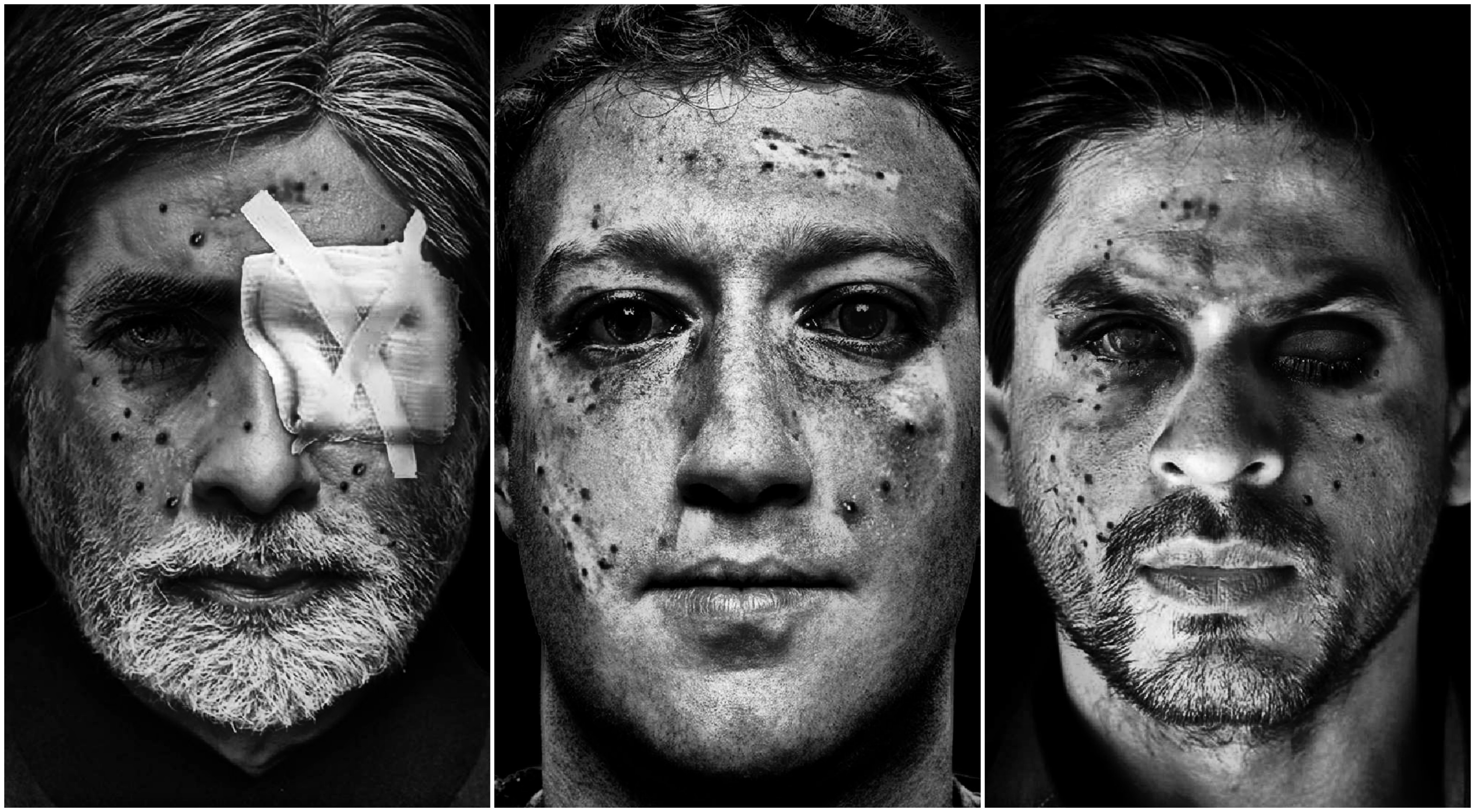 In a haunting campaign aimed to shock people out of their ignorance, Never Forget Pakistan created a post on Facebook with horrific pictures.

Coined as “What If You Knew the Victim? #IndiaCantSee“, the campaign has been going viral with its brutally accurate and gut-wrenching content.

With Mohammad Jibran Nasir spearheading the concept and copywriting, the campaign focuses on letters imagined as how different people would send them; Kashmiri victims of the attack, doctors hoping to save the catastrophically injured, and the family who had to stand by their injured, helping them, trying to comfort them.

The heart-breaking letters capture the torturous agony the victims have faced since the attack itself, and continue to struggle with, every. Single. Day.

But who were the letters being sent to though?

In pictures so realistic, so gruesome, the injuries that have been inflicted upon the people of Kashmir had been painted and photoshopped across the faces of famous luminaries from India. 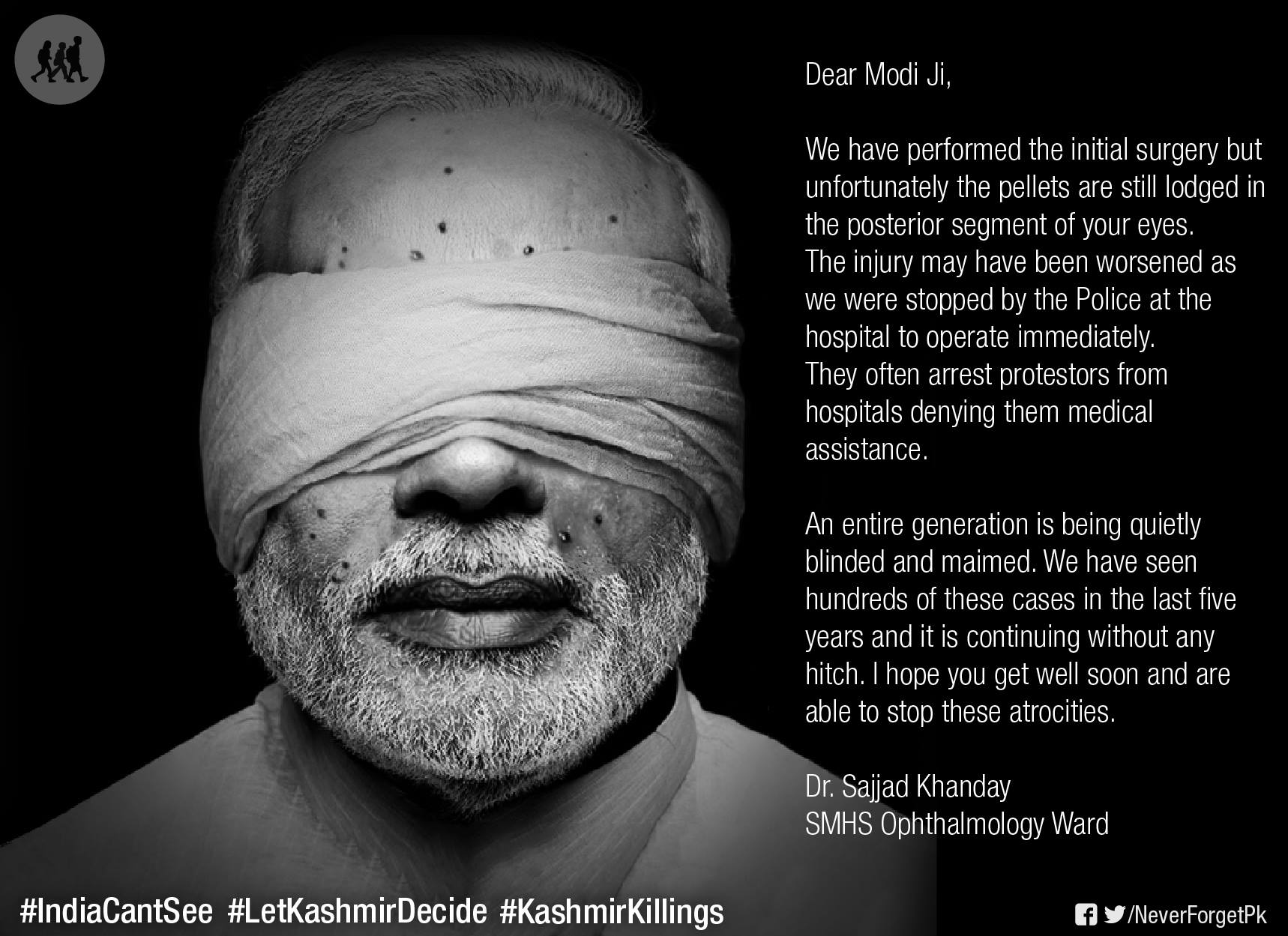 “Dear Modi ji, the laws of your democracy are making Kashmiris silent and blind
Kashmiri doctors lament injuries by pellets in protests.”

to actors and actresses such as Alia Bhatt – 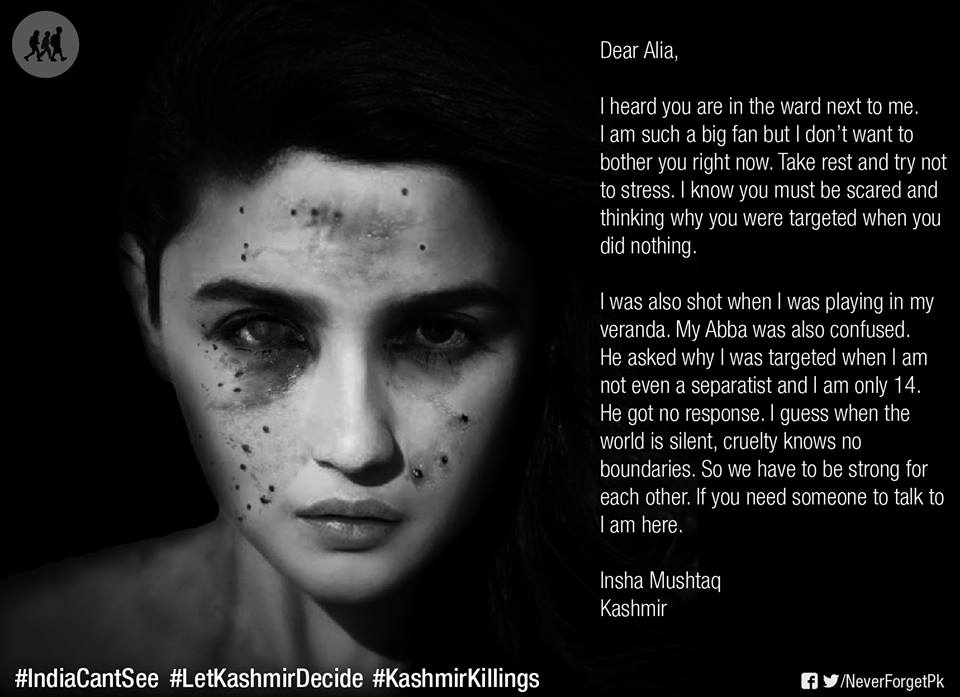 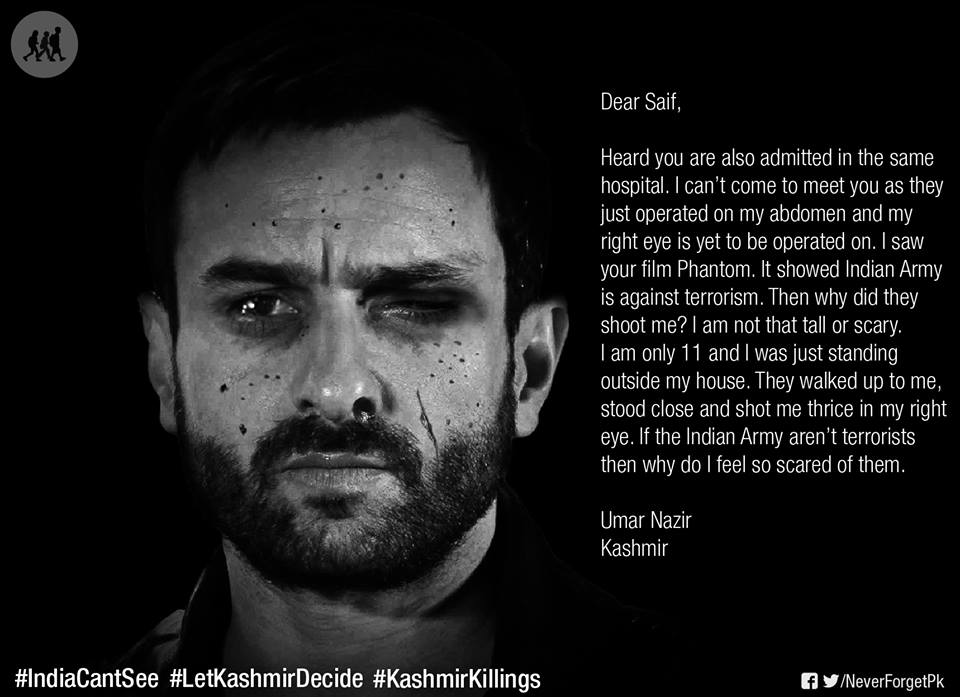 “Dear Saif, Kashmir is losing hope in you.”

– the campaign focused on the letters being written to the famous celebrities if they were Kashmiris, and had been through the attacks themselves. 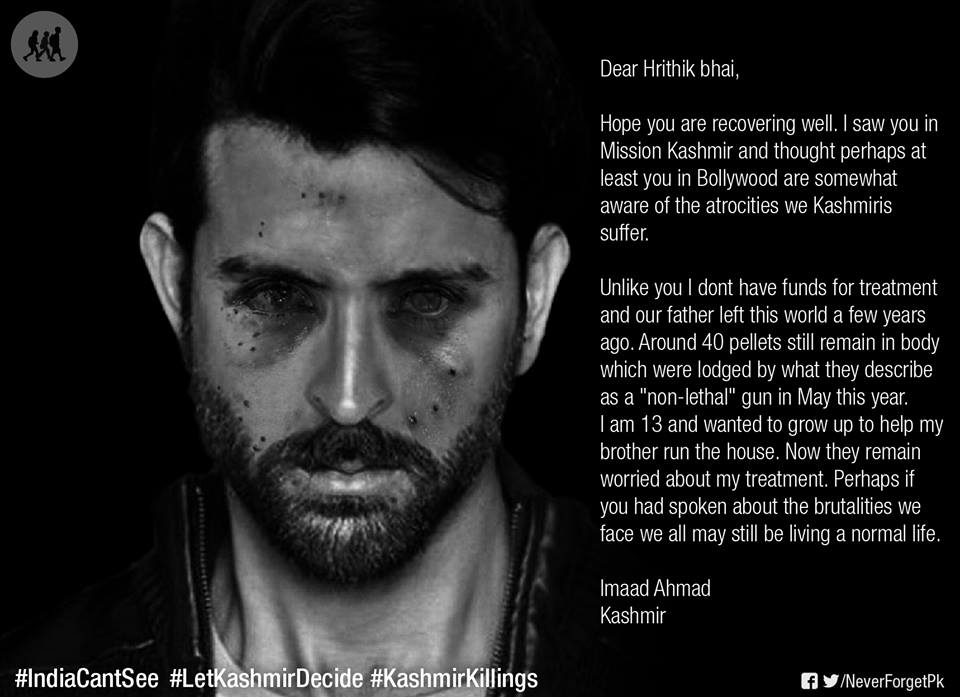 “Dear Hrithik, would Krish save Kashmiri children from a tyrant army.” 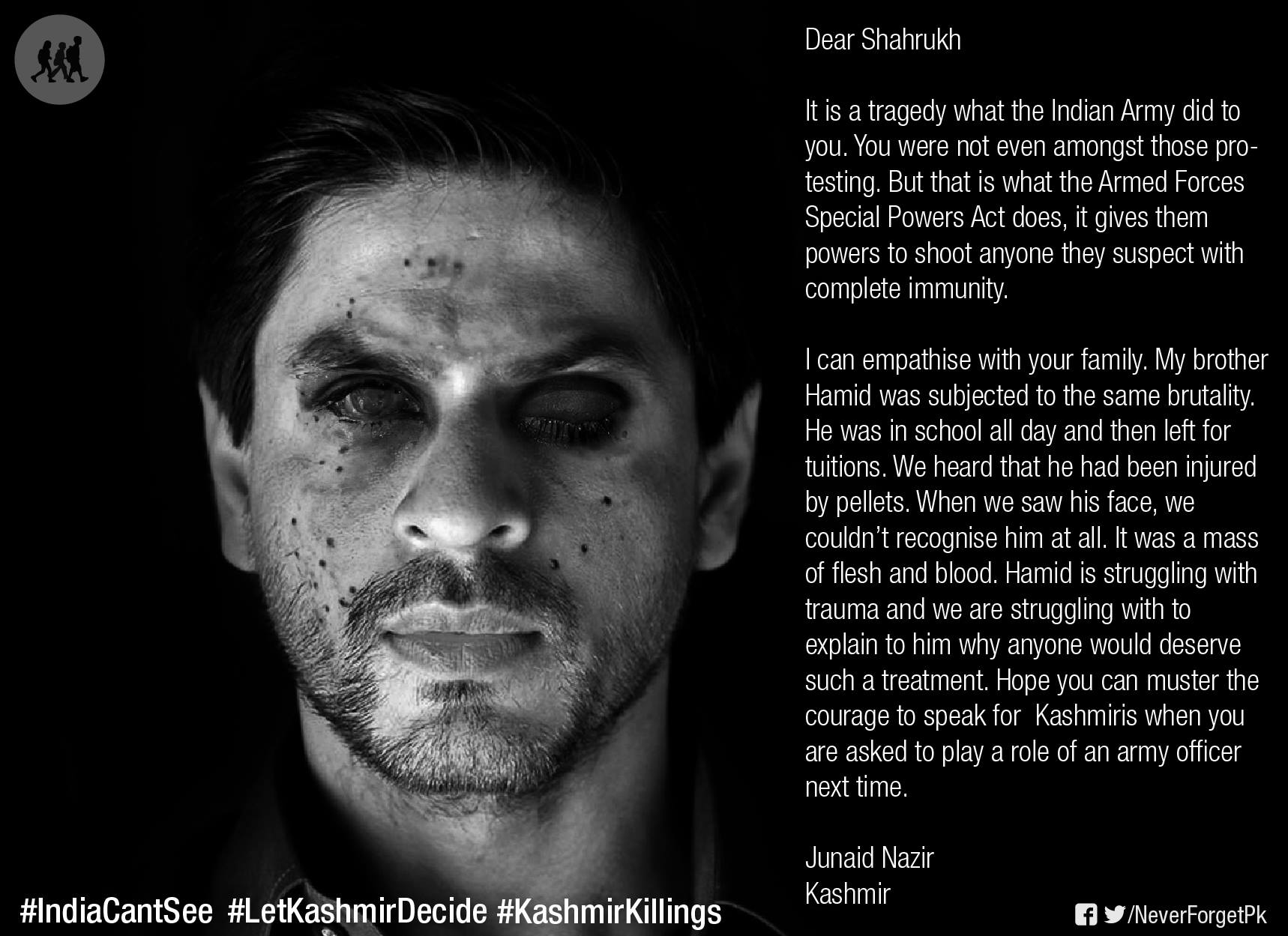 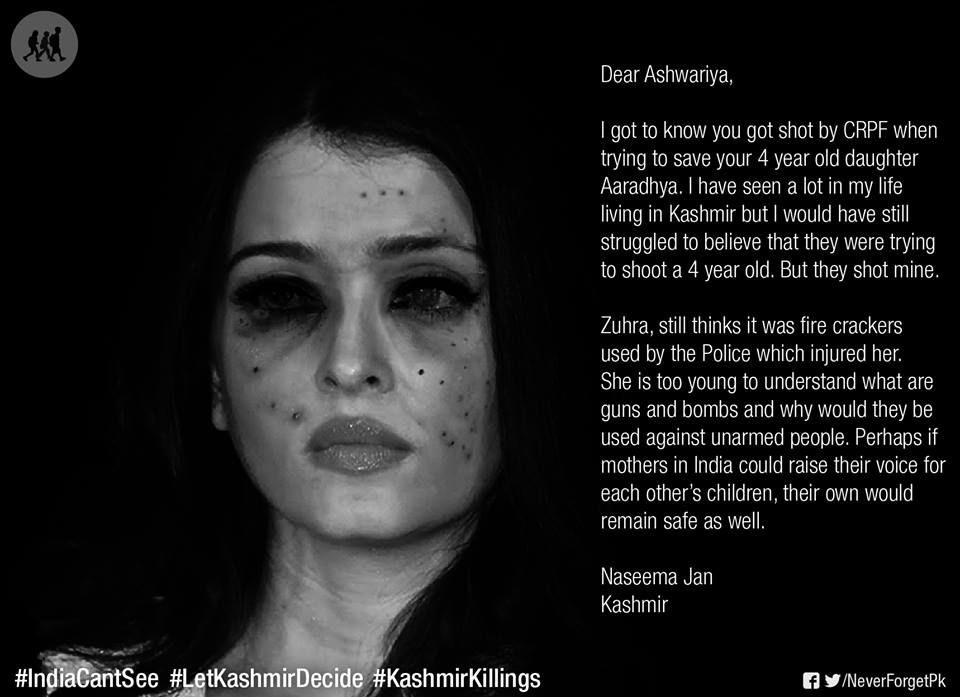 “Dear Aishwariya, would you speak for someone else’s four year old.” 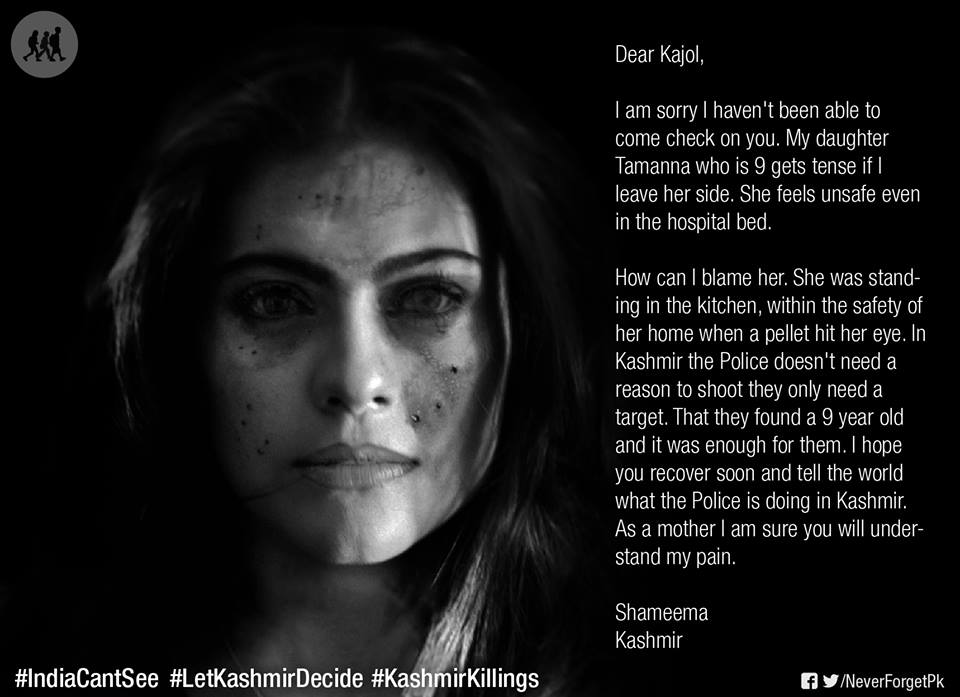 “Dear Kajol, would you speak for a fellow mother.”

The frightening injuries on their faces call to the actual pain and wounds the Kashmiris have been suffering from. The black remnants of the so-called “non lethal” pellets freckle the faces of the Indian celebrities, exactly as those of the Kashmiris who were attacked without warning, without reason. 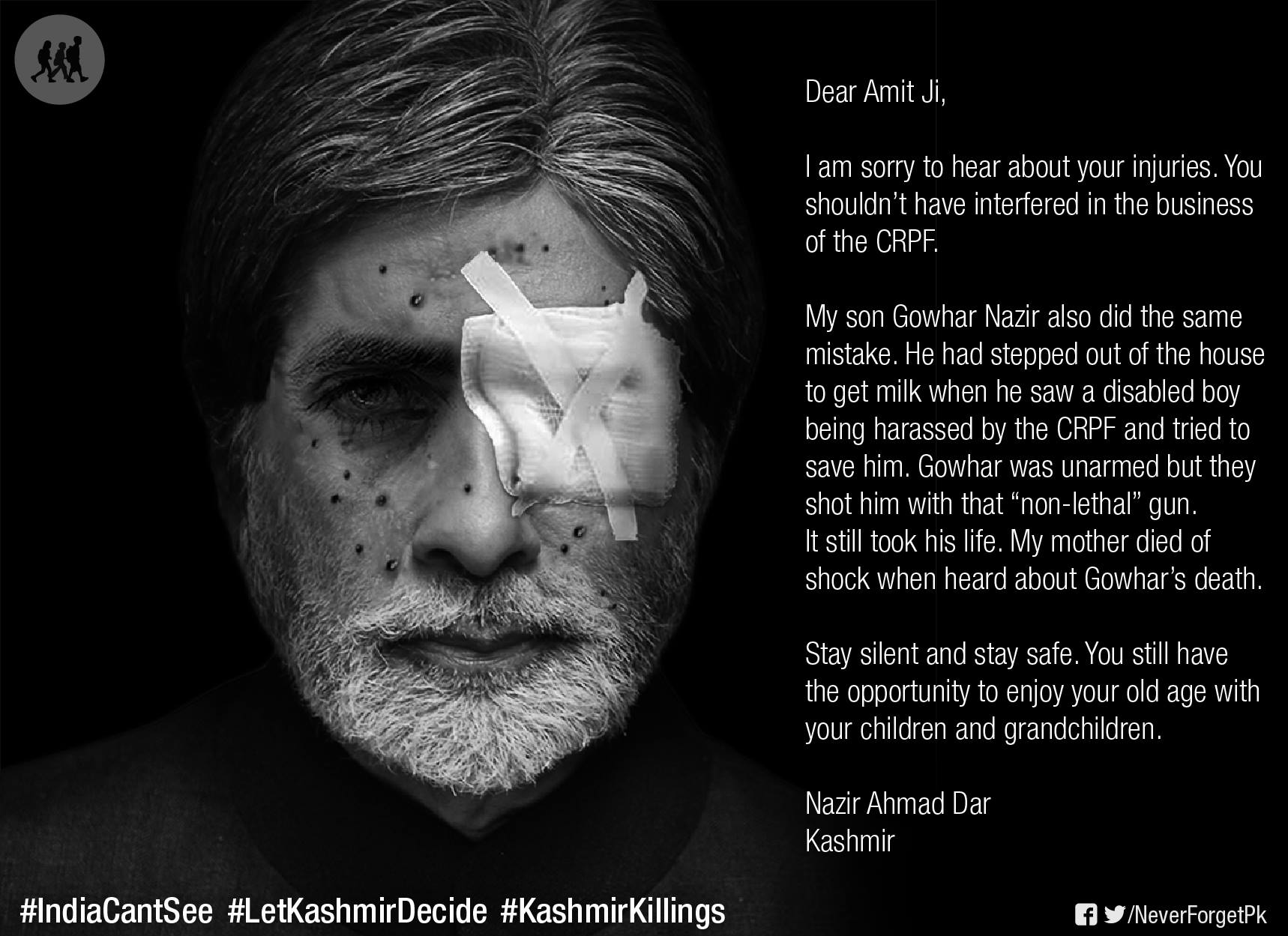 From loss of vision, extreme on-going trauma and traumatic stress, incomparable injuries that can not be treated because of the extent the pellets have damaged the people and the cost of the injuries. 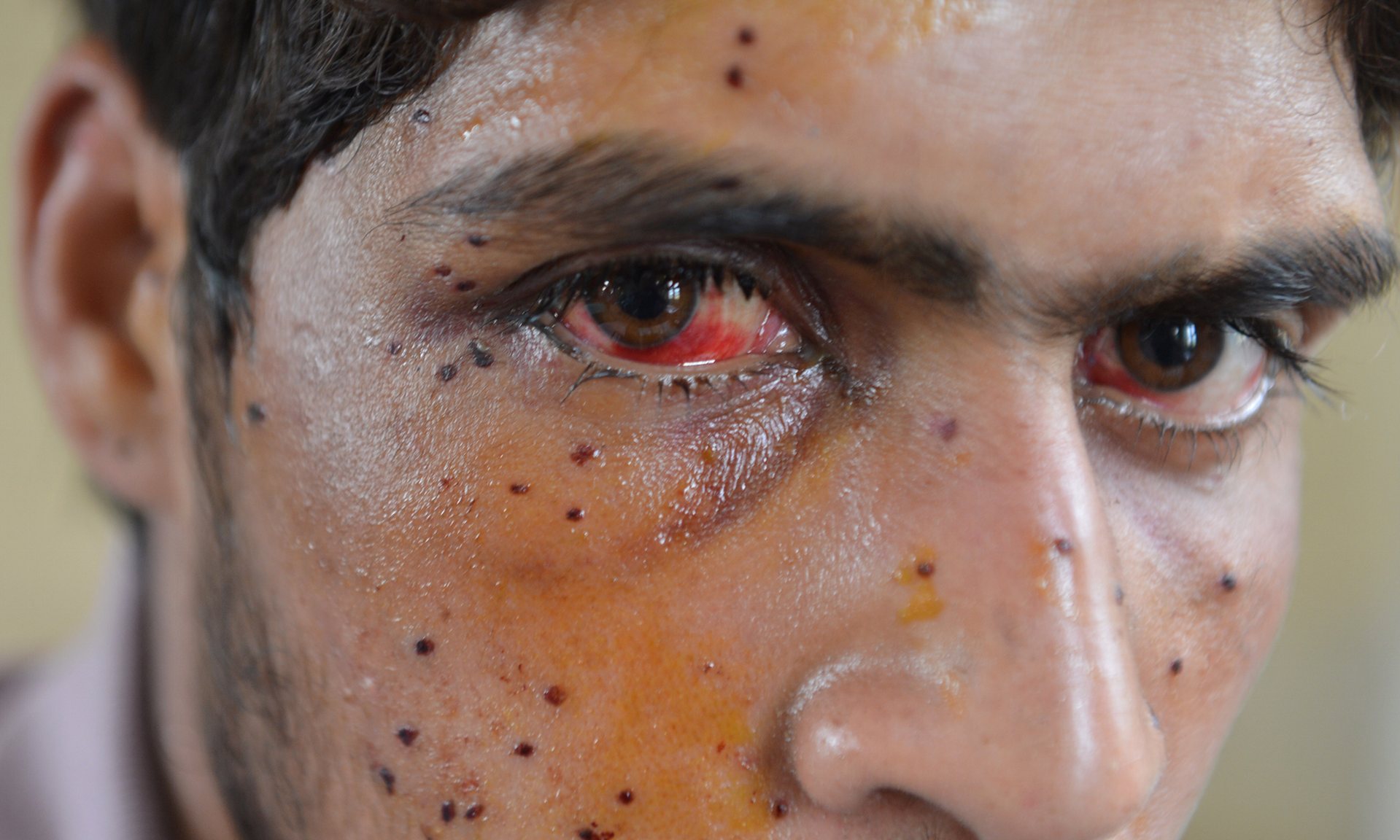 Not only does the campaign work in spreading awareness on how exactly the Indian forces are implementing the attacks on the Kashmiris, but also on how great figures – especially Mark Zuckerburg – are turning a blind eye to the attacks – and in Facebook’s case – going as far as to censor those who are providing information on it, albeit graphic information.

Why is social media shying away from calling these horrific acts exactly what they are – terrorism.

Is it not terrorism to unofficially use violence and intimidation for the pursuit of political aims? And in the case where  law enforcement officials are actively using their authority and power to no less attack innocent civilians, is it not terrorism? 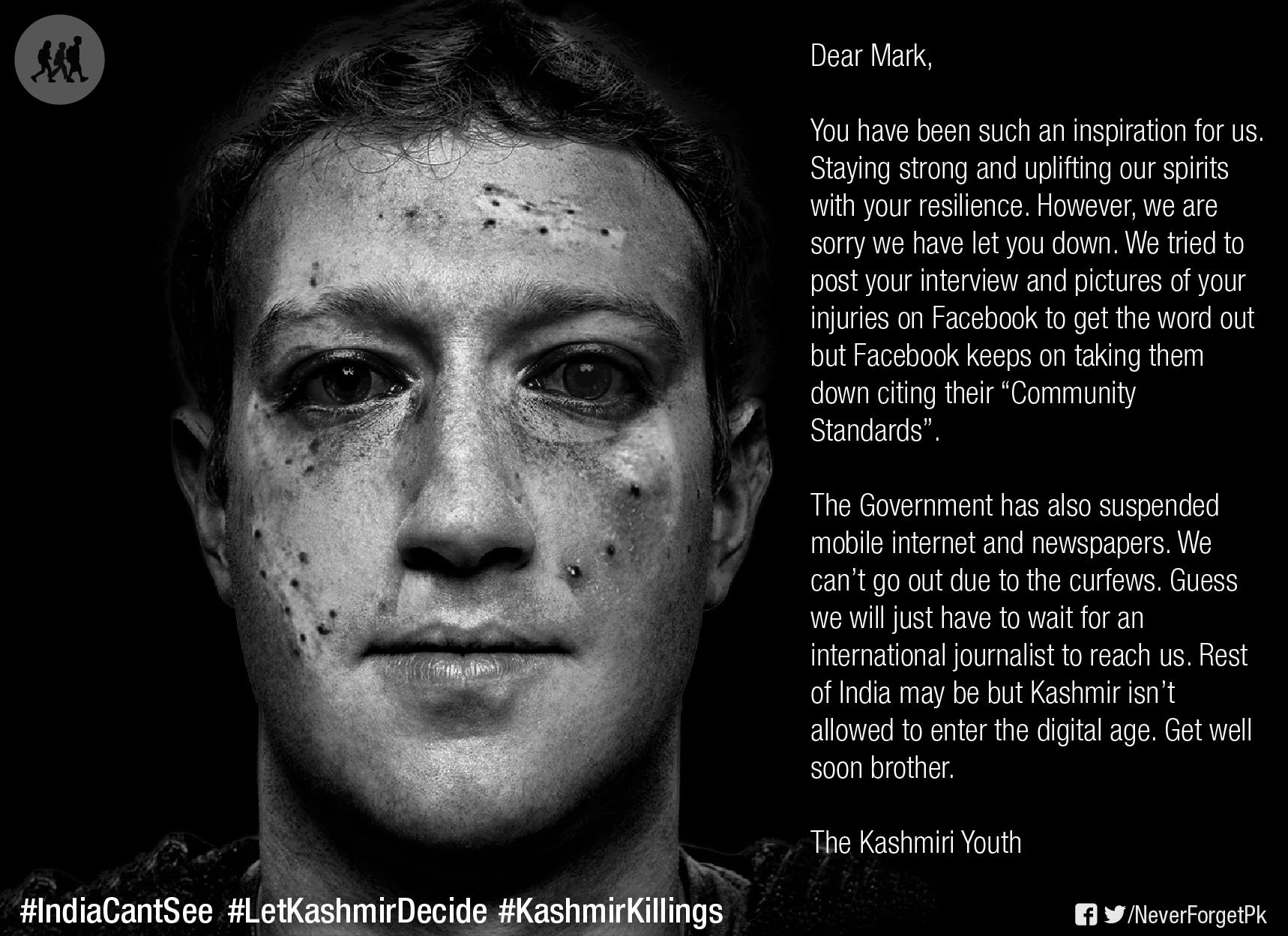 The post may be shocking, but be honest. Do you know people who would have clicked it if they weren’t celebrities?

All credit for creating these images goes to the design team at Never Forget Pakistan, namely Batool Aqeel and Murtaza Abbas.

Try Banning Your Mentality
Three Quotes By These Three Women Are Enough To Bring The Change In Your Life!
To Top