We come across great stories of dedication, hard work, and passion every once in a while in Pakistan. These talented young individuals prove to the world that regardless of your poor circumstances, you can pave your way to the top. When you are focused on your aims and goals that are perfectly defined, you are bound to overcome all obstacles that come your way.

One such bright young lady, who is the daughter of a truck driver has set the bar high for all struggling students of Pakistan. This story is inspiring and heart-warming.

Meet Noshaba Zafar, An Affiliate Student Who Scored The Highest Marks In The History Of Punjab University. 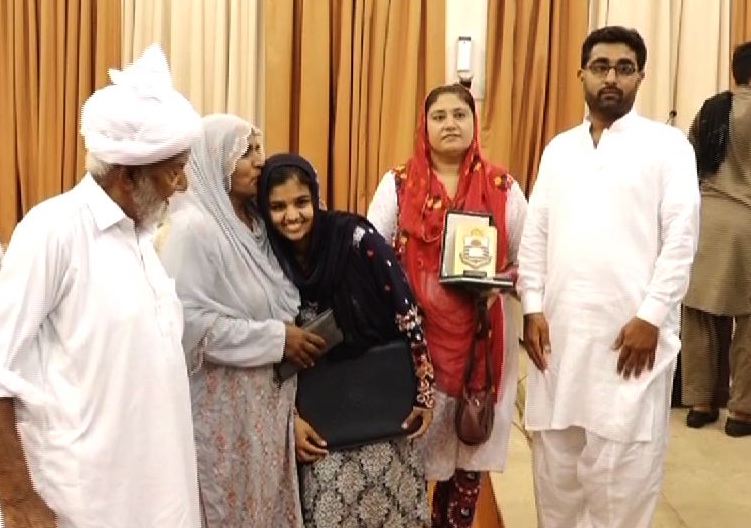 Noshaba hails from district Chakwal’s tehsil Talagang in Punjab province and has lost both of her parents. It was her grandfather, Noshaba says who encouraged her to continue her studies.

She is a BSc student from VIP Girls Degree College. On Tuesday, Punjab University announced the results of the BA/BSc Annual Examination 2019 and Zafar turned out to be the first student to score 714 marks out of 800.

Zahida Habib, who is the principal of Noshaba’s college expressed happiness and was proud of her student. She also mentioned that in 137 years of Punjab University, no student has achieved such results.

The news of her success brought much joy to the entire city and her residence started crowding with people who wanted to congratulate her and the family.

A price distribution ceremony was organized for all the position holders on Wednesday at Lahore’s Al-Raazi Halland and Noshaba was awarded 0.1 million rupees cash prize by the Vice-Chancellor Prof Niaz Ahmed Akhtar, who was the chief guest.

Also Read: These Three Hindu Girls From Interior Sindh Passed Their Judicial Exams And Every Pakistani Should Feel Proud!

Noshaba Has Her Future Plans Sorted Including The Career Path She Wants To Tread On. 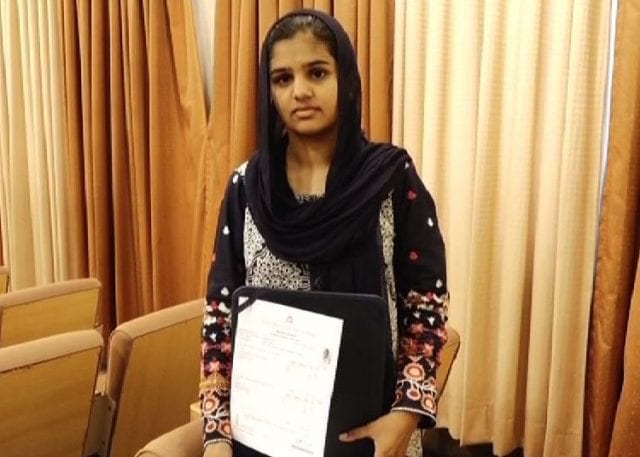 While speaking on a local TV show, she revealed her future plans. She wants to pursue a Master’s degree and once she completes that she would then go on to complete her MPhil.

When asked about the kind of career she would opt for, Noshaba said, “I want to be a lecturer to serve our people. I want to fulfill all of my deceased father’s wishes.”

Noshaba being a student who won scholarships and worked extremely hard towards achieving them due to her financial conditions, advised others who are in the same boat as her to do the same.

She said, “I was not one of those kids who would only study. I kept time for other activities too. My message for all those who can’t afford an education is that you all should work hard in order to get scholarships,”

She has a great future ahead of her; anyone with this much dedication and passion to do well in life despite having troubles is destined to become successful. We wish her strength, luck, and good fortune!

Also Read: Meet These 3 ‘Beauties With Brains’ Who Cleared Their CSS Exams And Became Idols For Pakistani Women!

What do you have to say about this great story? Let us know in the comment section below!