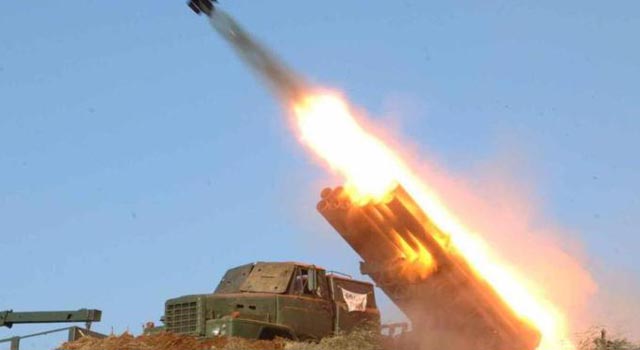 North Korea has begun a live-fire drill near its maritime border with South Korea, one month after a similar exercise triggered the exchange of hundreds of artillery shells across the disputed boundary.

The firing began at about 2 PM local time (0500 GMT) and no rounds appeared to have landed south of the live disputed Northern Limit Line border, a South Korean military official said according to Reuters news agency.

“The North notified us there would be live-fire drills today north of the (border) near Yeonpyeong and Baengnyeong islands,” a South Korean defence ministry spokesman told AFP news agency on Tuesday.

“Our military is fully prepared,” the spokesman said, adding that South Korean fishing vessels had already been told to withdraw from the area.

North Korea carried out a similar drill on March 31 during which a number of shells dropped into South Korean territorial waters.

The exchange was limited to untargeted shelling into the sea, but fuelled tensions that had already risen after North Korea threatened to carry out a nuclear test.

It also followed the visit to Seoul last week by US President Barack Obama, who angered Pyongyang by demanding that the North abandon its nuclear weapons programme.

Read Also: Kim Jong-Un Says He Is All Set For ‘Peace Talks’ With South Korea