Meet Noor Marjan - This Peshawar University Watchman Did His M.Phil While On Job

Noor Marjan was appointed as a watchman 20 years ago when he had done his matriculation. He has now completed his M.Phil from Agriculture University Peshawar [the same university he is working for]. He earned his degree in Islamic Studies.

The subject of his dissertation was a comparative study of the customs of the tribal districts with the customs of Hindus and Sikhs. He was recruited as a watchman on a matriculation basis and continued his education with a job.

Marjan hails from Khyber District of Khyber Pakhtunkhwa. However, he is still working as a watchman at the Sheikh Zayed Islamic Center of the University of Peshawar. Marjan is not happy with the job and hopes to get a job based on his academic qualification. 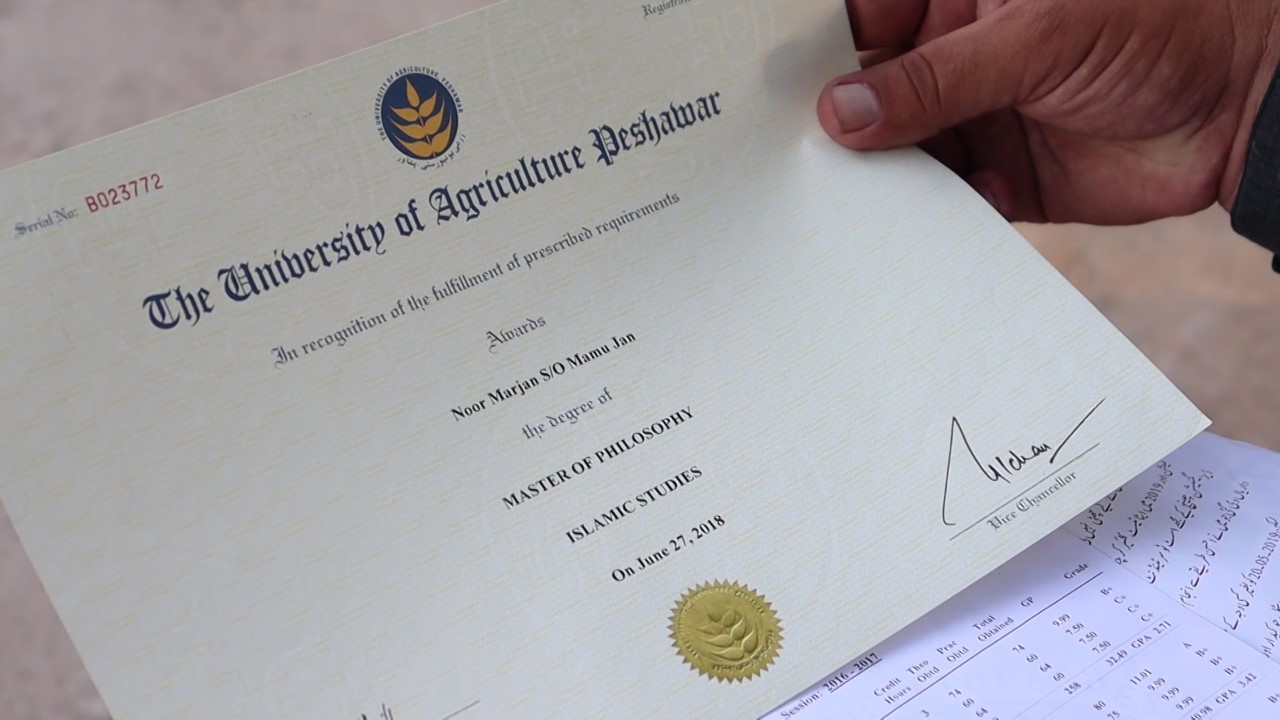 While hoping to get a better job, Marjan told Independent Urdu that he sometimes gets very upset. “I always dreamt to get a better job rather than being a watchman. But I can’t give it up because if I give up, there is no other source of livelihood.”

Marjan appeals to the government

Also, Marjan has worked in numerous departments as a caretaker at the same university. According to him, in 2014 he had served as a Superintendent of Examinations for four years. After this, he was work as a clerk in a university hostel which he did well. But he is once again employed as a watchman.

Appealing to the government and the university administration, Marjan said, “My request is that I should be given a duty according to my education. I have done M.Phil including B.Ed and M.Ed which is related to the field of education. So, if I am not a lecturer then at least I should be a teaching assistant so that I can continue my education for the betterment of children.”

Moreover, soon after the story of poor Marjan went viral, people took to Twitter to praise his hard work and dedication towards getting high education. He belongs to a poor family and his love for education is commendable.

Incredible! Many congratulations, Noor Marjan sahab – you are an inspiration. https://t.co/n7sGJyUmxp

He was appointed as security guard 20yrs ago on metric qualification, and now has completed his M.phil degree from Agriculture University Peshawar. His research topic was ‘comparative analysis of tribal customs with customs of Hindu and Sikhs 👏👏 pic.twitter.com/FH9pkwX6uu

He was appointed as security guard 20yrs ago on metric qualification, and now has completed his M.phil degree from Agriculture University Peshawar. His research topic was ‘comparative analysis of tribal customs with customs of Hindu and Sikhs’….Kia baat hai Noor Marjan. pic.twitter.com/7iXyv49poe

Noor Marjan of Khyber District has been working as a watchman at the Sheikh Zayed Islamic Center of the University of Peshawar for the past 20 years, during which time he also earned an M.Phil degree."I am still a watchman and I do not know how long I will be a watchman" he said. pic.twitter.com/aqcK0CWBCv

Hats off to Noor Marjan’s courage. Best wishes for his brighter future.
Confused at the same time – why a University of Agriculture would be awarding degrees in Islamic Studies. Our education system has stopped delivering for the poor – handed over to looters & plunderers. https://t.co/FvfsEA5CgY

We hope that people like Marjan who actually want to work for the betterment of the country should get a better opportunity. Instead of corrupt leaders and countrymen who are destroying the education system of Pakistan, these talented, educated people should get the chance to prove themselves.