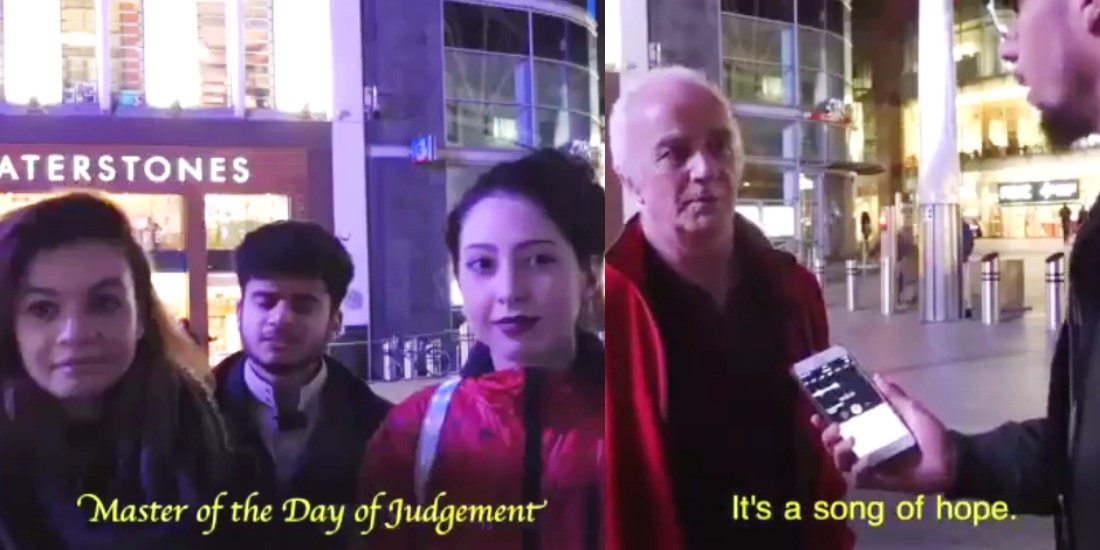 When we say that Islam is a perfect religion, we back it with a number of different arguments. From what the Holy Quran teaches us to even the recitation of its verses, everything about Islam just fits perfectly. Sometimes people go out of the way to prove this to non-believers and the end result is usually worth it.

One social media page conducted a social experiment, one that might differ from everything else that has been done before. The social experiment saw people of different backgrounds, faiths, and religions listening to Surah Al-Fatiha from the Holy Quran. Their reactions? Well, you can see for yourself.

All the while they’re listening to the tilawat of Surah Al-Fatiha, they remain serious and stagnant, without any sort of expressions or movement, giving all the respect they can to the Holy Quran.

After listening to the tilawat, the host asks them: “How did it make you feel?” – and their replies are absolutely beautiful, shocking, but absolutely beautiful! One of the listeners said: “Strife of life, it was solemn but at the same time… it was as if there’s… HOPE!”

Another listener commented: “The feeling man… MY HEART!” – followed by two women saying it made them feel “very relaxed!” – So beautiful was the tilawat of Surah Al-Fatiha that none of them was able to give a single negative comment, while the recitation touched their souls.

Other listeners including one woman compared it to a reminiscent. One questioned if it was a prayer that we said before going to bed because it was so relaxing in nature. All the people in the experiment absolutely loved it, some even compared it to reminding them of traveling! “Beautiful, emotional and a little bit spiritual,” said one woman, who claimed she was moved by it.

Not just the people in the video, the comments that followed on the social media page “The Muslim Vibe” which were posted underneath, were as beautiful as the ones in the video.


The social experiment proved as a certain success in portraying that it is not Islam that is flawed, it is the followers that might go astray from time to time. We hope that others have a similar opinion of the beauty of the Holy Quran and the sweet recitation by the people conducting the experiment.