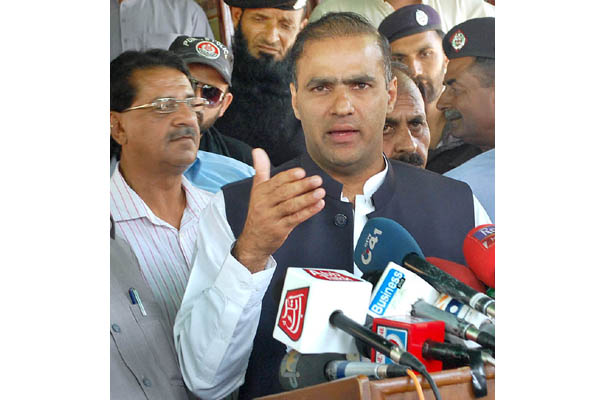 State Minister for Water and Supply Ch Abid Sher Ali Monday announced that there would be no load shedding during Sehr and Iftar while measures would also be taken for better load management, especially during Taraveeh and other prayers timings. Talking to the media persons at FESCO Headquarters, he said that all power distribution companies had been directed to make arrangements for providing uninterrupted electricity supply during Sehr and Iftar.

He said the government was utilizing all available resources for maintenance and improvement of power distribution system. In this connection, Rs 15 billion were being spent on the up gradation of FESCO system, he added.

The state minister observed that 4 years back, the rural areas were experiencing 10 or more hours loadshedding daily but now the duration had been reduced up to 4-5 hours daily. He said the present government had launched a number of projects in the energy sector due to which loadshedding would be ended completely from Pakistan by the end of this year, whereas the country would have surplus electricity from next year.

He said that Prime Minister, Muhammed Nawaz Sharif was taking a keen interest in public welfare, besides taking steps for poverty alleviation from the country. He said the incumbent government had the privilege to initiate China-Pakistan Economic Corridor (CPEC) which would bring revolution in all spheres of life including industrial, trade, business and agriculture sectors besides creating millions of job opportunities in the country.

He said that anti-state elements were hatching conspiracies to derail the development pace by hoodwinking the people on one pretext or the other.
They are also trying to create a rift among state organs but they should realize that the people of Pakistan were well-aware of their nefarious designs, he said. The people will also reject such elements in the coming general election because the nation had needed progress and prosperity not hollow slogans, he added.

Abid Sher Ali criticized Pakistan Tehreek-e-Insaf (PTI) and said the PTI even could not establish a new school in Khyber Pakhtunkhwa (KPK) despite it had been enjoying power in the province for the last 4 years. The present government would complete its constitutional tenure, he added.

The Minister said that 66-KV grid stations were also being upgraded up to 132-KV and the project would help in ensuring uninterrupted power supply to consumers besides redressing their complaints regarding low voltages and non-issuance of electricity connections.