Nita Ambani Has Gone Viral Again For Her Rare Crocodile Skin Bag Worth Millions And The World Is Angry!

Birkin bags are considered to be pieces of art. The time, effort, exotic materials and the superior levels of artistry that is required to produce one of these bags is what makes them the most expensive handbags around the world. It is said that not just any craftsman is allowed to create them but only the ones with extensive years of experience behind them. Even after having the qualification and skills, they go through a great amount of training which can take several years. 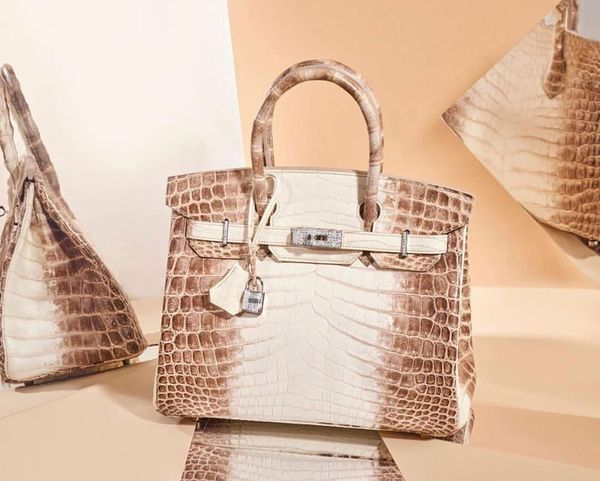 These Hermès Birkin bags are sold for unimaginable sums at the auctions. Currently, one of the most expensive pieces is the Hermès Himalaya Birkin Bag, considered as the ‘Holy Grail’ in a handbag collection. It is famed as ‘The Rarest Handbag in the World’. It is handmade from Niloticus crocodile with more than 240 diamonds on its 18-karat-gold hardware.

Nita Ambani Was Seen Carrying This Bag And The Picture Has Gone Viral!

She is the founder and chairperson of the Reliance Foundation and wife of the business tycoon Mukesh Ambani. Her picture where she is wearing a white outfit paired with the Himalaya Birkin bag that reportedly costs around INR 2.6 crore has taken the internet by storm.

At an auction at Christie, this white Birkin was sold off for $379,261. The auction described the bag as “an exceptional, matte white Himalaya Niloticus crocodile diamond Birkin.” Now that’s some name. It is made from Nile crocodile skin with a color grading that resembles the color of Himalayas.

This extravagance didn’t sit well with many.

Majority of people expressed anger over animal slaughter for handbags while others simply disappointed with Anita Ambani’s choice to invest such a hefty amount on a bag when that money could have been used for better causes.

The country being India here, someone has reminded her of the real causes she could have spent that money in.

Money but no brains, says one. She has sure come under fire and these are the sentiments of many who are against the slaughtering of crocodiles for their hides.

Birkin bags are accessories of the most wealthy and Nita Ambani belongs to one of the richest Indian families.

Meet Mohd Yasir – A 10-Year-Old Hafiz-e-Quran Who Won The AI ‘Technology Award’ In USA!
DFresh Is Now Delivering Fresh Vegetables & Fruits To Your Doorstep And What More Could You Ask For?!
To Top