Nisar Nasik, the one behind the lyrics of the infamous song Dil Dil Pakistan, has passed away at the age of 73 on Wednesday. His contribution towards developing patriotic songs for Pakistan will never be forgotten. Even now, children within schools might be singing his song word for word in an assembly. It is hard to believe that Pakistan would ever forget Nisar Nasik’s Dil Dil Pakistan. The impact his lyrics have had on the country is impressive and retains Pakistani’s bond with the nation.

The song Dil Dil Pakistan is also the reason for Junaid Jamshed’s fame. He got known throughout Pakistan because he sang the song. However, it seems that Nasik couldn’t receive his fair share of praise even though he was the person responsible for the development of the song. Many Pakistani’s don’t recognize him nor know about his achievements. 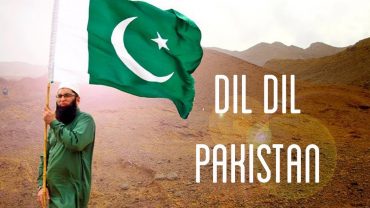 Despite being forgotten throughout his career, Nasik is now receiving praise and appreciation for his work for Pakistan. Even the Punjab Chief Minister Usman Buzdar paid tribute to Nasik while mentioning that Dil Dil Pakistan is indeed Pakistan’s pride. He even grieved for Nasik’s family. Once again, Pakistan has lost a kind and dedicated soul.

As Nasik grew old he started to lose his eyesight. Not to mention, he also had amnesia. He did suffer in his old age.

However, now Nisar Nasik’s death will serve as a reminder to cherish people behind the scenes. Punjab Institute of Language Art and Culture Dr. Sugra Sadaf mentions that Nasik was a talented poet but his manners made him an incredible human as well. “I have known Nasik for decades now. He was not only a great poet but was also a good human being.” She said.

She addresses his last few days where he remained alone without any help from outside. It is quite distressing to imagine that your old age is spent alone with no one around your surroundings to help. She said, “It is sad that his last days were tough on him and he had no help from anyone.” To also further add, “He produced a number of things in his life and did commendable work but, Dil Dil Pakistan made him who he was today.”

Nasik is also an author as he has written two books, Chothi Simat Ka Musafir and Dil Dil Pakistan. 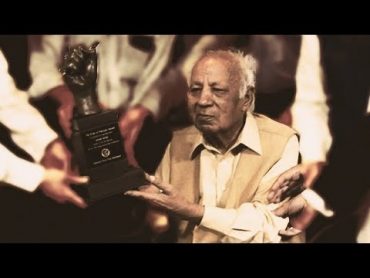 A Sitara-E-Imtiaz laureate Amjad Islam Aslam also appreciated Nasik’s work in poetry and literature. “He was a huge name in the field of poetry and literature. The man had command over modern and traditional writing. We are from the same era and he was a dear friend. Nasik’s personality was different than most of us. He avoided literary gatherings and preferred to focus on work.”

Pakistan needs to treasure its artists before its too late. The death of Nasik will work as a reminder for the nation to appreciate raw talent and poetry.

What do you think of the situation? Do you believe that Nisar Nasik’s death is the only factor that will let people acknowledge him? Share your thoughts!

This Old Father In Sindh Was Beaten Ruthlessly By His Sons For Going To Hajj – While They Wanted His Money!
Pakistani Footballer Abiha Haider Was Selected To Play ‘The World’s Longest Match’ And We’re So Proud!
To Top