A very tragic case that recently occurred in Sindh is reaching a subtle end. Dr. Nimrita Chandani, a final year dental student at the Bibi Aseefa Dental College was found dead inside her hostel room.

Initially, reports had emerged the Dr. Nimrita Chandani had committed suicide. The high-profile murder case has taken many twists and turn but is finally reaching a conclusion. The final post-mortem report of the deceased proves that the young doctor from Ghotki was raped, then murdered. 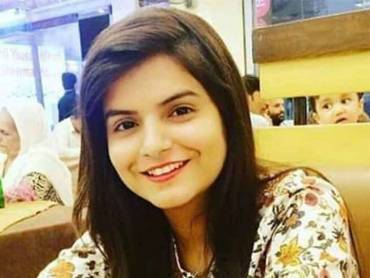 According to the autopsy report, Dr. Nimrita was strangulated which proved fatal. The medical jargon says that her death was caused by suffocation. Furthermore, asphyxial signs caused by ligature were evident on the Dr’s neck.

The post-mortem report reads: “The ligature marks also tally with the information. Such signs are produced either in strangulation or hanging and are to be ascertained through circumstantial evidence as corroborative at the crime scene by state investigation authorities.”

Moreover, the DNA report of Dr. Nimrita Chandani suggests that male DNA was also present on her body. There was evidence of male semen on her clothes a vaginal swab test proved that she had been forced into sexual acts.

Dr. Nimrita Chandani was found dead under mysterious circumstances, which led to different theories. Initially, the Vice-Chancellor of the Larkana Shaheed Mohtarma Benazir Bhutto Medical University (SMBBMU), Dr. Aneela Atta Ur Rehman, had stated that the student had committed suicide. It is pertinent to add here that the VC came to this conclusion without any proof, prior to the police’s investigation.

The case, however, was taken up by Dr. Nimrita’s brother Dr. Vishal. Dr. Vishal works as teaching faculty at the DOW Medical College in Karachi, and he reiterated that his sister was murdered. Dr. Nimrita’s brother had stated that his sister was neither depressed, nor in any trouble. She was a happy-go-lucky person who would never have done such a thing.

After a lot of protests throughout Sindh, especially by the Hindu community, the Govt. of Sindh had ordered a judicial probe in the case. Even though the probe is still underway, the autopsy report leaves little to investigate, apart from the murderer’s name. 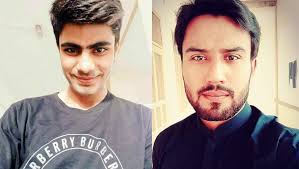 Prior to the report, rumors had even suggested that Dr. Nimrita had committed suicide due to a love affair gone wrong. It was being aired that the young doctor wanted to marry her class fellow, but both their families had dismissed the matter.

However, the autopsy report has ridiculed all such statements and confirmed that the doctor from Ghotki was murdered after being abused. Police had previously picked up two of Nimrita’s class-fellows in the same case. Only time will tell who actually is responsible for this heinous crime.