Our world is appallingly intolerant towards Muslims practicing their rights in broad daylight. Conflict of interests has seen major riots and distress for people who are forced to suffer from the abuse and verbal attacks of bullies over practicing their rights as Muslims. For women, wearing a Hijab has never been easy at all either.

Islamophobia has also escalated as a major blight in disrupting the social security of Muslims around the world. The world has grown intolerant towards Muslim due to the recent major terrorist attacks that are merely attributed as acts by other Muslims. 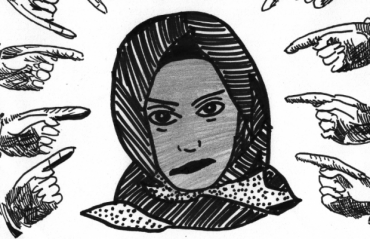 Ask Muslims living as a minority in other countries about how they have been let down by other people, you will hear many experiences. Although a broad change reflects turning the tides of hate against Muslims, it is all due to the efforts of people who like to see the world a far better place.

This significant endeavor is carried out and ranges from mammoth businesses to common people living in a society. Everyone who feels it a communal responsibility to make a difference is engaged in great efforts to counterfeit hate speech and Islamophobia.

In a similar attempt, the leading sportswear manufacturer in the whole world, Nike has initiated a step to introduce sports Hijab for Muslim women athletes. 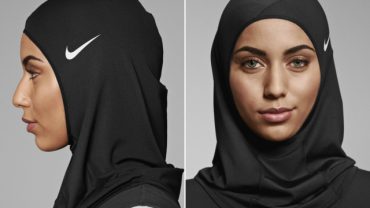 Nike has taken a groundbreaking step by introducing this particular sportswear. It was in development for a year and now that it has been introduced, it has been hit with a good nerve with female athletes.

One athlete, the world famous skater Zahra Lari from UAE was featured in the same campaign. She is delighted by the step.

A sports Hijab is nothing new, many female athletes have adopted it in Olympic games. But, Nike being the leading sportswear manufacturer and a mammoth company having a giant influence over the world is engaged in the step now and it simply shows that it is an attempt towards adopting tolerance for people. It is a campaign that lays great emphasis for the whole world to be forbearing and kind to people.

This sports Hijab is made of a light, stretchy fabric, including tiny holes in order to promote breathability. It comes in many colors and shall be in sales in 2018. 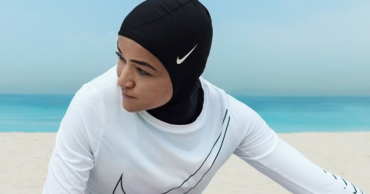 Bottom line is that the world needs such campaigns. It not only resolves problems for female Muslim athletes, it hands them a ticket of absolute confidence when they are taking the global stage to perform and make a name out of themselves. Nike realizing its communal responsibility is a really appreciatable fact.

What do you guys think about the step taken by Nike?

Rabi Pirzada Released Her Version Of Rashq-e-Qamar And The Internet Couldn’t Handle It!
Being Raised In A Society Dominated By Suicide, Will I Be Able To Teach My Children Not To Quit?
To Top