There was a time when Pakistani morning shows were watched by a large audience worldwide because of their relatable and informative content. In the last few years, the caliber of TV shows in Pakistan have stooped so low that they are gone totally out of context. Nowadays, there are just three things left for the morning show hosts to discuss, marriages, gossiping and bragging about their lavish lifestyles. No idea, who is that ‘farig awaam’ who still watches these low-class shows but whoever you are, you definitely need psychological consultation, my friend.

Talking of the famous TV show hosts and their not-so-famous TV shows, ARY Digital’s Good Morning Pakistan is said to be the most watched show in Pakistan. God knows why! Yet again, GMP’s host Nida Yasir is facing sheer criticism over the internet for her display of cheap attitude on national television. The host has been hammered in the past as well for the same reason but the actual thing is ‘paisa agya magar tameez nai ayi.’

Last month, Nida Yasir along with her husband Yasir Nawaz and kids was in Europe on a vacation trip. After her return to Pakistan Nida did her first GMP episode but her cheap bragging pissed Pakistanis to the core. During her vacation in Europe, Nida did some shopping which she showcased on her LIVE show and the way she was blowing her own trumpet clearly showcased her low standards.

Here’s a family photo from their vacation! 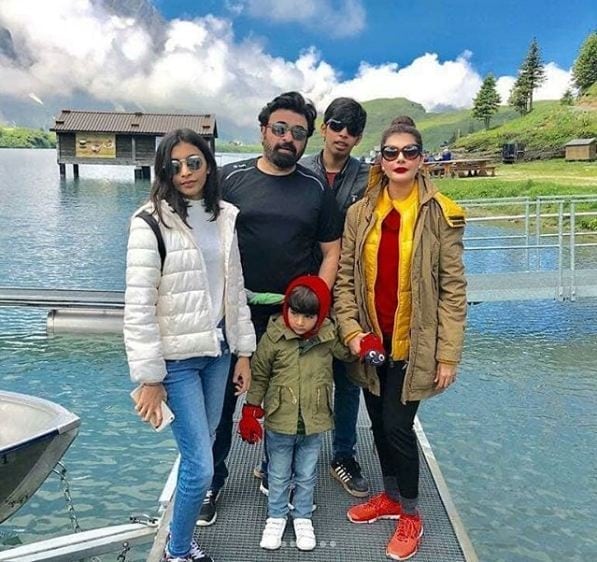 Here you can watch cheap Nida Yasir showing off her shopping!

Started from clothes, went on to bags and then shades too, Nida didn’t leave a single trace of being sane. Even when the guests stopped showing any interest in her shopping, she still carried on with her brag. Pakistanis are furious that how can a renowned TV channel keep up with such a lame personality? Check out some of the comments below!

Exactly! No informative shows these days!

No wonder what has happened to Pakistan’s media industry. These morning shows should be put on lifetime ban or at least be penalized for irrelevant behavior. Pakistan Electronic Media Regulatory Authority (PEMRA) should look into the matter as it has banned these shows in the past as well.

Actor Rami Malek Rejected To Play The Role Of A Religious Terrorist In Bond 25
Meet Nusrat Taj- A Superwoman From Tharparkar Who Drives A 60-Ton Truck To Support Her Family!
To Top