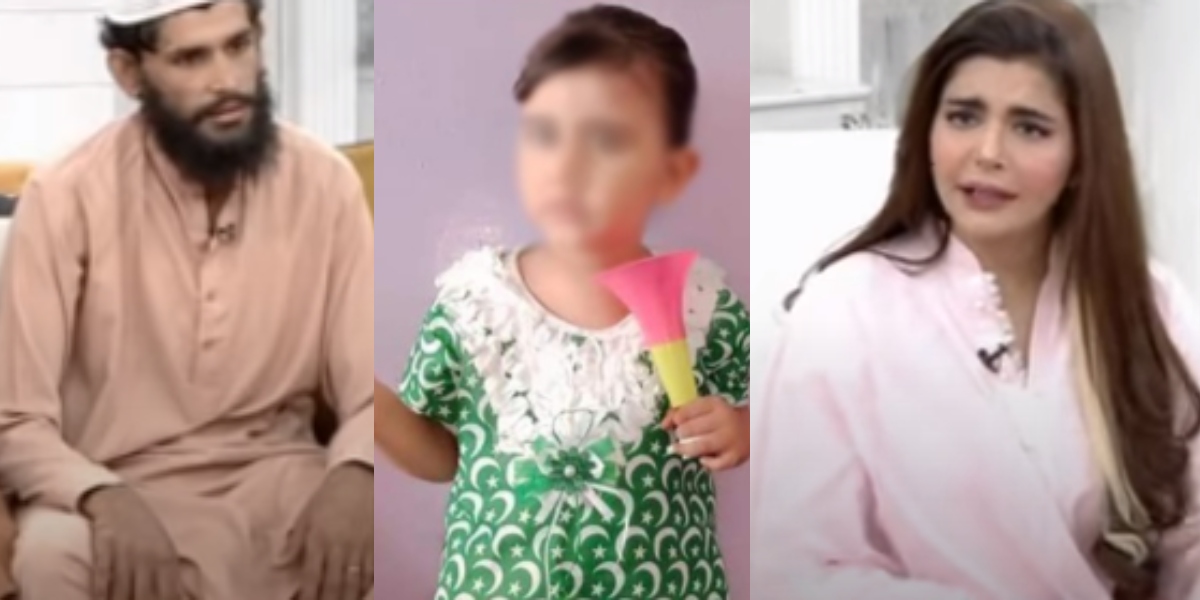 It is appalling to see that sexual violence is slowly becoming a norm in Pakistan. Within just a week, a series of shocking rape incidents have taken place. One of the most shocking incidents was the rape and murder of five-year-old Marwah in Karachi. What is even more shameful is that Nida Yasir called Marwah’s family on her show just for the sake of TRP.

According to sources, Marwah was kidnapped on the evening of Friday 4th September 2020. She had been missing since then, until her body was discovered near her house in Essa Nagri, Karachi.

Marwah was immediately rushed to the hospital, where the autopsy reports confirmed that the poor girl was raped.

She also received a blunt force trauma to the head; before being thrown in the garbage. The entire country is still shocked by the sexual violence endured by the five-year-old.

To make the most out of this opportunity, Nida Yasir decided to invite the father and grandparents of Marwah on her show. It had only been 10 days since Marwah passed away. However, Nida and her team may have thought that it is the best time to make this poor family revisit their agony and get the maximum TRP for their channel.

In the interview, Nida asked the family of Marwah to narrate the incident over and over again to sell their pain on television.

In the interview, Nida asked the family of Marwah to narrate the incident over and over again to sell their pain on television.

The following clip is a part of the one and a half-hour-long show titled “A Cute Little Girl Marwah’s Saddest Story.”

Nida asked several insensitive questions such as was her face recognizable when you found her in the dump? How did you know she was raped?

Several other pointless questions were asked by Nida Yasir from Marwah’s father over and over again. In reply, Marwah’s grandmother could just answer in pain and tears. She didn’t want to listen to it and revisit the tragic incident. However, Nida just wanted to pile up on her misery by asking her about the details of the incident again and again.

Nida Yasir’s interview with Marwah’s family for TRP has angered social media users as #reportpemra is trending all over Pakistan. The citizens of Pakistan have requested PEMRA to ban Nida’s program for good. Many people think this whole episode was unethical, insensitive, and completely inhumane.

One of the Twitter users said that the Nida and her team are shameless for conducting such interviews.

Another user said how toxic Pakistani media has become.

It is truly shocking to see that humans could stoop to such a poor level. People like Nida should ask themselves if TRPs are the only thing they care for? Let us hope that some sense does prevail in the media for not acting as opportunists on somebody’s misery.

We also hope that Marwah’s family gets the justice they deserve. Above all, we hope that rapists get punishment for their crimes.