These days famous personalities from Pakistan’s entertainment industry are creating quite a debate on social media. As everyone needs some masala in their lives, slamming someone on petty issues is not something new for the digital awaam.

Last week, TV host and actor Nida Yasir came under hot waters when a video from her morning show resurfaced the internet. The star has been under bashing lights in the past as well because of her cheap acts. Apart from her drama-acting, Nida Yasir has mainly been hosting the famous morning show “Good Morning Pakistan” since the last few years.

The ‘Nadaniyan’ actor was on a family vacation to Europe last year. After rejoining her morning show, Nida Yasir showed her shopping live on her show which she did while on vacation. The uncanny act was not received well by the audience and a wave of hateful comments poured in. Some even approached her husband Yasir Nawaz, who also holds a good name in the entertainment industry and complained about her.

If you haven’t watched the episode, here it is!

Well, Nida Yasir was all silent till it was her being criticized but when it reached her husband, she couldn’t hold it anymore and clapped back to the criticism. She even took the name of the women who messaged her husband Yasir Nawaz complaining about her and called it ‘harassment‘. Nida Yasir even warned the so-called critics that she won’t spare them if anything like this happens again.

Nida Yasir said, “There are people who like to gossip to create misunderstandings. Most of you are very kind but there are some women who cannot see me and my family happy. Some women have been complaining to my husband on Instagram. Social media is being used for mere gossip now. Such tactics have left me beyond shocked.”

“It is extremely wrong to tell on me to my husband. If you do have any sorts of complaints about me, then talk to me. Keep my husband out of it. Stop this childish behavior. I don’t understand why these women felt the need to create a disturbance in between my family. Thank God my husband won’t really take any notice of it but why would you want to ruin someone’s family life?” she added. 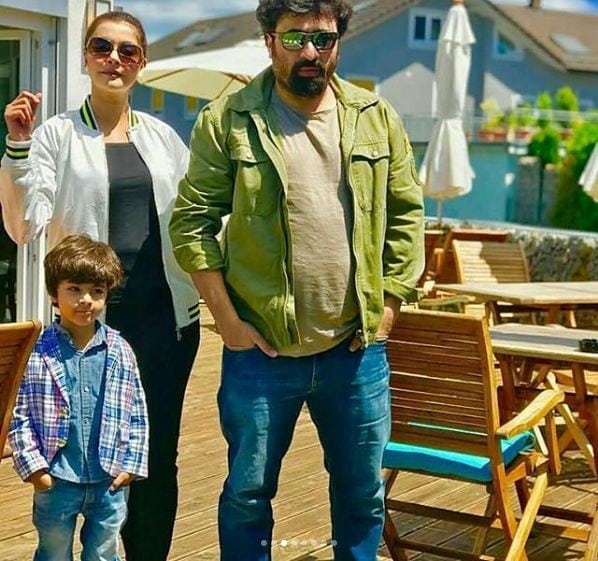 Talking about the ‘show-off’ stance, she stated, “I did a show last year and it somehow has resurfaced. When I say you are my friend, then that means I’d share everything with you. Let it be good news or bad. I believe there’s a certain bond I have with my audience. If I went on a vacation and did some shopping and showed it to you all, what was wrong in it? There was much unnecessary spitter-spatter on the subject. I don’t understand how flaunting the items I bought on sale would equate to showing off?”

The star further added, “If I can’t afford such nice clothes every day, does that mean I should stop wearing them? Please expand your thinking. If you love us, please support us. Don’t bash or hurt us. By trolling, you’re targeting us. Worst of it was when my husband was named in this mess. He was pestered that your mother just passed away and your wife is doing all this on her show. It’s last year’s video. What kind of people are you?”

“I’ve decided that from now on, if I see someone abuse me or drag my family in this mess, then I will be taking action. I will name, shame and report such women. If I work in the showbiz industry, does that give you the warrant to disrespect me? Zeenat, (I think that was the name of the woman who reached out to Yasir) should be ashamed of herself.” Nida gave a shut up call to the haters.

Nida Yasir has now cleared all the mess that was being created on her and her husband. Hopefully, it won’t be hard now for the internet nazis to understand how hurting negative words can be for others.

TV Anchor Mureed Abbas Was Killed By His Own Friend Over Money Dispute In Karachi And This Is Tragic!
FBR Expands powers of DG ITO’s
To Top