Nicki Minaj Performing In Saudi Arabia Calls Out For Trouble|Parhlo.com

A very high profile concert is set to take place on July 18th at Abdullah Sports Stadium. In the rule of previous rulers, concerts were not a thing that happened in Saudi Arabia. No bars, no movies, no concerts! But with the new prince in power, things have been changing a lot lately.

So, this alcohol-free concert that is going to feature big names like Liam Payne, R3 Wire & Varski, and Steve Aoki also has a famous female rapper enlisted, Nicki Minaj. However, her decision to perform in the concert is not being taken well. Neither by Human Rights Foundation nor by the rest of the world. The Foundation has called out Nicki Minaj to cancel her concert via an open letter.

It sounds a bit odd that a Human Rights Foundation is concerned about some concert in some country. Well, the case here is different. It’s not about the concert or about the country, it’s about the ruler of the country and the laws. This concert is being arranged in Jeddah World Fest organized by the Crown Prince Mohammad Bin Salman.

Time for a little background on this particular individual. Mohammad Bin Salman is the recent ruling authority of Saudi Arabia. And under his rule, there have been some questionable incidents. The world assumed that the incidents were back up by his orders. One of which was the assassination of a journalist and critic of the Saudi government, Jamal Khashoggi, in Istanbul. However, the letter written to Nicki did not mention this part. The government according to the law has also been ordering arrests and imprisonments of anyone who raised their voice against it. This included many women activists and even the ones who made a social media post sharing their opinions. Also, they recently beheaded some men for being gay. 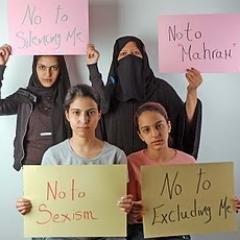 These ‘Violations’ Are Justice According To Saudi Law

According to the law of the government, this isn’t something against human rights. Since it considers absolute liberalism a corruption of minds and souls of the humans hence have defined punishments for it. The law is based on Shariah, advocated by the Wahhabi movement.

But, to the whole world, these laws are brutal and violence of human rights. Which is why Nicki Minaj is being criticized for performing at a concert which is financed by an individual who orders this brutality.

The letter asks Nicki to withdraw her performance from the concert. The reason being the law of the country. It has been violating women rights since ages and continues to do that. And Nicki Minaj being a public figure with so much influence performing at this concert would have a negative impact. The letter further mentions the details of the human rights violations in Saudi Arabia.

Also Read: Till When Will They Keep Punishing Bloggers For Speaking Up?!

It also sheds light on the fact that Nicki just celebrated Pride Week. Which was to stand in solidarity with the LGBTQ community. So her performing in a country that executes homosexuals is questionable.

You seen ‘queer ally’ Nicki minaj is doing a concert for Saudi royals? Only 3 days ago she was making her pink dollar at pride, now she’s off getting her homophobe dollar!

Halvorssen, a human rights advocate writes, “Yet, if you move forward with this performance, you will be condoning, and serving the public relations needs, of a government that executes homosexuals for the ‘crime’ of being who they are.”

Nicki Minaj Letter by on Scribd

He also questions the Hollywood reporter that what is Minaj thinking? “How does she participate at World Pride one week and then hop on a jet to collect millions from a regime that beheaded five gay men this past April?”

Opinion Of The Public

Besides the Human Rights Foundation, the general public has also been talking. They are also suggesting Nicki to drop it.

Dear @NICKIMINAJ why are you performing in the most gender-segregated county on earth? Saudi Arabia imprisons & tortures women. Please cancel #JeddahSeason & call for release of Loujan al-Hathloul & other women #NickiMinajDontGo https://t.co/xiM6vvwphp

It’s sad Nicki minaj would be performing in KSA considering her sex-oriented lyrics and onstage persona. It’s even ironic for a state that insisted a woman must wear an abaya or some kind of veil, do u expect people to go to a nicki minaj concert with abayas??😅 wrong signal.

Another section of Muslims is even questioning the performance of Nikki Minaj in a Muslim state. As she has clearly been disrespecting Islam previously.

Really appalled #SaudiArabia is letting #NickiMinaj perform when she clearly insults Islam and says, “Assalam Alaikum, where the f** is Akbar?” In Beam me up Scotty..

However, there has been no response to the controversy from Nicki’s side at all up til now.

What do you think about the change of wind in Saudi Arabia? Let us know in the comments.

Pakistanis Are Criticizing Female Celebrities Who Wore Revealing Clothes At Awards, Following Indian Culture
An Engineering Student, Saqib, Committed Suicide Due To Stress Of Failing The Same Course Many Times!
To Top