Happy New Year, guys! It’s the morning of 2018 and while we shall take a while to get on with the fresh year, let us reflect upon how we bid farewell to the bygone year. 2017 was a bumpy ride. It may be true to say that 2017 was one heck of a year in all sorts for our country, Pakistan.

Now, as the New Year’s Eve approached, we anticipated the same bleak picture as there had been for the last many years. Although a ban on pillion riding and aerial firing, etc., is always a good measure, there have been major restrictions on all forms of celebrations one could possibly do on New Year’s Eve. But it was a different story this time. Not only the government decided against proposing bans on major roads and recreational areas for the public, it actually allowed people to enjoy as much as they could. 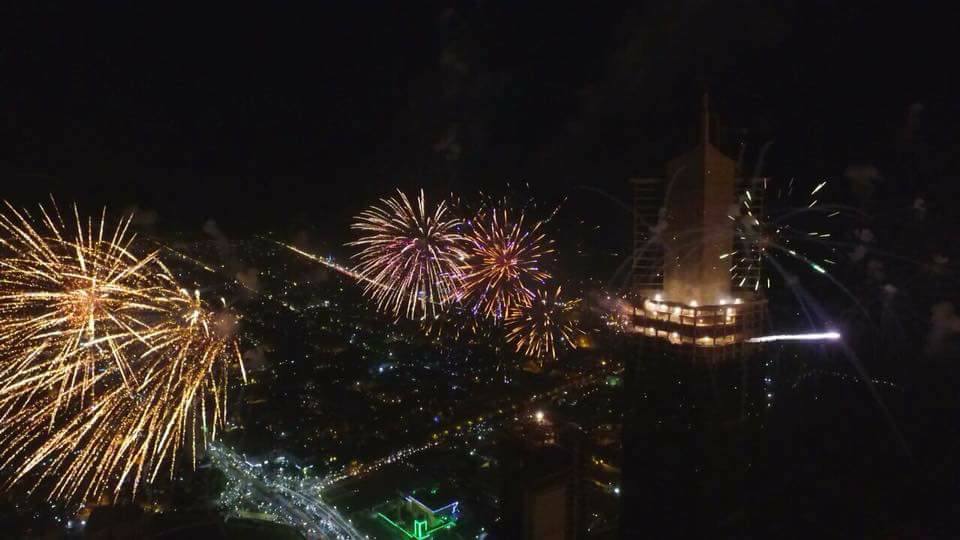 With that being said, as the clock hit 12 am and the whole city was roaring with Karachiites going absolutely crazy! The sky was lit in different colors as a grand show of fireworks was held in different parts of the city. People flocked to witness the beautiful moments and the scenes were unreal!

As the clock struck 12, Karachi went beautifully mad. Roads jammed by honking cars, massive firework displays and best of all, kids everywhere! The city has come alive again. It's been a long wait. pic.twitter.com/QSC5t6Usi7

Karachi never sleeps and it was witnessed last night! Look at the excitement of all these people…

Happy New Year 2018???????To All My Friends, Family, Well Wishers Around the World!! Had a Great Time Watching live Fireworks at Bahria Tallest Tower of Pakistan in Karachi..?? pic.twitter.com/GoX5huquFa

As usual, when the whole city is out on the roads, scenes like this are inevitable!

Man, I wouldn’t want to be there, seriously. Let’s just hope it was all worth it.

Moving on… everyone is discussing that Dubai pulled off a lackluster this year. It’s a place where everyone wishes to spend their New Year’s Eve but looks like, Dubai disappointed a whole lot of people this year.

The city didn’t have an iconic display of fireworks, instead, they pulled off a laser show that failed to appeal the crowd on a huge scale. Well, people on social media cannot stop discussing how disappointing it really was and here’s a glimpse of it:

Anyway, we have a new year now and let’s pray this year turns out to be better for mankind. Our sincerest wishes go out to all the people out there.

How did you spend New Year’s Eve?