So, recently, many of us in different cities of Pakistan received water bottles with our favorite superhero characters by NESTLÉ PURE LIFE. They were given out during regular water delivery schedules, but our excitement to have received them was another! Did you get them too? As a DC fan, it did feel like a treat of bountiful excitement to me.

Shortly after, there was an abundance of dialogue on social media about these superhero water bottles. They were normal bottles containing water and were custom wrapped in a particular superhero’s theme and everyone seemed to ask what was going on?

NESTLÉ PURE LIFE has made drinking water an exciting thing for kids so that they’re encouraged to drink more!

As words, arguments, comments flashed everywhere, people could not seem to conclude what was happening. We got the word for it and basically, it was based on a pretty thoughtful purpose.

Recently, there was a NESTLÉ PURE LIFE Superheroes Meet at Fuschia Kitchen in Lahore. Many notable members of the community joined up and it was all about promoting healthy hydration among children.

Among the names, there was the CEO of Depilex, Musarrat Misbah, the renowned fitness trainer from Iron Box Sameer T. Malik and the Founder of “Foodies R Us”, Asad Sheikh. 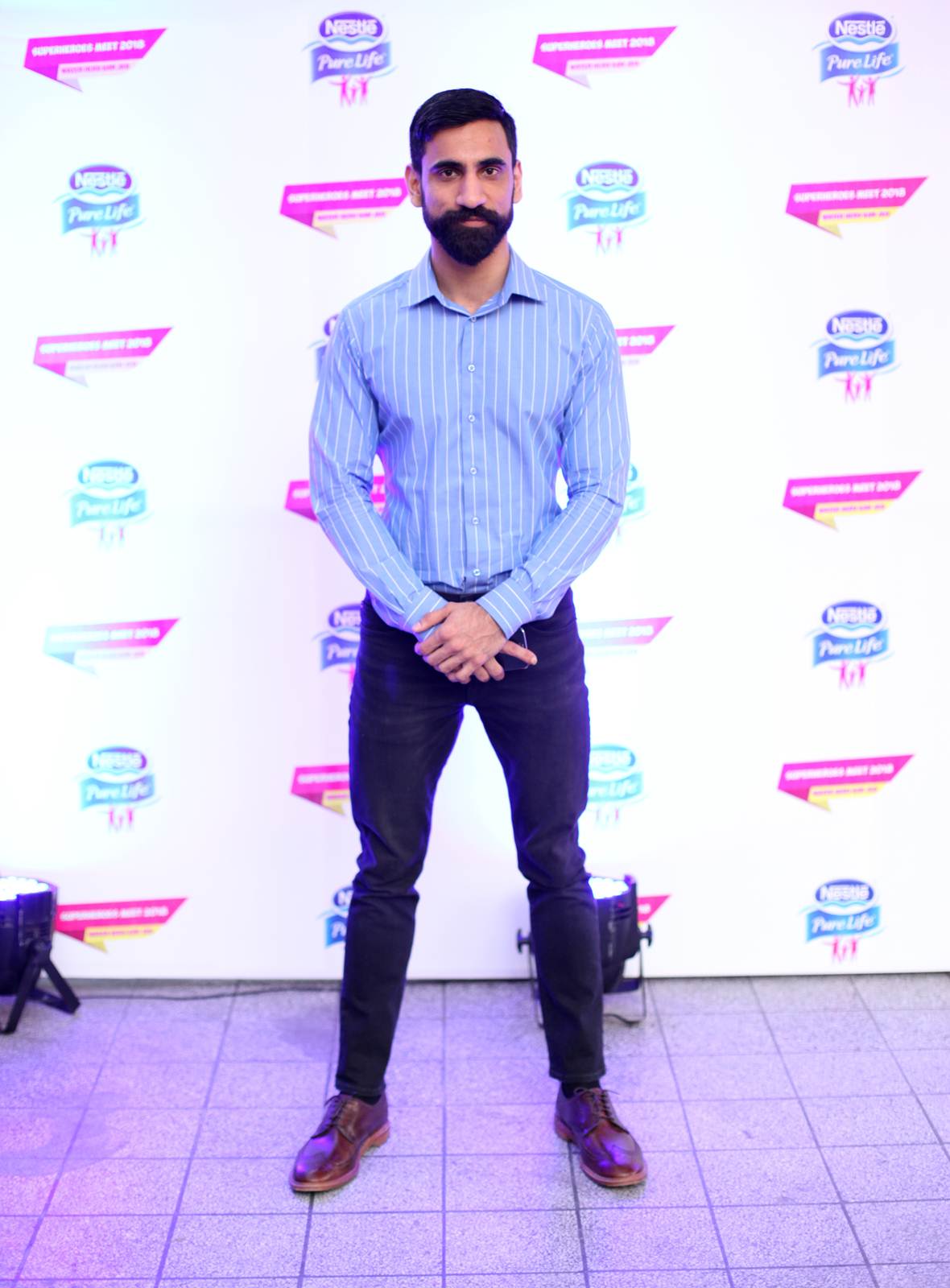 The event was all about growing maximum awareness among masses about the importance of children staying hydrated.

To infuse a light and engaging mood among the audience, Khalid Malik with his devil-may-care persona made an appearance. This interesting segment involved telling childhood stories about ‘nicknames’ and the guests were asked that if they had superpower with a nickname, what would it be. 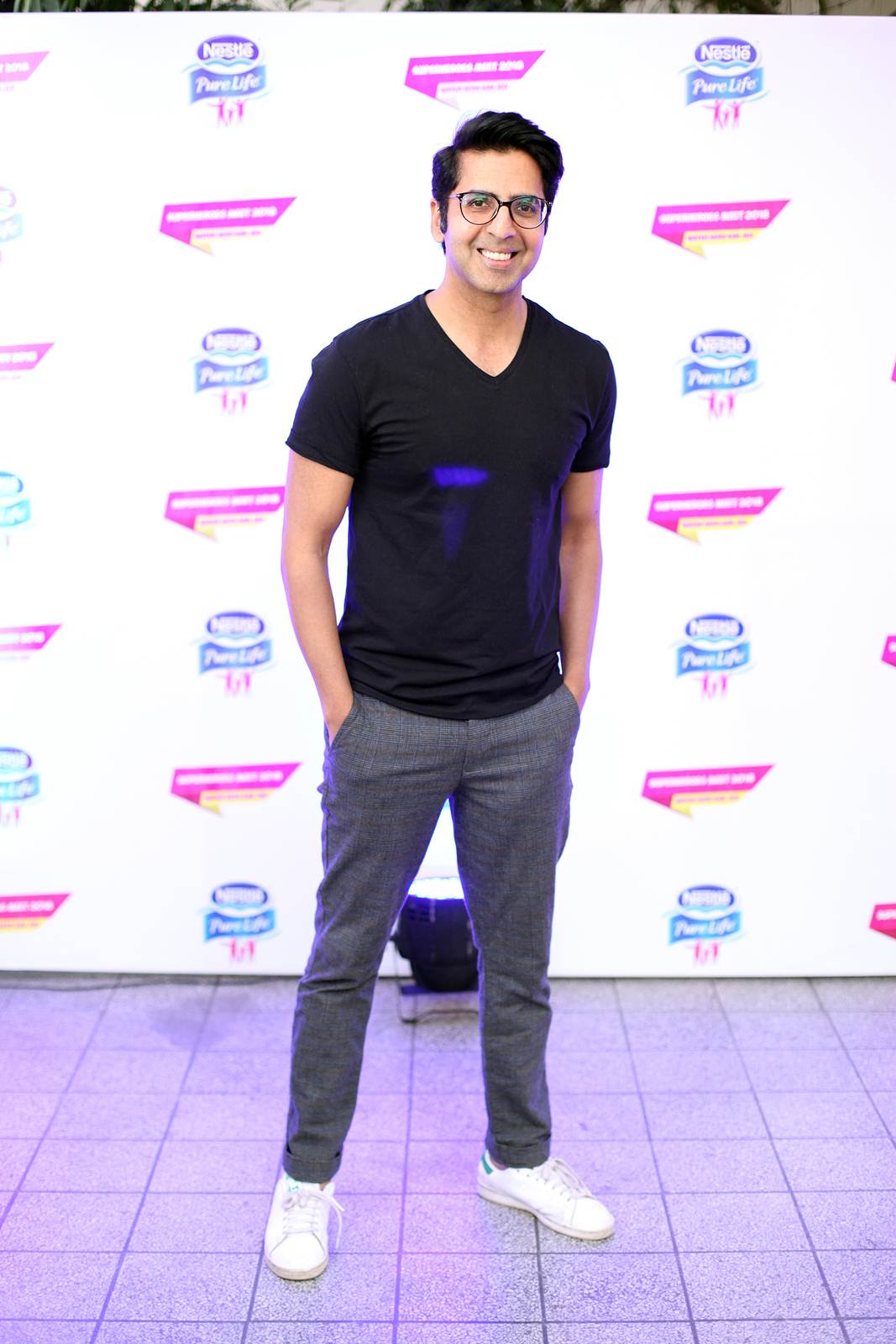 Next, we were joined up by a real-life superhero, Nyle (age 5) who himself is fond of superheroes!

Followed by, a quick game round was set up for the guests. Teams were made among guests, based on superheroes like Batman, Superman and Flash, respectively. One member of each team held up a placard with a word written on it that the rest of the team had to guess while avoiding certain words also mentioned on the placard. 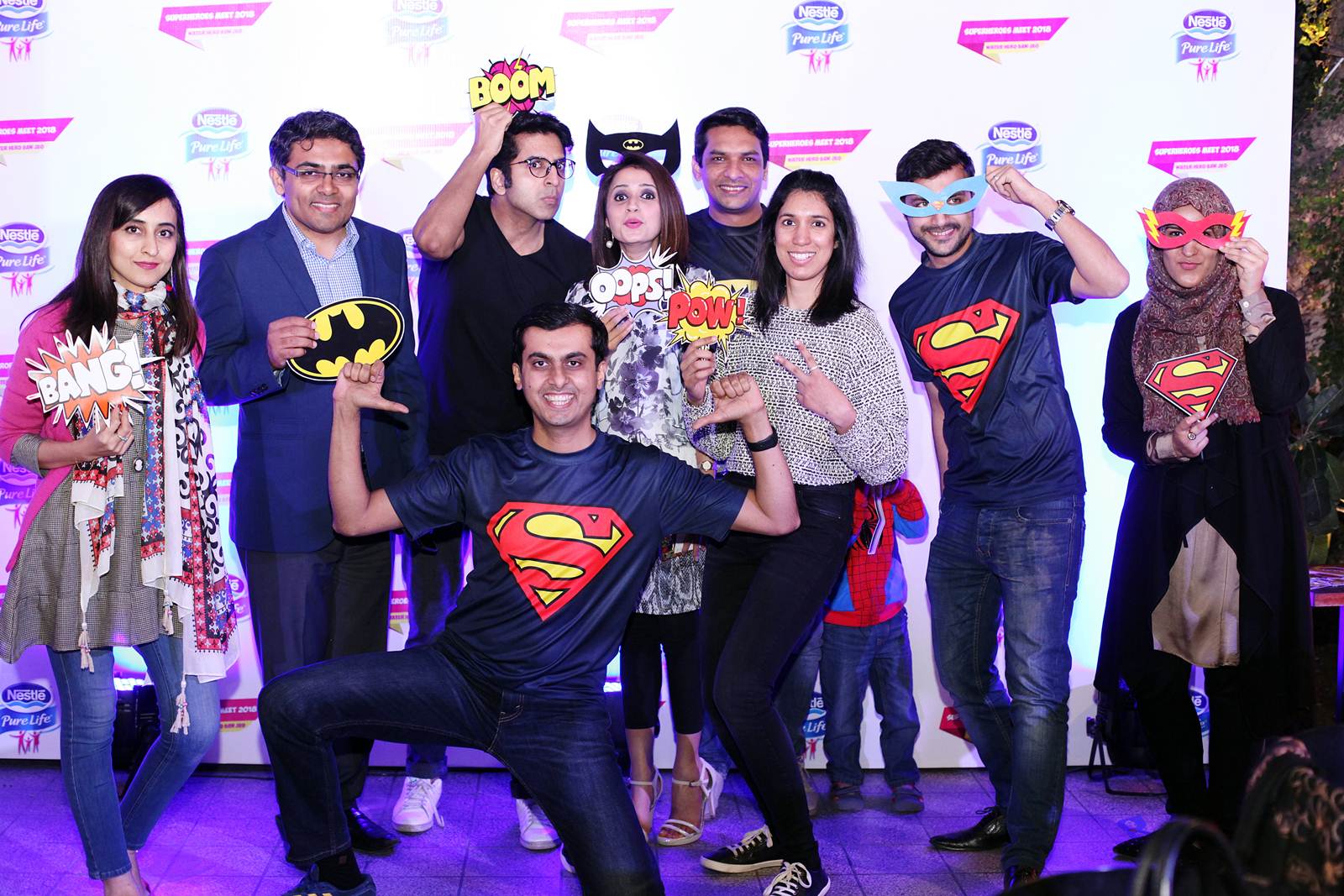 Iraj Sohail and Affan Cheema addressed the audience on the matter of children being more vulnerable to hydration and that how their bodies suffer from less development and malnutrition due to lack of proper hydration. Here are the key takeaways: 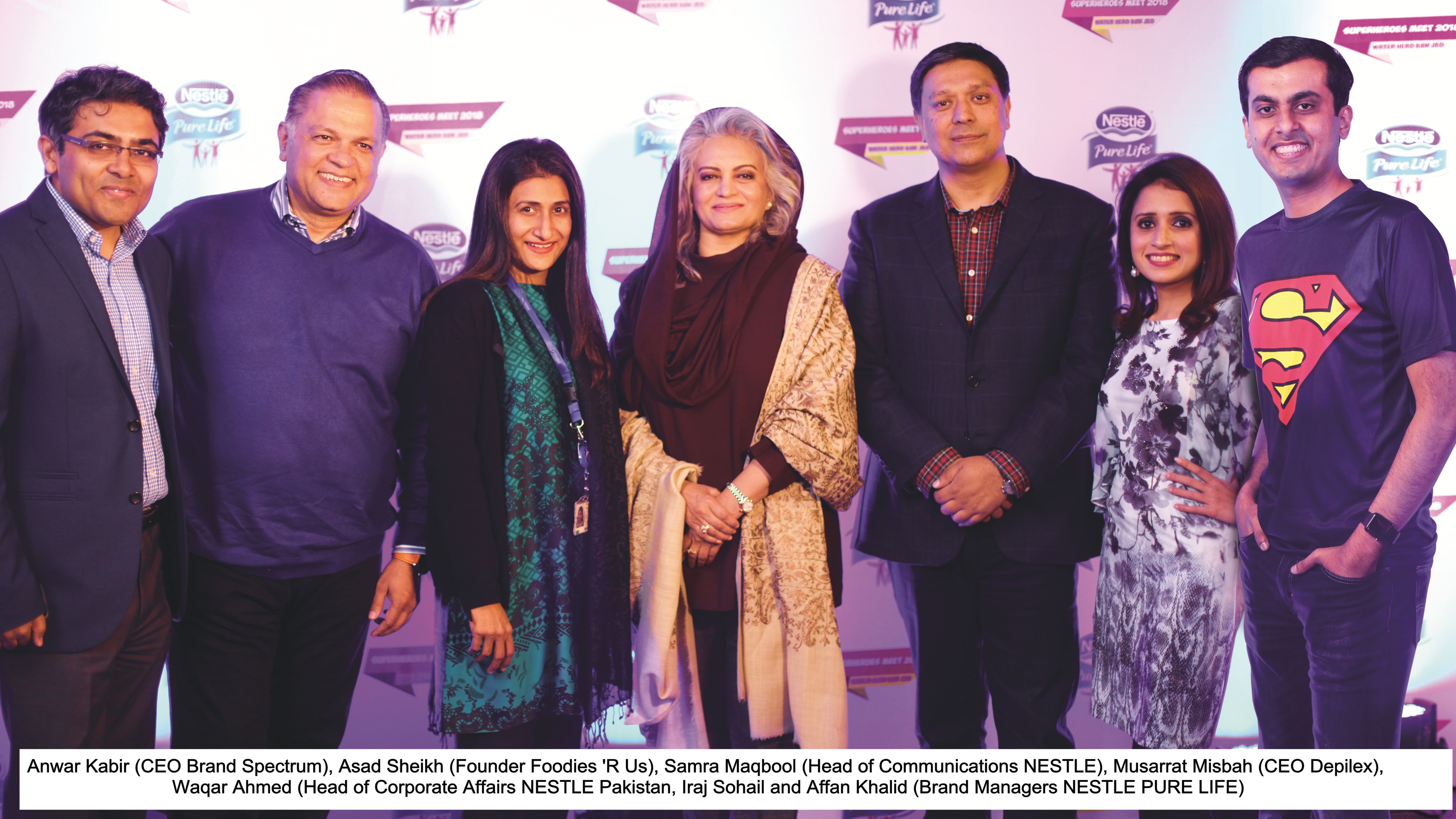 NESTLÉ PURE LIFE is pushing all boundaries through the Superhero Bottles initiative. It’s to encourage more and more children and make drinking water an exciting activity. Incorporating colourful packaging and superheroes like Batman & Superman which every child looks up to, it could definitely instil a sense of encouragement among them!

We are ardent proponents of this idea and we absolutely pester for every positive and healthy activity that accounts for the good of our children.