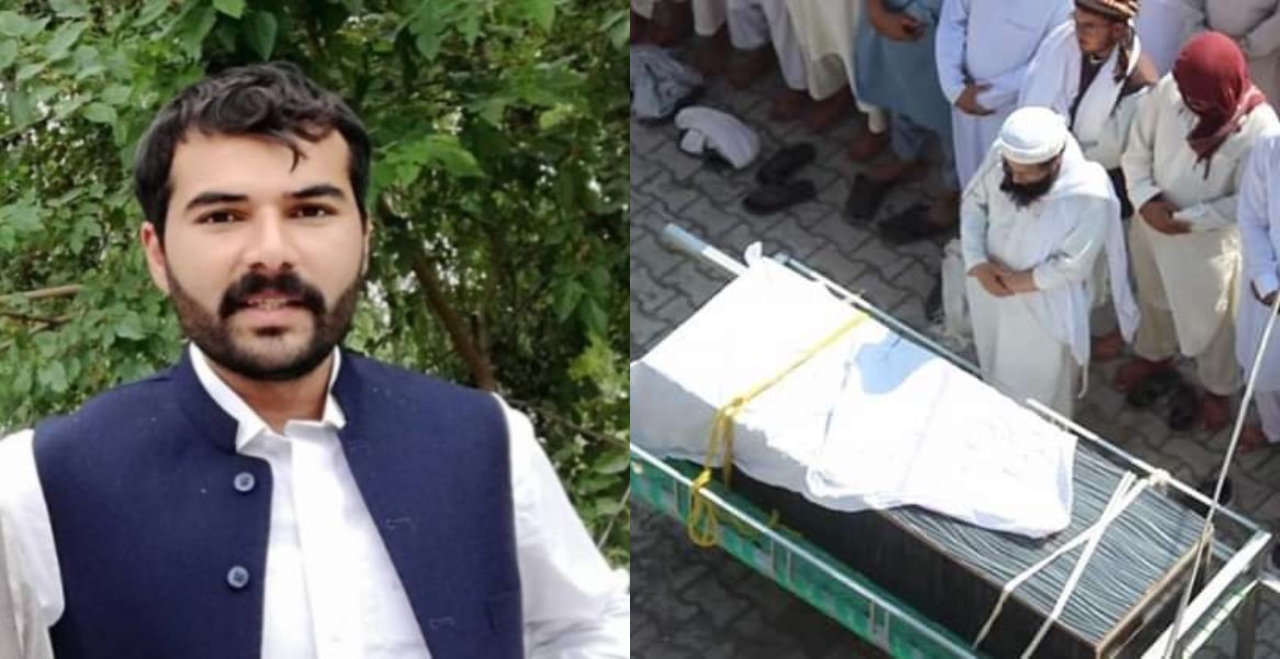 Dr. Asfandiyar, 27, a husband and a father, with a promising future ahead of him was brutally snatched of all by his neighbor. They gunned down the doctor over a petty water dispute in Katlang area of Mardan.

The doctor’s father Taj Nabi Khattak also became a victim of the neighbor’s brutality. He suffered severe injuries in the incident.

Meanwhile, Khattak has identified the culprits who are sons of influential persons. According to the statement, they opened fire on the father and son close to iftar time on Monday, April 27.

The dispute over mosque water

Dr. Asfandiyar was married to a doctor from Lasbeela. They have a year old son also. Asfandiyar belonged to an educated family as his father is a grade-19 officer. He has also served as principal in other government schools in Khyber Pakhtunkhwa. Nither politicians, political party nor the police are showing concern for the incident. Any politician has also not even acknowledged the mishap on social media or any other platform.

Upon seeing this reaction, the deceased relatives said they would not bury him until the culprits are caught. However, the local authorities persuaded the family to carry one with the funeral. They promised them to find the culprits and arrest them soon.

Read More: This Muslim Doctor Was Almost Killed For Using Zakat To Save A Christian Patient 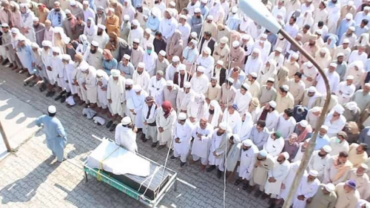 Authorities are showing less interest. On the other hand, people have taken it to social media to let their voices be heard.

Since this unfortunate incident #Justice4DrAsfandiyar is trending on Twitter. People are demanding justice for the Late Dr, his father, and his young family.

we demand justice for Shaheed Dr. Asfandiyar and his injured father who is on vent now. #Justice4DrAsfandiyar pic.twitter.com/r5FbD7fpde

Dr Asfandyar was a young promising doctor who was brutally murdered in broad daylight over a trivial matter. We demand @KP_Police1 to arrest the murderers of asfandyar immediately and make an example out of them.#Justice4DrAsfandiyar pic.twitter.com/E3xBdUqecD

@KP_Police1 will you arrest the ones who orphaned this one year old kid? #Justice4DrAsfandiyar pic.twitter.com/lUOQHeWmS9

The only orphan kid dr Asfandyar left in this cruel world. Who will take the responsiblity to educate and nourish him.His Dad had big dreams for him which he tookaway with himself cux of this cruel and ignorant society.He must ask where is my father.#Justice4DrAsfandiyar pic.twitter.com/5wsGCJuHw5

Dear @ImranKhanPTI
We demand #Justice4DrAsfandiyar who shot dead in his village just over the issue of wasting water with his neighbor .

Dear fellows pls spread this message untill justice is served to this poor family .. Thanks pic.twitter.com/jNOAl2iJBF

Today in the world where doctors are being labeled as heroes for risking their lives battling coronavirus. It is unfortunate that a neighbor shoots dead his neighbor doctor over a small dispute. The police is now searching for the culprits and conducting raids to find them.