Balochistan is the largest province of Pakistan by area with the least population. The COVID-19 pandemic has struck the province badly after the return of pilgrims from Iran. The province since then has been battling the lethal virus. Though rich in indigenous reserves, it has little resources on practical grounds.

Currently, there are 169 patients of coronavirus in the province. Around 19 of them have fully recovered and it is pertinent to mention here that 17 recovered in a single day. As Sindh is in a lockdown situation, life in Balochistan is also at a stand still and the Iran border is sealed. 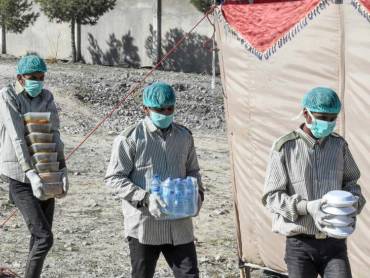 In the province, the question is, are people really getting tested? The answer is no. In Balochistan, particularly in the Quetta region, the climate is dry and cold, flu and cold are normal there. Hence, many are neglecting the pandemic under the pretext of common flu.

As per reports, doctors are also being neglected. The Personal Protective Equipment (PPE) is not being distributed among the front line medical staff. Despite the high claims of the government of Balochistan, the quarantine facility near Taftan and Quetta showed a dismal picture, with tents under the rain and loathsome conditions of toilets.

For @AJEnglish, on Pakistan’s largest single-day spike in coronavirus cases (now 107 in total) pointing to concerns about the quarantine facility at Taftan. Those in quarantine say they are being held in squalid conditions and not being screened properly.https://t.co/zveJrf4bwm

Besides, the most precarious problem is the indifferent attitude of the common masses in the province. Many are not taking the pandemic seriously. Motivated by pseudo teachings, people are ignoring the virus. Therefore, the true quantity of patients is in the shrouds of mystery. No one knows, how many are infected in the province as the tests are not getting done for all and sundry.

However, the government of Balochistan along with the district administration is still trying to evade the pandemic. Balochistan Chief Minister Jam Kamal visited Bolan Medical Complex and provided PPEs to the doctors; the precautionary equipment has been distributed among all the doctors, fighting on the front line. 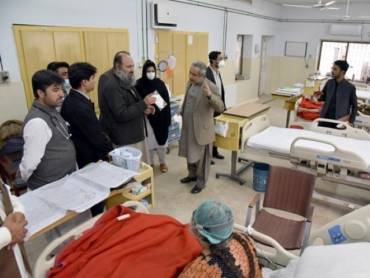 Furthermore, the CM along with district administration, Deputy commissioners have inaugurated MERC service, a quick response team. The team includes doctors ambulance and other health workers to provide quick medical assistance to those having symptoms in corona in their respective homes. Moreover, the government has provided ventilators to the hospitals treating the patients affected by COVID-19.

With the Help of MERC (PPHI) and DHO Quetta, District administration has mobilized the Rapid Reaction Teams. 12 Static Teams and 8 RRTs are available round the clock. Just Dial 1122 in case you need Corona related help. #Quettawecandoit @jam_kamal⁩ ⁦@PPHIOFFICIAL⁩ pic.twitter.com/vvA7pW4B5m

In a nutshell, nothing so far has been enough to fight COVID-19 globally and the Balochistan government also needs to do a lot to tackle the menace. Most importantly, the administration needs to appraise the common people regarding the virus. The government needs PPEs in the province along with ventilators and other equipment. The government should aggrandize its ability to test the people, as the current situation is quite uncertain in the province. Hopefully, the provincial government will be able to cope with the lethal pandemic before its too late.

This Hardline BJP Leader Thinks Indian Muslims Don’t Deserve Equal Rights
Here’s What The World Is Doing In The Covid-19 Lockdown!
To Top