The Negative Perception Society Keeps Regarding Women Driving In Pakistan 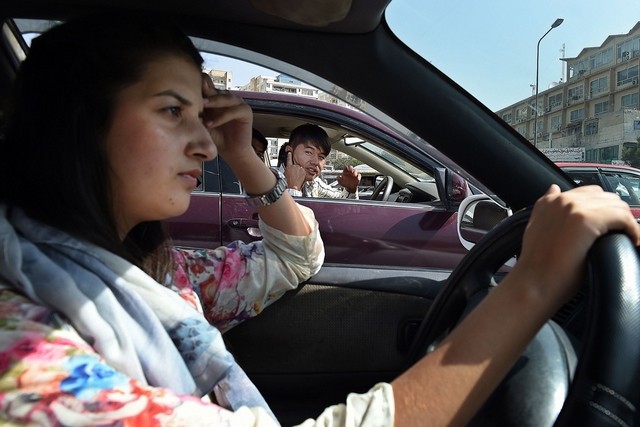 An extremely familiar dialogue to hear on the streets of Pakistan as one observes a female driver in a car nearby. Feminism aside, how ridiculous it is to associate a skill with gender? To be honest, linking all females with poor driving is as naive as linking all Muslims with suicide attacks.

It is a sad truth that out of all the drivers in Pakistan, approximately 95% (or more than that) are male drivers. There is nothing wrong with that as these numbers just give us a picture of our culture. Driving is an important skill that is beneficial for everyone, especially in emergency situations.

The public transport system in Pakistan is downright pathetic (might be on the verge of improvement with these metro buses), so it is necessary for people to learn to drive and have their own conveyance.

However, those 5 % of female drivers are bound to get criticism and taunts for no reason other than their gender. Are there any statistics to show that women are reckless drivers? If you have a look at the news, it is the men who are involved in road accidents.

Gender equality has been a major issue in our country for a long time. For some reason, old school families still believe that the girl should not be driving.

And to top it all, girls who are brave and confident enough to come out on the roads in their private vehicles are subject to pointless criticism. Instead of encouraging these courageous girls, we shatter their confidence by judging them on their femininity.

I encourage my fellow Pakistanis to put an end to this discrimination. The shocking part is that most of these comments come from the educated class, from whom you expect sensible opinions. At the end of the day, why even involve gender in a skill like driving?