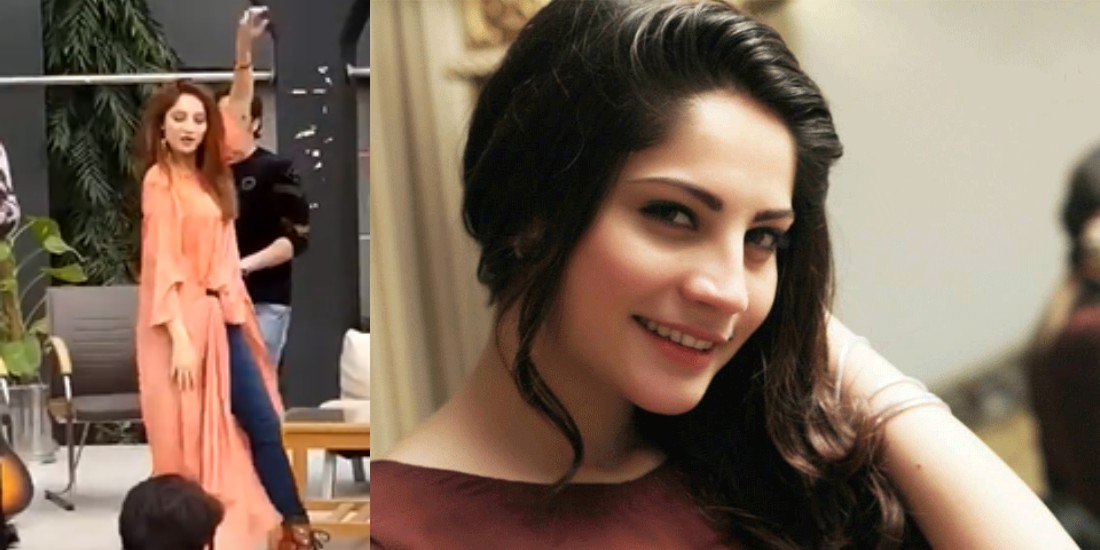 It is widely believed that dance is the hidden language of the soul of the body. But in our country majority of the mindset contradicts with this thought process mainly because of our religion. However, still being ardent on dancing like nobody is seeing, the beautiful actress and model Neelam Muneer danced yet once again. Having said that, the actress in the past got badly bashed when her video of dancing in the car hit social media. It sparked a debate pretty easily as a women dancing is equivalent to a sin. Although, the actress, later on, tried to clear things up through her video message.

THE CLARIFICATION FOR THE VIRAL CAR DANCE VIDEO

Being part of an upcoming film, Chupan Chupai releasing on 29th of December’17 Neelam Muneer is busy promoting the film along with her team. The actress has been seen dancing all along as the promotions of her film are in full swing. During her visit at the University of Lahore, she was requested to dance by the audience. Being a dance lover and a sweetheart, she danced to the song Mahi Ve which is the exact same song that she danced on while she was in the car in her previous video. The crowd loved her for fulfilling their request and kept on cheering her throughout her performance.

WELL, THE AUDIENCE WANTED HER TO PERFORM THIS TIME

The reaction of the crowd can be sensed through the video as they all loved seeing her dance and kept on requesting for more to which Ahsan Khan requested them all to dance to the same song. Hope their film is a great success.