Over the last few years, Pakistan’s drama industry has picked up on societal problems and has started showcasing these troubles in the most real manner. Different taboos are being showcased through different dramas, where if not everyone, at least some of the viewers can relate to.

One such drama is being aired on Hum TV these days, titled Nazr-e-bad. The drama showcases one of our society’s worst taboos; cousin marriages and what happens when things don’t go as planned. Azfar Rehman, the veteran Pakistani actor who is playing the antagonist’s role in Nazr-e-bad, has done a terrific job with his acting skills. 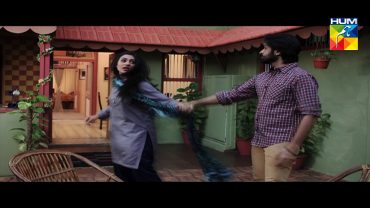 The story is messed up, definitely, but one that is very common in Pakistan. Maham, the girl, had been promised to her paternal cousin, Azfar Rehman. However, as they grow older in the same house, Maham doesn’t fall for Azfar, but is given in marriage to her maternal cousin, Aftab. This is where the show gets interesting and picks pace. Azfar Rehman, who had been in love with his cousin since childhood, saw her as his future wife, gets heartbroken and resorts to the most devilish of techniques to ruin Maham and Aftab’s life, something that was started by his own mother. The use of black magic.

Maham and Aftab get married and things start falling apart between them, due to the constant doses of black magic they had been sent their way by the villain. The fights, the lack of trust, it all takes birth from scratch. Azfar then learns the art of black magic and starts to make a living out of it. Now, many might think the idea is far-fetched and these things don’t happen anymore. Well, you’d be wrong to think so.

First of all, the ambiguous cousin marriages that are very common in Pakistan are considered taboo everywhere else in the world for a number of reasons, which includes the medical and health perspective. Furthermore, it is also ambiguous because cousin marriages go both ways, paternal and maternal, which is showcased in Nazr-e-bad. The show also talks about the taboo of promising cousins in marriage while they are children, which usually backfires when they grow older.

The presence of black magic in Pakistan is real and happens almost everywhere. When things between families don’t go right, it is often thought that some member of the family might be putting them through the painful process of ‘kaala jaadu’. Nazr-e-bad is highlighting this harsh reality through its cast and all the actors are doing a terrific job.

Dear Society, Allah Created Me As A Transgender And It Is Not My Fault!
We Need To Talk About Female Genital Mutilation In Pakistan, The Taboo That Nobody Discusses!
To Top